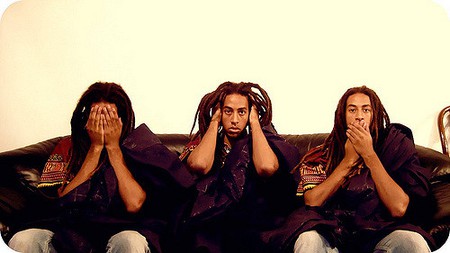 When many Rastafarians repatriated in an effort to reconnect with Africa, Ghana was one of the preferential places, because Nkrumah and his team had galvanized resistance across the African continent against colonial rule and Ghana had become the Pan-African hub. 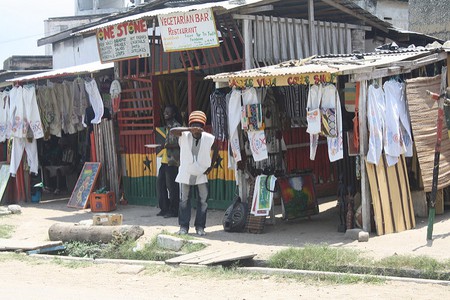 Rastafari as a “way of life” therefore proliferated as a movement with social and political stands. In relation to the history of Ghana (formerly Gold Coast), Rastafarianism tied in”Bobo Ashanti,” founded by Prince Emmanuel Charles Edwards in the 1950s in the spirit of paying homage to the ancestors violently removed from the Ashanti kingdom.

Emperor Haile Selassie I of Ethiopia‘s passion about the Back to Africa movement, promoted by Marcus Garvey, encouraged persons of African descent in the Americas to envision the “sankofa” concept, which is the return to their roots. However, they saw that the transatlantic slave trade’s forced exile from Africa and across the Atlantic had truncated the possibilities to recover connection to culture, languages, and descent groups, and the re-connection process with the people and places on the continent as a “homeland” was lost on them.

The most striking crusades for repatriation to Africa in the diaspora in the 20th and 21st centuries were enforced by Rastafarians, propelled by the vision and pursuit which designed the movement’s evolution. Ghana had racked up the African diaspora populations’ appeal when it became the first sub-Saharan African country to accede to political independence in 1957 in Nkrumah’s time, latching onto the symbolic import for the goal of expression of a Pan-African construct, as such concurring with the Rasta mantra. 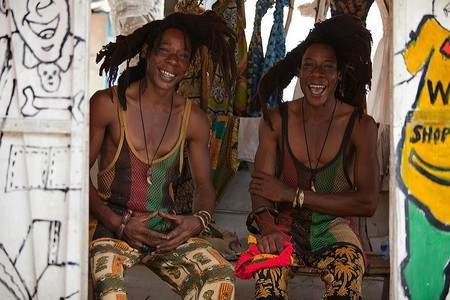 Rastafarians link with Ethiopia through the deification of Emperor Selassie and the colors of the flag. The Ethiopian flag defines the Pan-African traits via the red, gold, green, and black colors, signifying the blood shed through resistance by ancestors, minerals, riches of the land, vegetation cover, and the people of the land. Ghana has the same colors in its flag. Rastas use three or all four of the colors and an effigy of the lion of Judah to symbolize their way of life.

Rastafarians yearned to ensconce a “home” in a space which had, one way or the other, been inhabited by their ancestors, and at the same time activate Rastafarian Pan-Africanist ideologies and philosophies. Scholars and leaders like W. E. B. DuBois and George Padmore who worked closely with Nkrumah incited socially political movements, stimulating the Pan-African conception and since independence had given Ghana the deserved mecca status, Rastafarian repatriates from the Caribbeans returned to settle.

To avoid stigmatization, some Rastas have removed their locks and others have never grown them. The Ghanaian society’s response has not been affable towards those who chose to grow their hair due to the Westernized educational structure which is against it, making employment possibilities a blurred issue. Some directly connect it to marijuana usage. Rastas enunciate that the significance of marijuana as a spiritual and medicinal gift from Jah should make it considerable as a legal commodity, but Ghana has not yet made arrangements that permit social and medicinal uses of marijuana; its use is stigmatized as deviant.

The maximum sentences for growing, usage, and distribution of marijuana is up to ten years imprisonment, though Rastas in Ghana have underlined that cannabis is marginally different from cocaine or heroine. Since it has been classified as an unlawful drug, it has been difficult to advance the benign medicinal properties of marijuana in Ghana leading to its furtive use.

Rastas in Ghana are generally anti-consumerist. Contemporary Ghanaian society, on the other hand, is immersed in high consumption, since a high-end lifestyle is linked to success. This contradiction magnifies the dissonance in Ghanaian society as Rastas renounce “rat race” capitalist society constructs.

In Ghana, particularly on the coasts, there are many Rastafari places of worship. Kokrobite is quite popular, unlike Barbara’s Village, behind Langma beach. At Big Milly’s there are drumming workshops hosted by Rastas.

The sound of live music and the free air brightens the mood of fishermen tugging at nets on the non-littered Kokrobite beach in the day time and Rastas find the shine bouncing off their dreadlocks away from the cloud of chatter. Crabs run into rock pools as the sun goes down and colorful sheds cast shadows and calm on traders stacking beads, shell pendant necklaces, brass sculptures, and paintings, awaiting the chance to make clients out of tourists from all over the world.

You can get a T-shirt of your favourite reggae musician or tie-and-dye wraps near Oasis Beach Resort in Cape Coast. The open air beach space near the Cape Coast castle sits right next to a Rasta community. Lines of vacationers accumulate at night near the terrace bar and candle-lit resort restaurants around the castle, sharing locally brewed hard liquor called akpeteshie, plates of fante fante, and local cocktails.

There are Rasta groups everywhere in Ghana; some in rural areas and others in urban locations like Cape Coast, Koforidua, Accra, Ho, and Kumasi. The Cuban-born Jamaican-Ghanaian singer and the widow of Bob Marley, Alpharita Constantia “Rita” Marley is based in Aburi.

You’ll find both the orthodox Rasta system and secular sects in the Eastern Region: a self-contained commune called Eastern Village houses members affiliated to the orthodox type, where they grow their own food, including vegetables and livestock and generate revenue by selling handicrafts, while the more secular Rastas do not grow their own food. 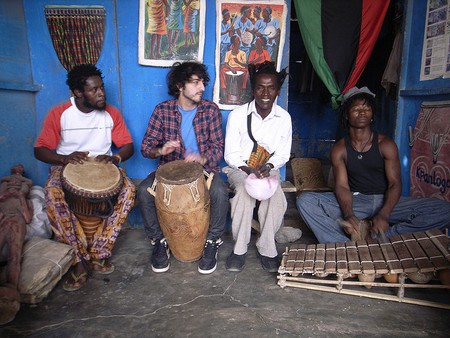 There’s a high tendency of coming across seven out of ten Ghanaians on the quest to leave for the West, also known as “Babylon” by Rastas, as such leaving behind “Zion.” Aside from the pursuance of the Pan-African assimilation of the African continent as the motherland and its people, as family, repatriated and non-repatriated Rastas look to create awareness on natural resources and associated exploitation, as well as spirituality.