Things You Didn't Know About the Original African Chocolate 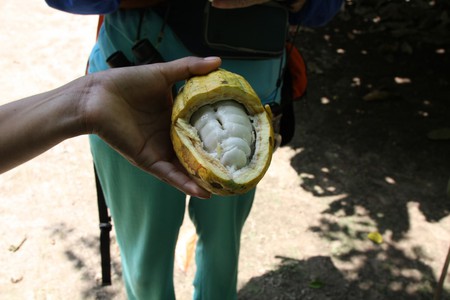 No matter where you travel, the sweet delights of chocolate are a delicious treat. Whether you celebrate Valentine’s Day with a box of chocolates, or enjoy a cup of hot chocolate solo, nothing beats the sugar rush. Want to know more about its origins? Then take a look at our guide to the original African chocolate.

From its cradle in Mesoamerica where seeds of cocoa were used as currency, to the use of the bittersweet liquid as an aphrodisiac among the ruling classes in 16th century Europe, through to present day where two-thirds of the world’s cocoa is produced in Western Africa (Côte d’Ivoire is the largest source, cultivating 1,448,992 tonnes yearly), cocoa makes the world go round!

Teshie farmer Mlekubo’s son, Tetteh Quarshie, was the hero who sneaked Amlenado cocoa from Equitorial Guinea into Ghana in 1876, for planting in his Mampong farm. As a result, an interchange and hospital were named after him, and cocoa is one of the biggest exports of the country.

Cocoa Marketing Company is the sole official state-owned cocoa exporter in Ghana. In autumn 1998, Divine Chocolate started the first ever fairtrade chocolate business in the UK, where Ghanaian cocoa farming co-operatives own shares and therefore have a more direct voice in the confectionery market. 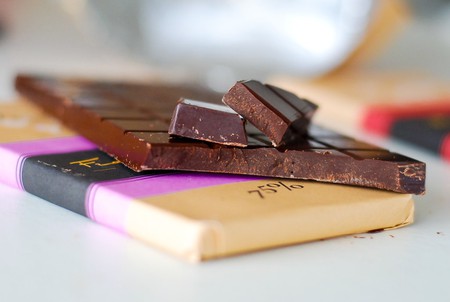 Cocoa Runners on the other hand, run the world in search of the world’s best chocolate bars. The beans, which are typically grown in rainforests near the equator, are made into bars locally or shipped to other production points around the world. They deliver in special slimline box designs that fits through your letterbox. Golden Tree Ghana‘s Kingsbite offers a choice premium cocoa bar made without any blending. The company has seven different types in total; Kingsbite, Akuafo, Coffee Choc, Oranco, Portem Nut, Portem Pride and Tetteh Quarshie. 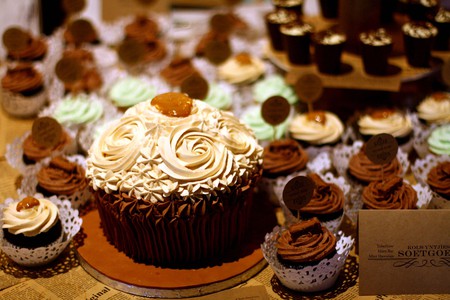 The creative power of chocolate

In Ghana, artists have created works about cocoa and chocolate several times. Ibrahim Mahama makes gigantic patches of cocoa silo sacks with women market porters to hint at the unbalanced distribution system and failure in the labour market. The cocoa pod coffin below was carved by the legendary Paa Joe for the ‘We Face Forward’ exhibition in Manchester. Dreamily shaped coffins were carefully constructed to celebrate the dead by making a metaphoric reference to their professions or achievements. 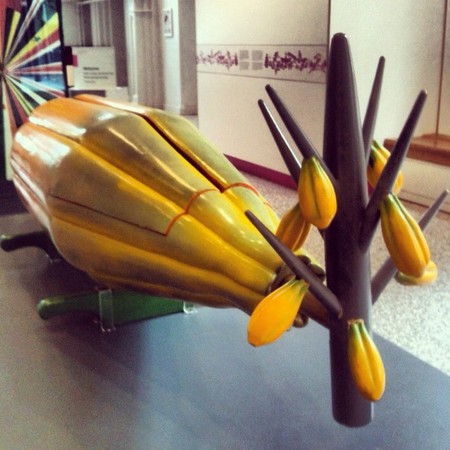 The 4th World Cocoa Conference – the leading event for the global cocoa sector – will be held April 22-25, 2018 in Berlin, Germany. The event will bring together the prime players from the value chain, including those from Ghana. The event opens up the opportunity to network, do business and share ideas informally, between over 1,500 participants from 64 countries.