An Introduction to the Eye-Catching World of Ghanaian Traditional Dress 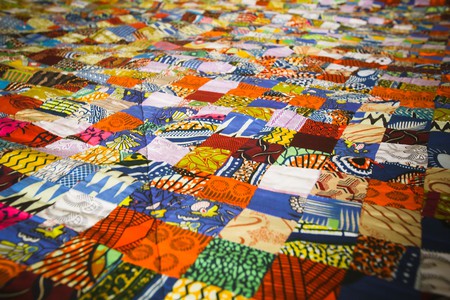 Ghanaians are dedicated followers of fashion. But their clothing is based on more than just vibrant colours and free-flowing frocks, with heritage and culture playing an important role in stylistic choices.

Fashion is a subtle yet critical form of self-expression. We convey our history and culture as well as present dispositions and mindsets in the patterns, designs, fabrics and colours of the clothes we wear, as well as the ways in which we wear them. In Ghanaian culture, fashion or clothing is just as important as any other facet of society. Each ethnic group, with their distinct culture across the length and breadth of the country, represents themselves uniquely in the way they dress.

Fruits of the loom

The history of textile and clothing in Ghana stretches beyond precolonial times, where yards of fabric were spun from raw materials such as cotton and raffia on traditional wooden looms. Even today, those traditional looms are still being used to produce fabric like kente and Gonja cloth. Also, trade activities across the subregion allowed other West African clothing trends like the mud cloth from Burkina Faso and wax printing from Niger to influence the styles Ghanaians wore. Nevertheless, kente from the Ashanti, Kete from the Ewe and Gonja cloth from Northern Ghana are some of the most recognisable and well-known textiles that represent traditional Ghanaian dressing. 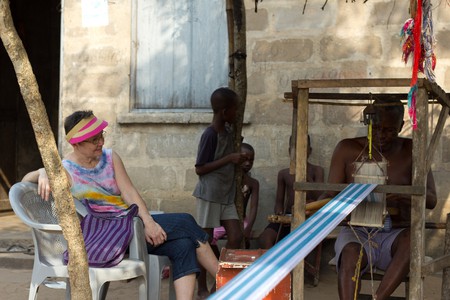 Kente is a world-famous handwoven fabric made by the Akans in the Ashanti, Eastern and Brong-Ahafo regions of Ghana. Its distinct patterned design and vibrant colours can only be replicated perfectly by the weavers who have the knowledge of the craft passed down through the generations. Genuine kente cloth can be spotted by the thick nature of the strips of cloth that comprise it, as well as the symmetrical geometric shapes of colour. Each colour block has a distinct meaning and is combined with the pattern to be worn on specific occasions including festivals, funerals and weddings. Kente has become a hallmark of Ghanaian culture today due to its popularity, but the legend of its origin is a source of great conflict between the Akan and the Ewe. 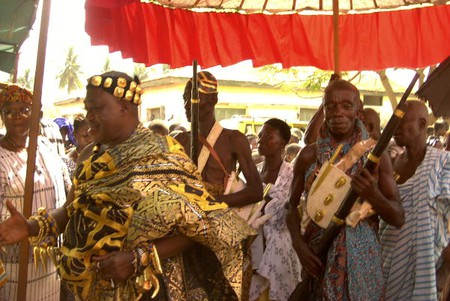 History in the making

The Anlo, a major ethnic group in the Volta region of Ghana, also produce a handwoven fabric similar to Kente that is known as kete. However, unlike the Akan, the Anlo do not claim to have developed the cloth on their own, as the weaving technique is common among other Western African citizens. Kete is also known for its bright colours and symmetrical pattern. Although the origins are not clear, both textiles are of great value to the cultural heritage of Ghana.

In Northern Ghana, the Gonja cloth is a blue fabric of woven cloth used to make a thick plaid shirt known as Fugu or Batakari. This dense fabric is made in other colours besides blue but follows a distinct production pattern that is identifiable by the cuts and patterns, as well as the embroidery along the hem, and is often worn with a matching cap.

All these indigenous traditional textiles are still used in modern-day Ghana and are greatly respected by the people. However, colonialism and Western culture also have an influence on Ghanaian dressing. Most Ghanaian fashion trends today tend to blend traditional styles with Western influences to produce clothing that satisfies the demands of both worlds. In addition, cultural borrowing from other countries like Nigeria, Ivory Coast and Niger have also contributed in shaping Ghanaian fashion trends. For example, most Ghanaian wedding ceremonies borrow the Gele, Agbada and Ankara designs used traditionally in Yoruba and Igbo wedding ceremonies. The functions of clothing go beyond looking good or protecting the wearer from nature’s elements in Ghanaian society. Various symbolic and thematic undertones are present in their textiles and the designs used, which shows social status or pay respect.