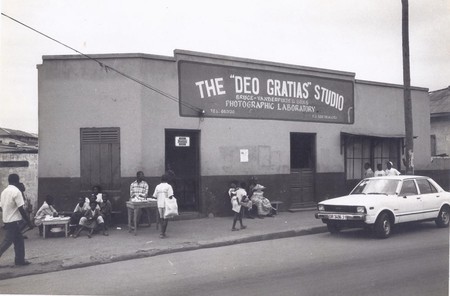 ANO is the first arts institution of its kind in Ghana – a multi-purpose art space in Accra combining two exhibition rooms, a screening and performance area, a library and a bookshop in the making, aside a multidisciplinary residency program.

The concept is best described in the founder’s own words, as ‘a tentacle: a work of art on its own.’ Ghanaian art historian, writer, curator and filmmaker Nana Oforiatta-Ayim has been the mastermind behind the dream that became the timely art gallery. What used to be an old, dusty Alfa Romeo workshop now functions as a space for African cultural research, exploration, interrogation and experience. 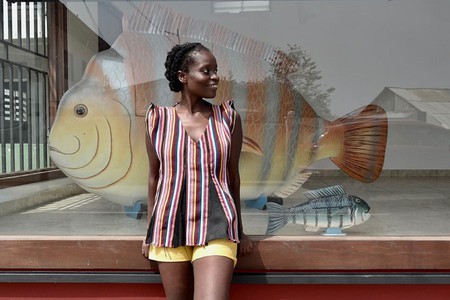 Though ANO has been functioning as a revolutionary art movement for years, the cultural space opened on March 4, featuring Facebook’s CPO Chris Cox to discuss how creatives can optimize the use of Facebook and Instagram. Some of Ghana’s talented minds showed up and deliberated on resonance, reach and possibilities.

On one side of Osu‘s Lokko street, a short walk from Independence Square, huge, transparent glass screens held together with wooden strips expose large black and white photographic prints from Deo Gratias, the first ever photography studio in Ghana, from the archives of Willie Bell and Felicia Abban, the earliest known Ghanaian female photographers. Paa Joe‘s bird palanquin fantasy coffin inspired by royal Ga symbolism adds spirit to the lay-out. Interestingly, commuters and passersby can get an eyeful of these works from the street.

The pieces on display make up a section of ANO’s inaugural exhibition, Accra: Portraits of a City, which explores the mythologies, rituals and social shifts in the capital city in connection to the birth of modernity. Latifah Idriss’ kiosk museum – which is used for a regional mobile exhibition – sits next to the entrance behind the attractive ANO signage. Another exhibition room opens with coconut husk walls by Mae-Ling Lokko, looking to engage the sociocultural sphere through context-responsive, while large canvases show Nii Obodai‘s sea-themed photos interspersed with soulful drawings by coffin maker Ataa Oko.

However, ANO did not spring out of thin air. In a conversation with Nana, she states plainly: ‘it’s been hard, but it comes out of a necessity. It comes out of the fact that I wanted to be in control of my own narrative, both as a woman and as an African.’

The institution surely comes about as a necessary element in matching the increased interest in the arts by enthusiasts, exhibitors and collectors around the world. As such, art practitioners in Ghana are thrilled about this addition to the few accessible traditional cultural spaces, where they can shed light on their processes and products. Individuals and organizations looking to connect with creative forces building beyond the margins of art constructs currently in Ghana view ANO as a viable content hub.

As a writer and lover of the arts who gained interest in film with time growing up between Europe and Africa, Nana’s idea was to create context as an artist, after she came to the realization that the context had always been created on behalf of Ghanaians. The curator and writer juggles management of the art institution with collaborations she’s putting together with other Ghanaian artists, and has a novel with her dream publisher, Bloomsbury. ‘They have an intimate world reach,’ she quips. 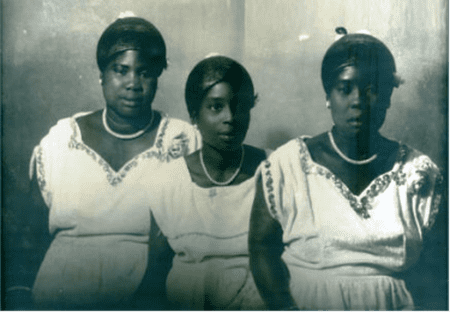 An excerpt from Accra: Portraits of a City, (c) Felicia Abban / ANO

To Nana, exhibitions are a form of storytelling. She looks back at her debut exhibition 15 years ago at Liverpool Biennial and is content with the results so far. She’s not perturbed by the adversities despite the challenges, such as insufficient sources of funding, difficulty in getting the ‘right people,’ and the fact that the highly patriarchal nature of the industry in Ghana undermines women spearheading such art functions.

‘Now that the foundation is laid, I will go into the creative aspect of things. Although the organization is capable of sustaining itself, the new government is showing some interest in the creative arts and that might be a good sign.’

Ghanaian artists keep producing substantially and the few exhibition spaces – Nubuke Foundation, Gallery 1957, The Loom, Artists Alliance – and street art festivals could build further with ANO. Since 2012, ANO has collaborated with Serge Attukwei, Zohra Opoku, James Barnor and many other remarkable creatives, and is in residency with theater artist Elizabeth Sutherland and illustrator Bright Ackwerh.

Accra is excited to have such a cultural project and display space, and Nana assures us, ‘ANO is ready to take it nationwide and engage with a wider audience.’ 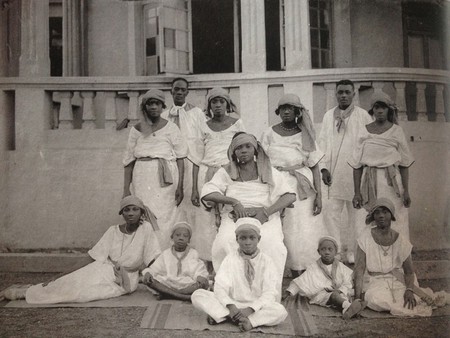 A Nigerian family in Accra in the late 30s, (c) Deo Gratias / ANO
Give us feedback