A Tour of Art Festivals in Accra's Vibrant Streets 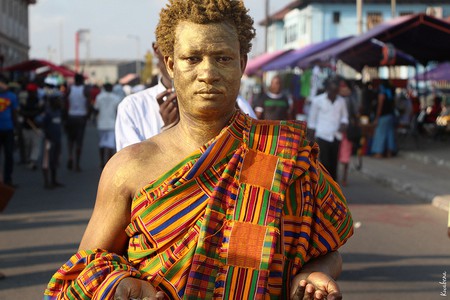 Accra is gradually growing to become the art and cultural hub of Africa since Ghanaian artists took to the streets and non-traditional spaces. In reaction to the lack of access to galleries and museums, here are art festivitals from the vibrant streets of Accra.

With the inventiveness of Accra[dot]alt team, Afrogallonism creatives, blaxTARLINES (a project space for contemporary art founded by the Department of Painting and Sculpture, KNUST), as well as organizations like Ghana Graffiti Crew, Accra Theatre Workshop, and Nima Muhinmanchi Art, Accra-based artists and those from other parts of the world have subversively transcended the limits of artistic genres and explored ways in which art forms are transmitted to an anchored or non-stationary audience.

As such, the context of exhibited art as a consumable form of creative expression installed in a demarcated space like galleries, museums, and art fairs has shifted and magnified to experimental non-traditional situations like streets, abandoned buildings, and billboards.

Jamestown has an interesting history of rich settler Ga communities who built an economy based on trade, which was later exploited by colonial Europeans. As such until today, the forts, lighthouse, and remains of the man-made harbor can be seen together with abandoned structures sinking to the weight of time and sea salt splashes. On another hand, Ga Mashie factions like Sempe and Akumayi have conserved the traditional structures for the younger generation. 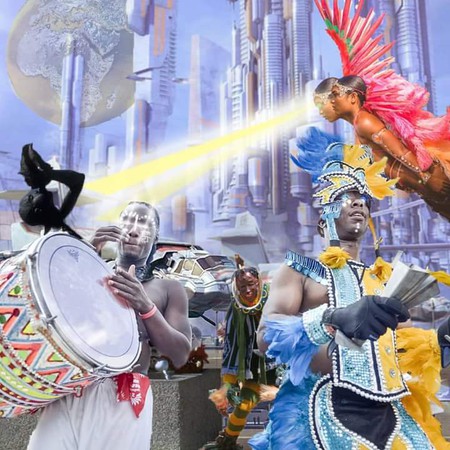 The collective vibrant energies of the people can be seen in how they avail space and talents in the streets at the annual themed Chale Wote Street Arts festival. In collaboration with trained Ghana-based painters, poets, musicians, sculptors, installation artists, DJs, theatre artists, fashion folk, and performers from other parts of the world, consumption of art is so diversified in non-traditional ways that one gets swallowed into the expression where art, artist, and enthusiast could be one and same. This year’s festival takes place on August 14-20 and the theme is Watamata.

Winneba is situated just on the outskirts of Accra on the coastline, and they are separated by a two-hour auto route. The biggest masquerade (locally called kaakaamotobi) carnival happens in this low-lying airy city every January. Winneba is also known for the Aboakyer festival, which is a gleeful traditional celebration involving antelope hunting, drumming, and dancing in the streets. 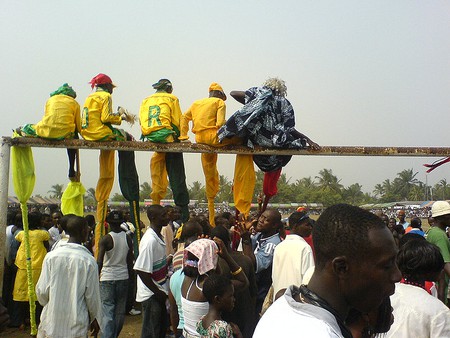 The Winneba Fancy Dress Festival’s history comes from the colonial times, when European settlers would wear masks at festivities, inspired by the African mask sculptures they came across in the traditional settings. Masquerade groups formed from the 1920s as a form of gibe, which constructed a colorful and vibrant collective street fashion involving 4-meter stilts, brass band teams, distinct dance anthems, and diverse hand-sewn costume parades. 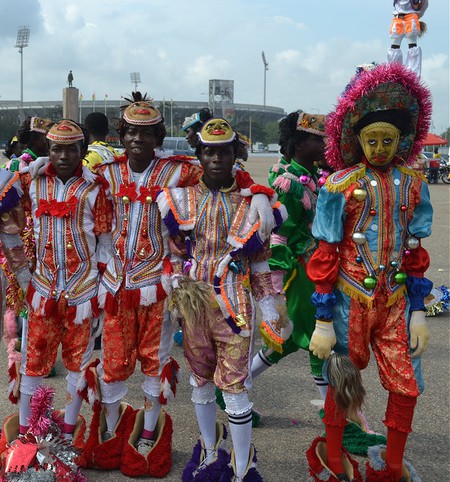 The Tema Arts and Fashion Festival comes off every December in the harbor city pooling creatives and enthusiasts to the dazzling display of talents in the middle of the city, where there is little vehicular traffic and easy access to food and drink joints. Visitors get to indulge in street storytelling camps, cycling, skating, alternative runway shows, jama music, azonto dance competitions, and more. 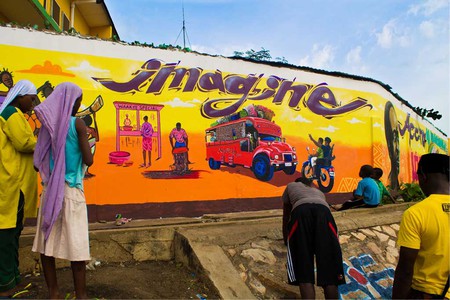 The Nima Muhinmanchi Art Club and other art groups from Nima and Kanda collaborate with talented visual artists like MOH and Mussah Swallah to make large street murals interrogating nationalism, sexuality, space fantasy, and dynamism in slums. The team also runs workshops with the youthful Muslim community of Nima.