A Mobile Museum Is Instilling Ghanaians With National Pride 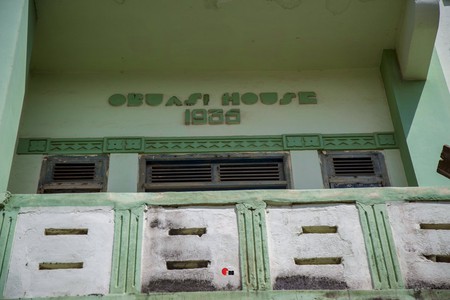 ANO Institute of Contemporary Arts is a non-profit cultural organisation based in Osu, Accra. It was founded in 2002 by cultural historian, writer and film-maker, Nana Oforiatta Ayim and aims to uncover, discuss and collect traditional and modern Ghanaian community facets with the help of a mobile museum travelling through the country. Here’s everything you need to know.

Kyebi or Kibi, the capital town of the East Akim Municipal District, in the Eastern region of southern Ghana, is one of ANO‘s mobile museum declared stops. ANO aims to reconnect the threads of rich traditions and versatile craftsmanship in the region during the two weeks they will be stationed there. The team is made up of artists, cultural historians and academicians running collaborative research with the locals, holding conversations with traditional rulers about the Eastern region’s historic and modern artistic contexts. Another stop is Cape Coast and its suburbs.

As part of our journey, we are traveling to palaces, speaking to authorities, finding out the meanings behind rituals, gestures & objects, the long histories that created these kingdoms long before the country that came to encompass them. What roles do they still play? 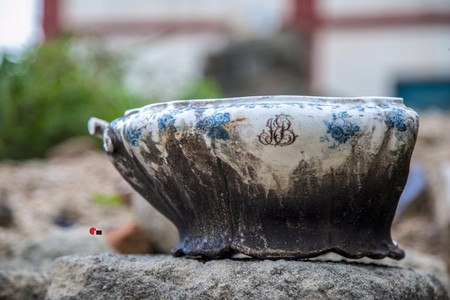 Edward Biney discovered Obuasi gold. He brought this pot back from London almost a hundred years ago. | © ANO Institute of Contemporary Arts

Tracing its origin to Chale Wote

ANO opened up the novelty of a non-stationary art exhibition structure at Chale Wote Street Arts Festival, and has developed the form and reach to a broader audience and purpose. The ideology goes hand in hand with the digital and print Cultural Encyclopaedia for Africa that Nana Oforiatta Ayim is working on. In an interview wih Akinyi Ochieng, she states “I realised that the arts were for me a more potent tool for transformation than politics. I got more and more into the idea of changing narratives through art.”

‘Informal’ kiosk culture units are as common on Ghana’s streets as bicycles are in Amsterdam. ANO’s founder Nana Oforiatta Ayim collaborated with D.K Osseo Asare, recipient of an A.B. in Engineering Design and an MArch, both from Harvard University, whose building and research explores sustainability by linking form-making, technology and geopolitics with social dimensions of global environment. The mobile museum model was further expanded on by Accra-based architect Latifah Idriss. The result is a collapsible see-through metal and wood box with black rails separated by identical white insets.

Making an exhibition along the way

The mobile museum poses the question about how local Ghanaians would like culture to be expressed, and in what forms, institutions and contexts. ANO looks at the potential of collecting artefacts or making 3D prints for exhibitions at each stop, and in the mobile museum trip’s second and final week, to exhibit free of charge to the general public. The structure is folded up and kept on a truck to be remounted in subsequent townships.

An alternative presentation of culture

ANO’s mobile museum challenges the mainstream portrayal of art via white cube representation and proposes an inherent structure and medium that unpacks original African content and talents. Nana’s work involves the impressive dialogue that defies stale narratives by bridging the gap between contemporary urban voices and rural genius. “Coming from the African continent, being a creative, and having a kind of vision of how things can be better, is what you hold on to and what gives you the energy to continue despite all the obstacles day-in, day-out. You’re born in this certain context, so you have to do the best that you can to make it a better place. That’s what drives me.”