A Millennial's Guide to Jamestown, Accra 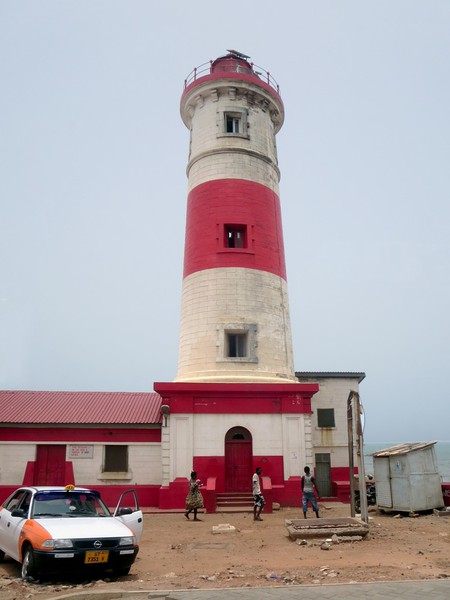 The Space and the People

The architectural framework, consisting of colonial remnants seeded with shacks made of wood bars and concrete, adds to the hybrid nature of the space. These structures line the shoreline where large canoes with rice-sack sails intersperse with cloth separations and makeshift cabins made by the hardworking fishers.

Several places expose visitors to the distinct tribes and their historic traditions of birth celebrations, funerals, festivals, and rituals through stool persons—mouthpieces with rich knowledge about the cultural elements that knit the society together. 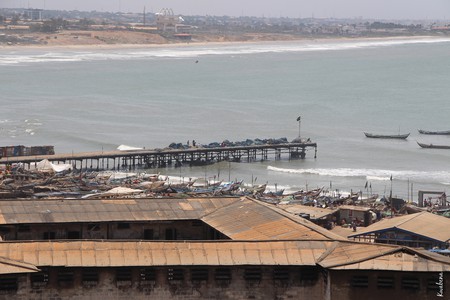 Ga people are known for their corn-dough-based cuisine like kenkey and banku, which they pair with fresh ground pepper or okra soup. One can also sample fried fish, shrimps, octopus, and more from stalls on the street side.

Meanwhile, the JamesTown Café serves cocktails right across ArchiAfrika, which showcases African architecture and design in restored structures near Ussher Fort. Other nearby restaurants include La Gallette, which serves nice Lebanese cuisine, while Yoko’s, Kuku’s Nest, and Khana Khazana each serve Indian cuisine. Expats and locals also frequent Fine Things Pattiserie for cheesecakes. For local and foreign drinks, One Corner Beer Garden or Honeysuckle will take care of that thirst under the warm Jamestown weather. 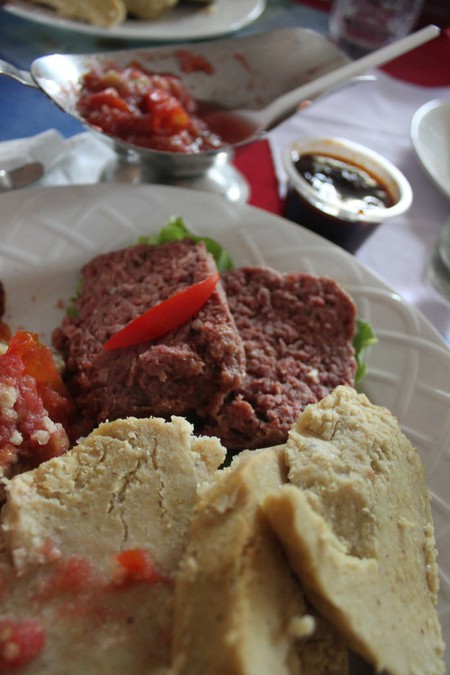 As for transportation, the main source of transportation is the trotro (minibus); one can board almost anywhere on the urban routes. Taxis and Uber services provide generally-affordable rides, and the Okada (motorbike transport) also offers rides to those at vantage points. 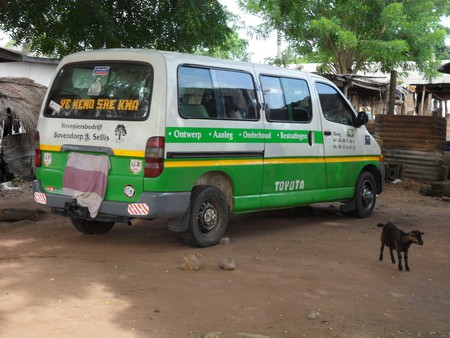 Boxing has become more like a religion to some young Jamestowners. Some have lived and breathed it all their lives, and they have been mentored to make the cut under veteran sportsmen. Bukom, a suburb of Jamestown, is an age-old crucible for nurturing and supporting the sport with over 20 gyms producing some of the world’s best boxers like Azumah Nelson, Ike Quartey, and Joshua ‘The Hitter’ Clottey. 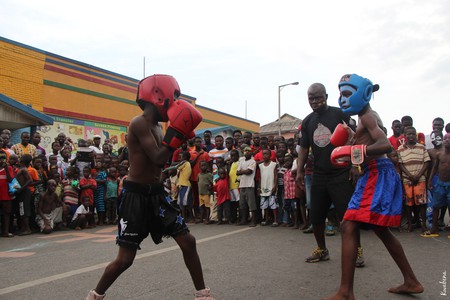 The annual Chale Wote Street Art Festival has introduced a vibrant alternative visual and performance culture projected by artists based in Ghana and around the world. The Jamestown Lighthouse, originally installed in 1871, offers another interesting stop as does Brazil House. A mile away from the Lighthouse on the same stretch towards the Accra Post Office, this is where the Tabom people, 70 Brazilian returnees, stayed when they were brought back home in 1876. 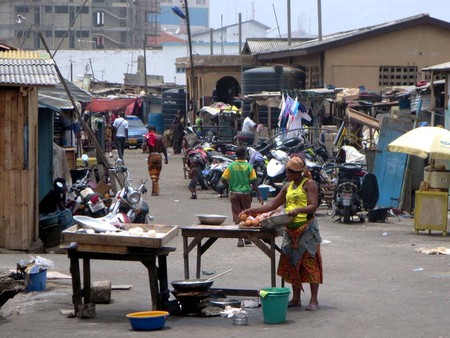