A Hearty Guide to Ghana's Banku 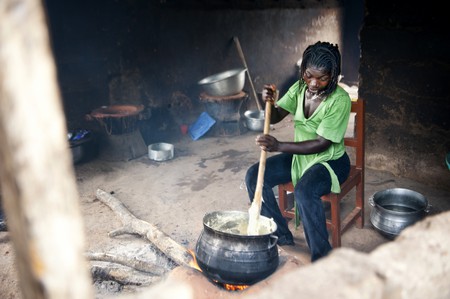 Not only is Banku one of the favourite dishes in Ghana and other parts of sub-Saharan Africa, it’s importance in Ghanaian homes is comparable to tapas in Spanish cuisine. Just like kenkey or ugali, those who eat banku often pair its homogeneous paste-like texture with watery soups, thick stews, or at times with a serving of ground pepper-based sauce. 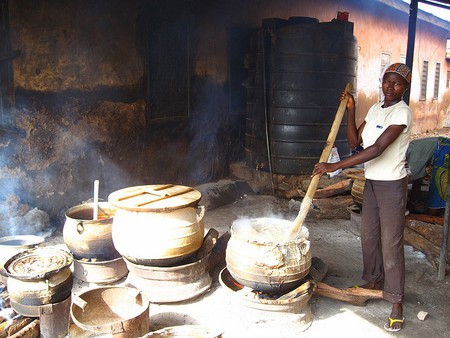 Ghana-based Nigerian musician Mr. Eazi’s Bankulize illustrates the fundamental fondness that people attach to this satisfyingly ‘sticky’ meal that brings people together. Banku with fried fish and ground pepper, grilled tilapia, avocado in tomato sauce, and with okro soup/stew and crab are some of the dishes found on restaurants’ menus that serve this scrumptious meal.

Cooking banku involves constantly stirring the soluble mixture of a proportional blend of fermented corn and cassava dough as it dissolves in water boiling over hot charcoal or a stove. A banku-based meal is nutritious and quite uncomplicated to prepare if you know what you’re doing.

At the annual local food expo Chow Festival in June, you can sample the best of Accra’s traditional plates including banku. Local chop bars located in every neighbourhood as well as popular restaurants like Duncans in Osu, It’s My Kitchen and Cozys in Kumasi, and Ayi Banku’s Bar in Tamale also serve banku. 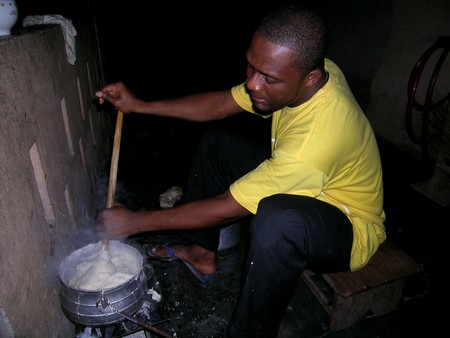 Banku originated from the Ewe people in Volta Region and is one of the staple foods of a Ghanaian’s main meals. In Southern Ghana, Ga, Ga-Adangme and Ewe speakers consume it the most. Ewe speakers living in Togo and even parts of Benin also enjoy variations of banku. Banku-like staples here differ due to changes in ratios of dough parts or minor additions. Examples include akple, akume or wokumé and, kom.

Left over banku lasts for up to a week, and some prefer to keep it longer than that because the fermentation process gives it more flavour and taste if stored properly. 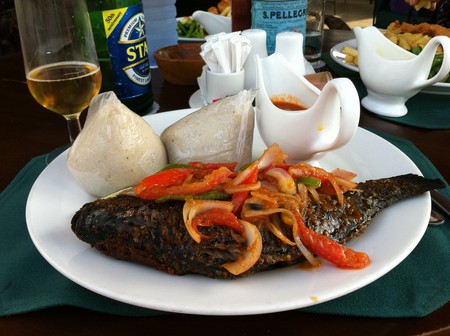 How to Prepare Banku

An age-old traditional method of fermentation is used to make corn and cassava dough, where the dough mixture in a water-filled pot is sieved with a clean cloth after mixing and stored for up to three days in a warm place for the fermentation process. This is to enhance the characteristic taste and texture. The fermented corn dough goes with the same amount or a smaller handful of fermented cassava dough dissolved in warm water when cooking.

More water is carefully added and the mixture is hand-kneaded until it achieves a certain level of consistency. After adding more fermented dough and little salt, the mixture is sieved and kneading continues. Once the mixture cooks for about 20 minutes, it is ready to be formed into ample-sized balls and served with soup, stew, or sauce. You can also buy banku outside of Ghana since African grocery shops sell attractively-packaged banku dough with cooking instructions. 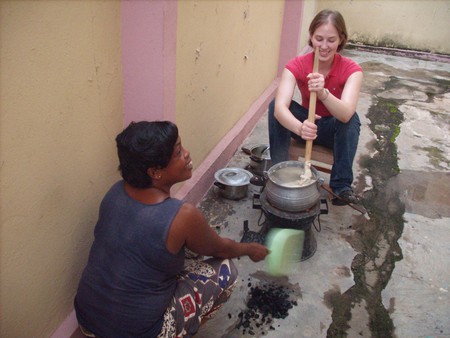