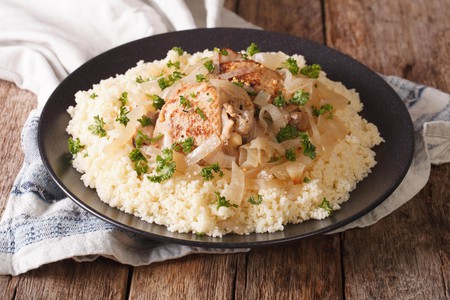 Known for its delectable moorish flavours, rich textures and surprisingly healthy fruit and vegetable bases, West African food is being increasingly appreciated by visitors to the region and beyond. From Cape Verde to Cameroon, and all of West Africa in between, here are some of the tastiest dishes you must try.

Made from melon seeds rich in fat and protein that have been dried and ground up, this soup or stew typically contains leafy vegetables, meat or fish. Popular among the Ibo people of Nigeria, variations of this rich stew can be found all over West Africa. In Nigeria, it’s usually eaten with pounded yam. 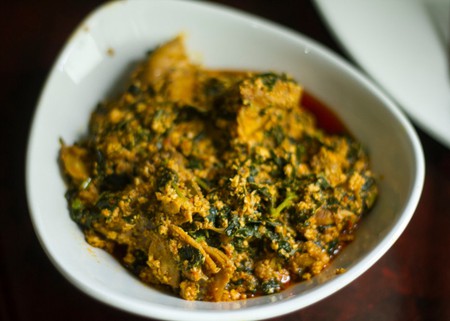 A bowl of Egusi soup | © Tayvay/Shutterstock

This traditional dish is made from rice, fish and tomato sauce and is flavoured with spiced onions, carrots, cabbage, cassava and peanut oil. Interestingly, a dish from the American deep south called Savannah red rice is very similar – many believe it was taken to the new world from here and adapted by the Creole people. 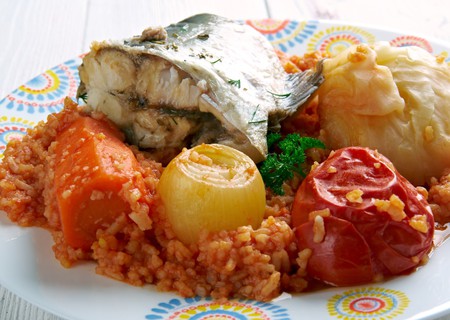 Moin Moin is a steamed bean pudding made from black-eyed peas, onions and a combination of freshly ground peppers. It is a fairly versatile dish and some add smoked fish, corned beef or boiled eggs to add to the flavour. It can be eaten alone, with bread or with rice. 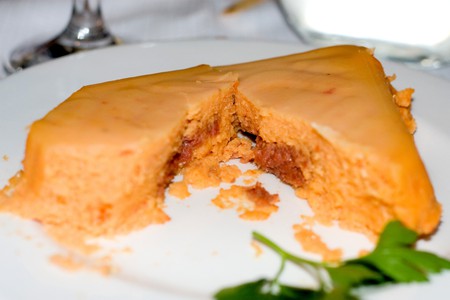 The breakfast of champions, waakye is a supremely popular morning meal in Ghana but can be eaten throughout the day. Filling and flavourful, it combines beans, rice, moist gari (ground cassava), stew and spaghetti (the only non-Ghanaian part of the dish). It is usually served with a choice of protein, so you can choose from fish, meat or boiled eggs. Kelewele (spiced plantain) and a vegetable salad are other extras that take Waakye to a whole new level. 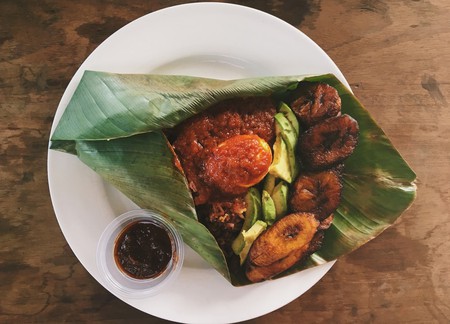 This famous dish from the volcanic archipelago is a stew of slow cooked corn, cassava, sweet potato, fish or meat. It is commonly referred to as the country’s national dish and nine out of the ten inhabited islands have their own version of the cachupa. 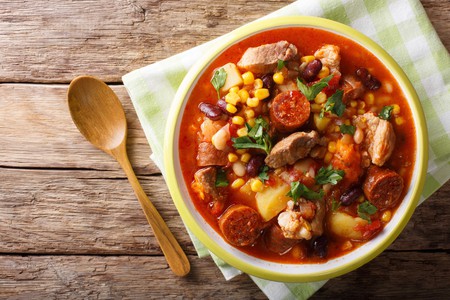 Ndole is an aromatic, flavourful dish made of bitter leaves (cooked several times to make them lose their bitterness), stewed nuts, crushed spices and fish or beef. It is usually eaten with plantains, rice or potatoes. 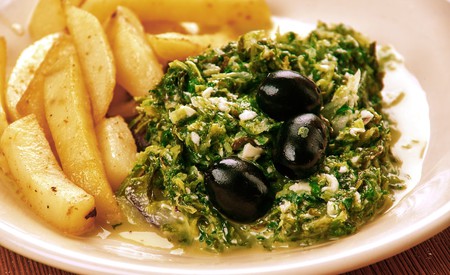 This spicy, delicious dish has a base of onions, garlic, peppers and cabbage that is topped with typically chicken marinated with lemon and onions. A Senegalese staple, it is one of the most popular food items in West Africa.

Kedjenou from the Ivory Coast

This popular Ivorian dish consists of a spicy stew that is slow-cooked in a terracotta pot over fire or coals. Usually made with guinea fowl or chicken, it adapts well to many variations. Although it is traditionally served with attieke (flaked cassava), most other starches go well with it, too. 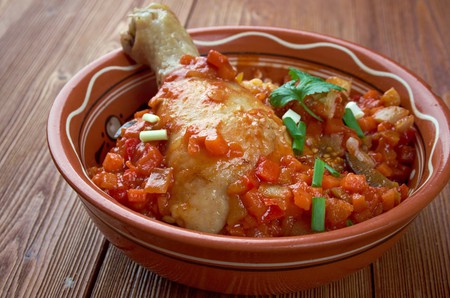 This is a Gambian okra stew that packs a nutritional and flavourful punch with its combination of leafy greens, such as spinach, collards, okra and sweet potato leaves. Combined with onions, chilli peppers and fish or meat, variations of this dish are found all over West Africa, such as the Ghanaian kontomire. 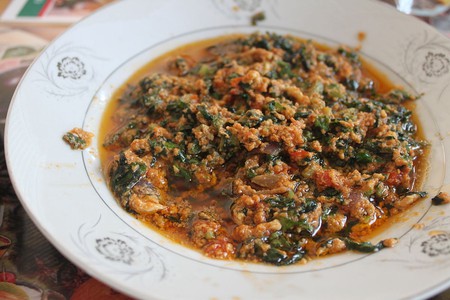 Eddoe is a tropical root vegetable similar to yams or sweet potato. This fragrant and hearty soup is simmered with delicate seasonings and a meat or fish of choice. 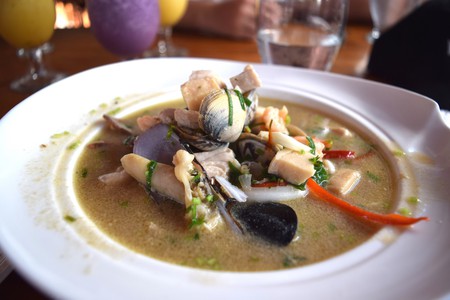 Efo riro is a rich Yoruba dish prepared with vegetables, fish, beans and palm oil along with leafy greens. All these ingredients make for a very hearty soup. 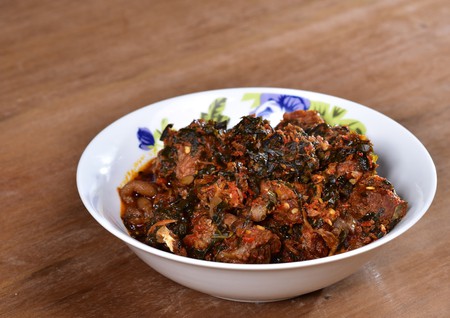 For the sake of smooth-sailing diplomatic relations, jollof rice is ascribed to the whole region although fierce wars (of words, thankfully!) have broken out to determine which nation makes the best version of this spicy tomato rice dish. It is evidently one of the most popular West African dishes and each country has its own version. Furthermore, jollof rice have also garnered international interest with chefs, such as Jamie Oliver, controversially including it in their cookbooks. 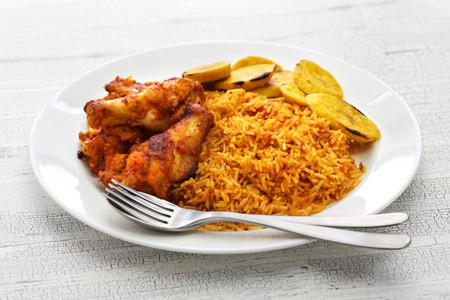 The ogbono is an edible mango-like fruit that bears the fat- and protein-rich nuts used to make this soup. This fruit acts as a thickener and is combined with water, palm oil, chilli peppers and leafy vegetables such as bitter leaf. A wide variety of meats, including chicken, crayfish, shrimp, beef or even goat, can be added. It’s usually eaten with fufu, pounded yam or rice; if okra is added, the soup gets a somewhat slimy texture. 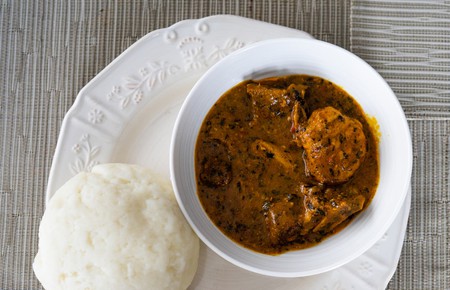 This hearty and satisfying Ghanaian stew combines the richness of peanuts or groundnuts with palm oil, tomatoes, mixed chillies, onions, garlic, and meat or fish. It is traditionally eaten with fufu but it can also be eaten by itself or with rice. 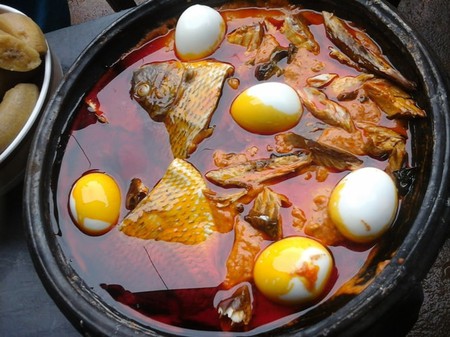 Nkatenkwen stew with fish, eggs and hot palm oil served in a traditional asanka bowl | ©luchywally/WikiCommons
Give us feedback