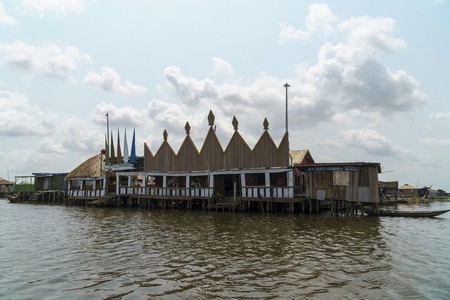 From ancient cities in the desert to lush green islands, a village on a lake, and untouched animal habitats, West Africa is nothing if not diverse. Here are some of the amazing sights that you need to see as soon as you can.

This gorgeous Portuguese-speaking nation off the coast of West Africa is made up of archipelagos around the two main islands of Sao Tome and Principe. Described by many as a tropical paradise with relatively few inhabitants and tourists, the islands are covered by a dense rainforest. There are secluded waterfalls, the Obo National Park, the incredible Pico Cao Grande, approximately 109 orchid species, and great bird-watching opportunities. Additionally, you can partake in excellent surfing, diving and snorkeling activities which are a fantastic way to explore the underground caves. 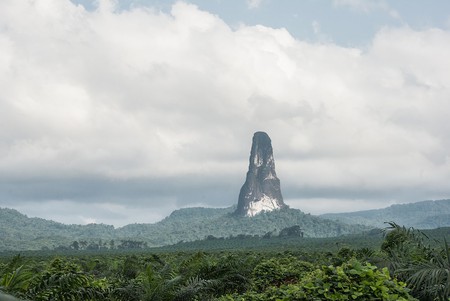 The original name of this wonder is Mongo ma Ndemi which translates to ‘mountain of greatness’. It is the highest point in West Africa and the fourth highest point in the entire continent. As one of Africa’s largest and most active volcanoes, it rises from the coast, cuts through a thick rainforest, and culminates into a stark summit that is often dusted with snow. This one-of-a-kind experience is a treat for hikers and is also where the Mount Cameroon Race of Hope takes place. 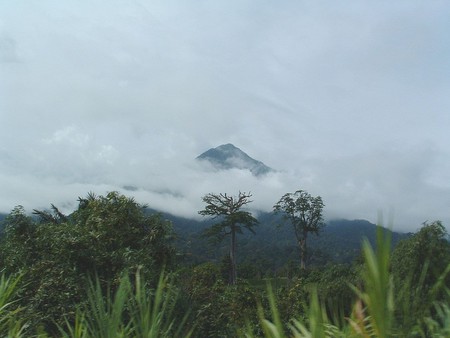 Near the city of Cotonou lies the largest lake village in Africa, home to around 20,000 inhabitants. This unique and charming village was formed between the 16th and 17th centuries by the Tofinu people to evade capture by the Fon, the prevalent slave catchers of the time who sold people to European traders. All of its shops, houses and restaurants are built on stilts, making this a surreal sight that should not be missed.

Historically linked to Timbuktu and an important centre for trade, the most distinctive feature of Djenne is its adobe architecture. These Sudanese-style buildings are made from sun-baked earthen bricks coated in plaster and the best example is the Great Mosque, built in 1907. Furthermore, Djenne is one of sub-Saharan Africa’s oldest cities and home to a bustling market held every Monday. 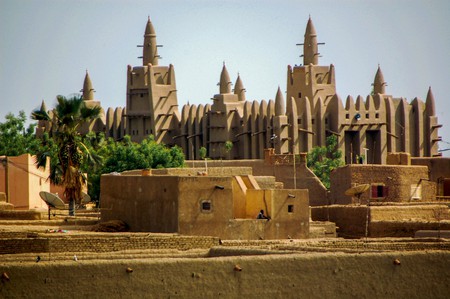 Boasting what is arguably West Africa’s last significant lagoon system, Loango is a place where time seems to have stood still. It contains savannah, a pristine and uninhabited beach stretching for 100 km, forests and mangroves, and is famous for the pictures of surfing hippos that photographer Michael Nichols from National Geographic took. Among the animals you can spot here are elephants, buffaloes, hippos, gorillas and leopards. Additionally, during a visit to the white sand beaches along the deserted coastline, you can occasionally sight humpback and killer whales. The International Union for Conservation of Nature (IUCN) has deemed this unique oasis to be a protected area for conservation and a faunal reserve. 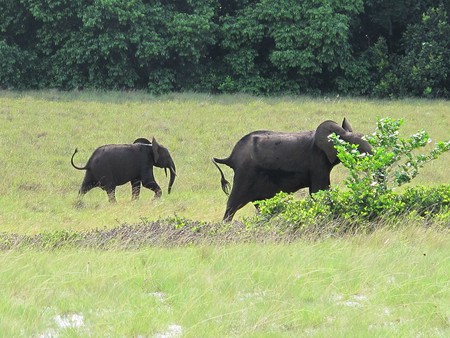 A UNESCO world heritage list site, the escarpment is in the Dogon country. Today, it is inhabited by the Dogon people today – well known for their intricate and detailed carvings – and was once home to the Tellem and Tolloy peoples. The former were a cave dwelling folk who made their homes on the sides of cliffs and left behind many cave structures. They would bury their dead above them, high up on the cliffs, to avoid frequent flash floods. Eventually, they were pushed out by the Dogon in the 14th century. You can take local tours through these old villages that are off the beaten bath, and the best bit is that each one has hostels that provide food and lodging. A new highway is expected to be built soon and this will see tourist numbers increase drastically. 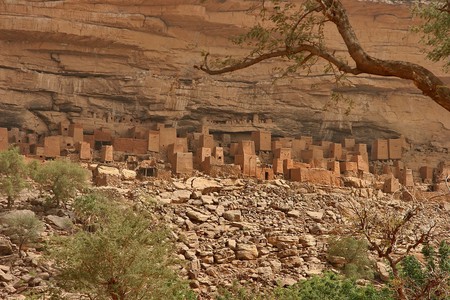 Located on the mountainous island of Cape Verde, Santo Antao offers one of the best hiking experiences in all of West Africa. The landscape is dusty and dry by the ferry ports, but you’ll find yourself driving through lush green areas and passing by volcanoes after just a few minutes. This picturesque setting is also ideal for scuba diving and rock climbing adventures. Keep in mind, though, that it’s inaccessible by plane, so you need to take a ferry to get here.

The Castle-Lined Coast of Ghana

Formerly known as the Gold Coast, this was the hub of activity for scores of European traders – Danes, Swedes, Germans, British, Portuguese and Norwegians – who first came to trade in gold and timber and, eventually, in the most profitable business of the time: slaves. The architectural legacy of this dark, historical time can be observed along the 539-kilometre coastline lined with forts, castles and trading posts. Out of the original 40, a large number are still standing today. From white-washed castles to English country house style manors that served military garrisons, the assortment of these structures never ceases to amaze. 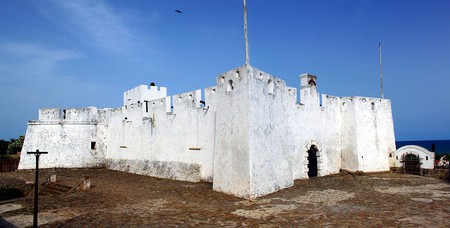 Agadez is an incredible town with a rich history. Today, it still functions as a centre for trade and culture and is home to the stunning Agadez Grand Mosque, built in 1515 with clay. The Grand Marche is a sight to see, always bustling with activity. It is a meeting point for many tribes and cultures – including the nomadic Saharan Tuaregs, the West African Fulani and Nigerian Hausa merchants – who come together to trade. The area around the market has charming, small streets lined with mud houses and local merchants and artisans selling their goods. 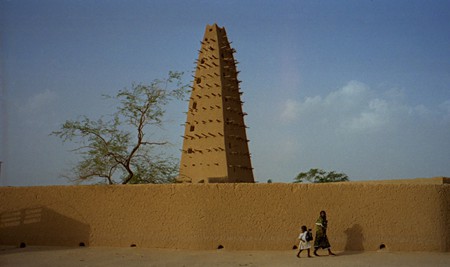 Timbuktu, Mali and the Festival in the Desert

As a hub of trade and learning since medieval times, Timbuktu has always held the imagination of travellers the world over. The fact that it is difficult to reach just adds to its appeal for serious explorers (the most common way to get there is to take a boat down the Niger river). Quite unsurprisingly, the place is a UNESCO world heritage site, as being there feels like stepping back in time, especially when you spot the salt caravans led by the Tuaregs on camelback from Taoudenni salt mine and Timbuktu. This area is also home to a unique event: The Festival in the Desert, just outside the city, which has routinely featured the best Malian and West African artists as well as some surprise guests such as U2. 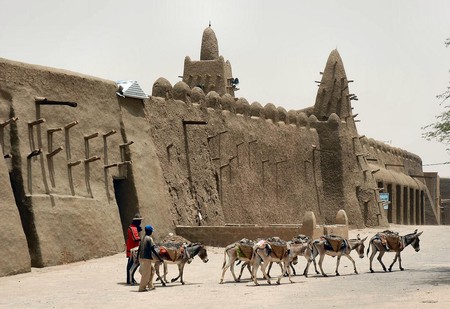 There is much to observe in Senegal, including the colourful charm of Dakar and the quaintness of Goree island. Lesser known, yet of spectacular beauty, is the area where the Saloum Delta meets the Atlantic Ocean, in southwest Senegal. There’s so much to see here, such as breathtaking lagoons, islands, mangrove forests and gushing rivers. If you embark on a boat trip on one of these rivers, you can peacefully take in the small villages and incredible wildlife such as pelicans and flamingos. Beautiful unspoiled beaches, gorgeous baobab trees and various monkey species also abound. 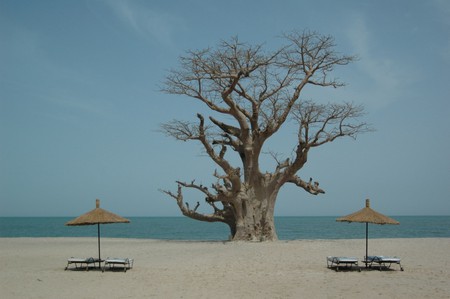 A baobab tree on the beach, Senegal | © Shanthi.manian/Flickr
Give us feedback