10 Musicians to Know From Ghana 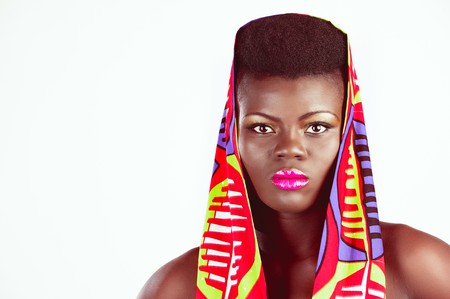 Wiyaala, one of Ghana's top musicians | Courtesy of the artist

Much more than the country that brought you highlife, Ghana is home to a variety of music styles and fusions, with a diverse array of dazzling artists to discover. Here are some of the best Ghanaian musicians you need to know.

Noella Wiyaala is a rarity: a reality show artist who has far eclipsed the platform she started on. Combining artistry and imagery, this bold, androgynous, chic singer records in multiple languages – including English and native dialects Sissala and Waale – and is known for the infectious single ‘Rock My Body’. An award-winning artist who is at the forefront of the Afropop movement, Wiyaala’s music has hints of Afrobeat, reggae and dancehall. She also campaigns for a number of local causes in Ghana, including women’s rights and child poverty, as well as being vocal against child marriage.

Wiyaala, one of Ghana's top musicians | Courtesy of the artist

Pronounced ‘Tchetcheku’, this soulful singer merges Afrobeat with old-school highlife, creating modern songs about life and love, inspired by traditional music and legends such as Fela Kuti. Kyekyeku is bringing a new and original spin to Ghanaian music with his album Higher Life On Palmwine. A brilliant live performer, there is calmness and charisma to his guitar stylings that verge on African folk. Put together with Kyekyeku’s other influences, the result is a beautiful mix not often explored in modern Ghanaian music.

Soulful and dreamy, Ria Boss finds her musical roots in the church: Gospel songs and Baptist spirituals. This jumping-off point has been a solid foundation, and her debut EP, Find Your Free, is rooted thoroughly in the modern, with its electro influences, honeycomb vocals and chill-out vibes, along with ’80s electronic and RnB influences. Her self-produced songs are highly original and polished, fully capable of being played on a far larger stage than her native Ghana – it seems only a matter of time. 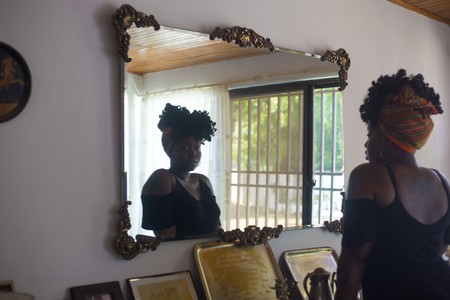 Often referred to as the Godfather of African hiplife, Rockstone is the purveyor of infectious club hits that are guaranteed to play and play for months after their release. Born in the UK but raised in Accra and Kumasi, he raps in English and Akan and pioneered the hiplife movement in 1994, a distinctly Ghanaian-flavoured form of local hip-hop found pumping at every club, bar and beachside location. In Accra he is the proprietor of Rockstone’s Office, a slick bar in Osu, and a new Rockstone release is still the cause of much celebration and fanfare in the city. 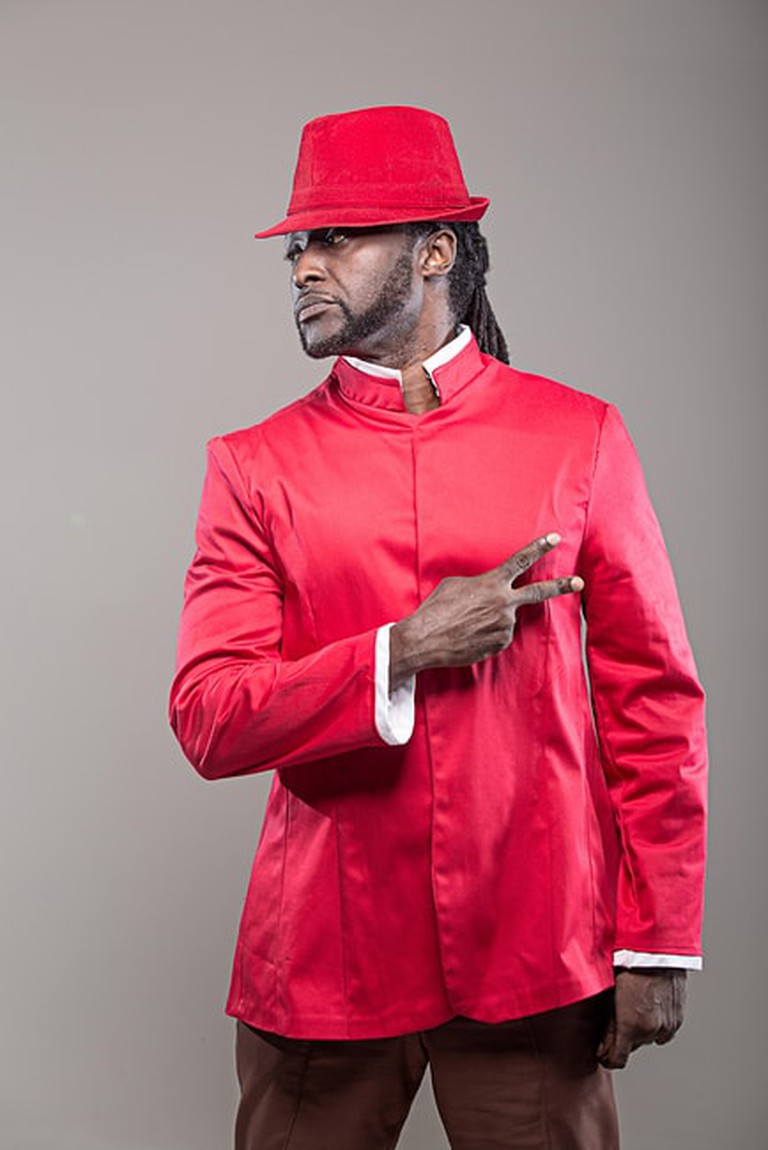 Reggie Rockstone | Courtesy of the artist

Winner of the Best Female Vocal Performance for four years running since 2011 at the Ghana Music Awards, Efya, born Jane Awindor, is from Kumasi in the central region and specialises in slick Afro soul, which has its roots in classic RnB. A runner-up in Stars of the Future, she secured herself a three-record deal and cites the addictive sounds of Aretha Franklin, Ghanaian highlife legend Kojo Antwi and ’60s Motown group The Temptations as major influences. 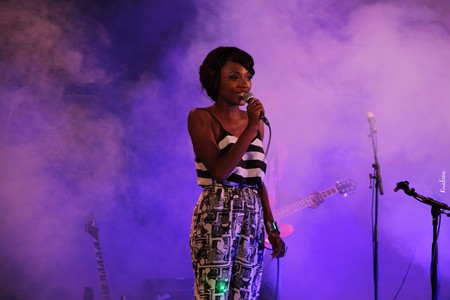 A Ghanaian hip-hop recording artist that won Best International Act: Africa at the 2012 BET Awards, Sarkodie routinely makes Top Five lists of African-based hip-hop acts. One of the most popular artists in the country, he has a large following across the continent and his signature Twi rapping style sits well with his heavy beats and slick production that make his hits so popular among the dancehall and club crowd.

The product of a Romanian mother and an Akan father, Emmanuel Owusu-Bonsu adopted the Ga word Kubolor as a stage name, which translates to wanderer or vagabond – which is appropriate for a man known as the African Gypsy. Bonsu sings beautiful, socially conscious acoustic songs reflective of the nature of modern Ghanaian society and all its challenges and problems. As a personality he is one of the most visual on the Ghanaian music scene and can often be caught at shows around town, with his signature long dreadlocks tucked under his distinctive, yellow hard hat. 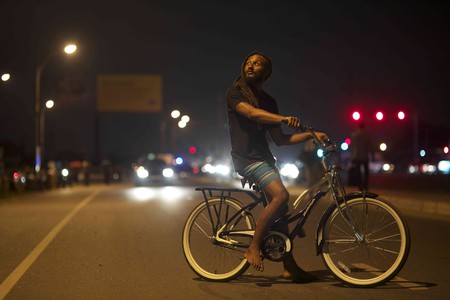 The King of Ghanaian hip-hop, named by The Guardian as the ‘foremost rapper on the continent’ is a local boy done good, working in the last few years with the likes of Damon Albarn, Erykah Badu, and Flea from the Red Hot Chili Peppers, as well as winning numerous music and songwriting plaudits. And the music? For an introduction look no further than ‘Someway Bi’, with its infectious beats, elegant raps and melodies that evoke the bustle and soul of African street life. 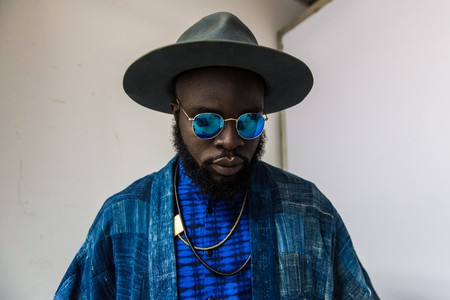 Making consistently infectious tunes that are eminently danceable, Shatta Wale is the undisputed king of club music, his Afro dancehall beats and numerous collaborations with other, equally infectious artists such as Davido, and the prolific nature of his output (100 songs in any given year) make it hard not come across his hits in everyday Ghanaian life. His regular concerts around town are routinely sold out and his ubiquitous image is used for major advertising campaigns such as Guinness, making Shatta Wale one of the biggest Ghanaian musicians today.

A traditionalist and Ghanaian legend, Ayisoba’s aesthetic is deeply rooted in Ghanaian history, with his choice of the Kologo, a stringed instrument with a calabash gourd resonator, seen by some as the precursor of the American banjo and a staple of the Upper East Region. He sings in Frafra, Twi and English. Deeply original, his growling voice contrasts starkly with the delicacy of his instrument, which is both melodic and rhythmic, as though a fragile drum and two-stringed guitar had come together in unison. Ayisoba harks to a different time as an old-world artist who plays on the international stage with a modern intensity.