In 2011, over 30 freshly slaughtered elephant carcasses, killed by poachers for their ivory, were discovered in one of Gabon’s nature reserves. The country is now leading the battle to save Africa’s last remaining forest elephants by creating one of the continent’s best-armed and most effective anti-poaching units. 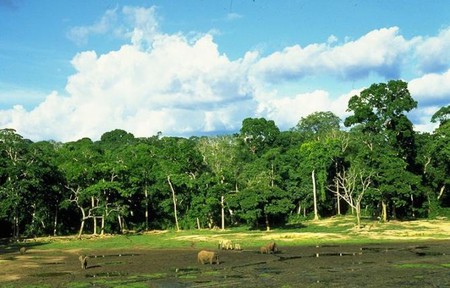 The chilling discovery of the mass slaughter of forest elephants at one of Gabon’s most beautiful nature sanctuaries prompted President Ali Bongo Ondimba to take radical action to protect this vulnerable species from the gangs of ivory poachers targeting its diminishing population. The revelation was made in 2011 during a routine fly-over of the Wonga Wongué Presidential Reserve, Gabon’s second largest protected area. This coastal park, which features palm-fringed lakes, mangroves and spectacular lowland rainforest, is a vital refuge for many species including elephants, buffaloes, hippos, gorillas, chimpanzees and leatherback turtles.

In the light aircraft were Dr Mike Fay, conservationist and technical director of the ANPN (Agence Nationale des Parcs Nationaux), and Norbert Pradel, the reserve’s warden. It was on the park’s extensive grasslands that they spotted their first elephant: dead, with its tusks savagely ripped from it. “We spotted one carcass, then another, and another, and within minutes we realised that something was very wrong,” says Fay, who was one of the key players in the creation of Gabon’s national park network in 2002. “We shifted from random to surveillance flight mode and within an hour had detected more than 30 fresh carcasses, all dating from the last three or four months.” Fay realised instantly that what they were seeing was only ‘the tip of the iceberg’. He added: “We knew there must be scores more in the forest that we could not see from the air. In my professional opinion, there will have been hundreds killed at this reserve this year.” 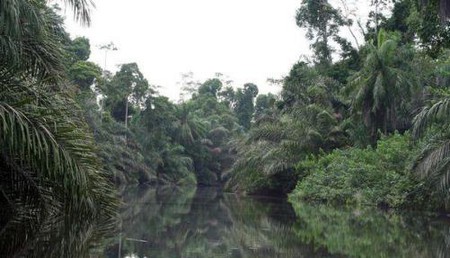 White added that Gabon had a similar problem at two other forest elephant national park strongholds, Minkébé and Mwagna. “The tragedy of the forests is you cannot see the carcasses for the trees,” he said. “Generally the first indication is the smell.” President Ali Bongo’s reaction was swift on hearing the news. Following a cabinet briefing by Fay and White, he announced the immediate formation of a 240-man elite military unit within the ANPN. It has been charged with defending the parks and halting elephant poaching and other wildlife-related crime in Gabon. “We’re talking ten men minimum per park plus two mobile units of 60,” says White. “They will be gendarmes, so they will be armed.”

“Wildlife protection and the preservation of natural resources is the great challenge of our time,” said President Bongo. “If we lose our elephants, we will enter the same spiral that has seen wildlife and natural resources plundered elsewhere in Africa, with the inevitable consequence of political instability and conflict in dysfunctional ecosystems where man can no longer live sustainably, in harmony with nature.” These measures come just three months after Gabon raised the status of the forest elephant to ‘Fully Protected’ due to concerns about the resurgence in poaching pressure.

For a long time, the African Forest Elephant, Loxodonta cyclotis,was considered to be a subspecies of the larger savannah elephant, yet recent DNA evidence has proved it to be a separate species entirely, that lives only in the forests of West and Central Africa. Its small size, smaller ears and down-pointing tusks are an adaptation to its lush tropical forest environment and its ‘pink’ ivory is more finely grained than that from savannah elephants in Southern Africa, making it particularly prized. Today, just one tusk from a prize bull elephant will sell on the black market for upwards of $50,000 and organised smuggling rings can make staggering profits, purchasing ivory from rural people for around $50 per kilo and selling it on at around to $2,000 per kilo on the Asian market. 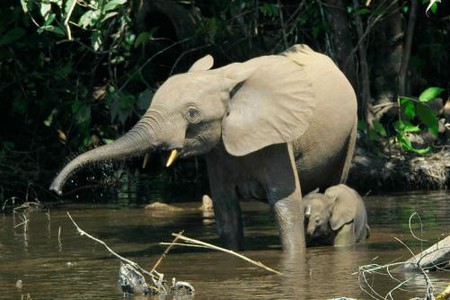 In the last 20 years the majority of forest elephants across Africa have been slaughtered for the illegal ivory trade. The Democratic Republic of Congo, which once had some 500,000 forest elephants, has 12,000 or fewer today. Gabon and northern Republic of Congo represent the last frontier. The figures confirm conservationists’ fears that the final battle for the survival of the forest elephant has begun. “These latest observations prove that organised criminals are penetrating deep into Gabon and slaughtering elephants in some of the remotest forests left,” says White. “According to our intelligence, most of the poachers are foreigners using weapons that came into circulation during the civil wars that have plagued the region in the recent past.”

Dr Richard Ruggiero, head of the US Fish and Wildlife Service’s Africa and Asia programmes, recently visited Gabon’s national parks. He said: “Armed poachers with far superior weapons have opened fire several times in the last year on national parks staff. If the forest elephant and the other rainforest wildlife in Gabon, such as gorillas, chimpanzees and mandrills, are to survive, a concerted effort will be needed by both national and international agencies. President Bongo has taken the initiative. Now it is up to the international community to support him”.