Gabon’s annual Fête de la Musique has been running for 32 years. For it’s thirtieth edition in 2011, the nation’s most well-known musicians were led by Pierre-Claver Akendengué, the ‘father of Gabonese music’. Tiphaine Saint-Criq was there. 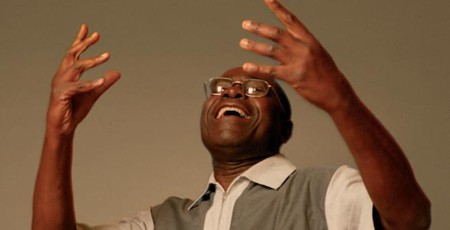 It is 2011 in Gabon, and the thirtieth edition of the country’s annual Fête de la Musique. Every blade of grass on the vast lawn outside Libreville’s French Institute is vibrating, as the biggest names in Gabonese music join forces for a very special tribute concert to their superstar, Pierre-Claver Akendengué, a pioneer of modern African music and the idol of three generations of Gabonese.

Several thousand excited fans kept dancing until one o’clock in the morning as they enjoyed a succession of Gabon’s leading artists performing in honour of their ‘master’, the great Akendengué. The line-up included Gabonese singing veterans Mackjoss, Hilarion Nguéma and Claude Damas; performers Omar Ben Sala, Annie-Flore Batchiellilys and Michel Ndaot; and the cream of the youngest generation: female singer Naneth, rap star Tina and the group Movaizhaleine, the ‘bad boys’ of Gabonese rap. 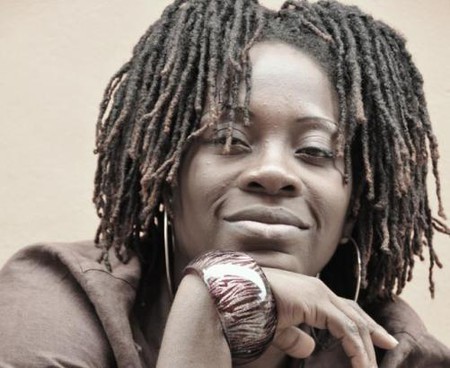 This generational mix, also reflected in the audience, must have gladdened the heart of the man who has spent his life promoting young Gabonese musical talent. Akendengué, a songwriter and musician, went to France for treatment in 1965 for a sight disorder. He ended up staying in Paris for 20 years, attending the famous Petit Conservatoire de la Chanson and writing and composing songs that were quickly snapped up by a French recording label, earning him an international reputation and a host of awards.

He returned to Gabon in 1985 and created the Carrefour des Arts, the talent school for young Gabonese performers, which he has run ever since. Still a champion of the arts, Akendengué currently serves as a cultural advisor to President El Haj Omar Bongo Ondimba. Originally from Aouta in the Myéné-speaking region, Akendengué is as passionate about the traditions of his country as he is about other forms of world music, especially Gregorian chant, which he learnt while studying in a missionary college in Gabon. He is famed for his innovative approach to composition and in 1993 he collaborated with French producer Hughes de Courson, creating a bold fusion of forest chants and Bach cantatas for his highly acclaimed album Lambaréna.

Opening the event, Akendengué told the audience that he wanted joy to be the watchword: the joy of singing and the joy of listening. ‘For me, music is a moment of sharing,’ he confided during rehearsals. ‘I am delighted that so many friends accepted the invitation. And it gives me particular pleasure to be a mentor to the younger generation. It is part of a tradition: the old passing on their knowledge to the young. It’s wonderful to involve young artists and to see the Gabon of yesterday, today and tomorrow represented in the course of one evening.’ 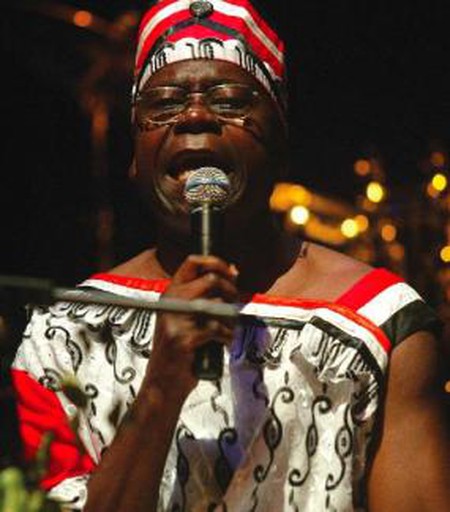 Among the veterans, the singer Mackjoss was a towering figure, both physically and in terms of stage presence. He may be in his sixties, but a few subtle movements of his massive frame were enough to fire up the audience. Everybody starting singing his cult hit Le Boucher (The Butcher), a number he says he owes to Akendengué. ‘He was the one who inspired me to make music,’ he said. ‘When I heard his first hit, Télégramma, I was astonished. I thought: ‘If he can do that, why can’t I?’ ‘We heard all those wonderful songs he was recording in France and we began to realise that our country itself was capable of producing fine artists. I abandoned my studies in ’64 and devoted my life to singing. I wasn’t trying to do better than him; I just wanted to be like him.’

The spectators also gave a warm welcome to Omar Ben Sala, who delivered a vibrant version of Akendengué’s song ‘Piroguier (Canoe man)’ before getting everybody swaying along to the rolling rhythm of ‘Awana W’Afrika (Africa’s children)’. ‘Pierre Akendengué is my idol,’ announced the Port-Gentil singer. ‘He is the father of Gabonese music. He is my inspiration. He taught me the beauty of language, the depths that lyrics could achieve.’ 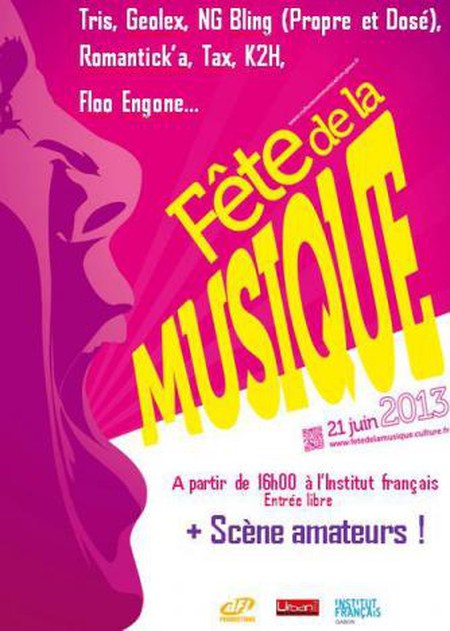 Soon it was the turn of the new generation, the performers young enough to be Akendengué’s grandchildren. Naneth spent ten years as one of his backing singers before embarking on her current solo career. ‘When I was small, I used to dream of singing with him. When I became one of his backing singers, my dream came true. For me, he is an intellectual guide, he exemplifies rigour and creative depth. When you are with him, you learn something new every day,’ said the sultry-voiced singer. Accompanied by Akendengué’s talented musicians, Naneth honoured her teacher with a reggae version of his song ‘O Maia’.

Movaizhaleine, an explosive rap duo formed by young singers Maât and Ekomy Ndong, kept the smile on the master’s face. The rappers regard Akendengué as ‘the influence’ with ‘total respect’. The feeling is mutual: ‘Of all the artists we met, he was the most open to what we were doing. He didn’t know rap but he wanted to hear our first record. And I know he really listened; he wasn’t just pretending to be interested because afterwards he started asking me questions about it,’ said Ekomy. The two rappers paid tribute in their distinctive fashion, launching into their hit Considérable and following up with L’Afrikain, which they spiked with the Akendengué hit Beni-Beni. The concert reached a brilliant climax when the master himself picked up the microphone. As the clock ticked on past 1am, the fans began to leave, taking with them the memory of Akendengué’s pure voice and the image of his smile which, on that special night, was broader than ever.

This article has been taken with permission www.gabonmagazine.com