Why Adoption by Foreigners is Banned in This Country 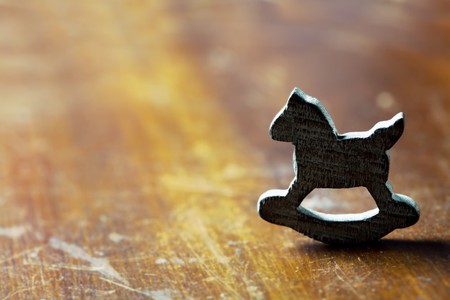 A father on a witness stand denies the child standing in front of him is his, claiming the child is an orphan. Wrongly led to believe that he will reunite with his child soon, the father consents to send his son away to a place where he thinks his child will get better care.

These kinds of stories, an informal system based on a quid-pro-quo relationship to adopt a child, and the desire for making money rather than a child’s benefit is one of the reasons the Ethiopian government cites as a basis for the recent ban on foreign adoption of children. Some families have reportedly paid 30,000–40,000 US$ to get children through adoption agencies. According to the International Convention on Adoption, in principle, no money should be involved in the adoption process, as it will have a negative influence on the child’s benefit and the state should take all possible measures for the child to remain in the care of his or her family of origin.

“Children who had parents and did not need support were being adopted, instead of those who actually needed help. Some parents deliberately gave up their newborns, lured into false beliefs by those involved in child laundering. Documents were falsified for this purpose. At a time when the country’s information system has gaps and there is no reliable documentation of births and deaths, presenting fraudulent documents was not much of a challenge,” said Dereje Tegeyebelu, Legal Affairs Directorate Director of the Ethiopian Ministry of Women and Children Affairs.

High-profile cases of physical and psychological abuse have been reported about children adopted from Ethiopia. One of these children was 13-year-old Hana Williams, who brutally died of hypothermia compounded by malnutrition and gastritis at the hands of her American adoptive parents in 2011. The parents were later sentenced to 37 and 29 years of imprisonment.

The number of annual foreign adoptions reached a staggering 5,000 in 2008–2009 and has decreased to 500 the past two years, as the law became more restrictive. Although a post-placement report has to be submitted every year until the child turns 18, there are instances when the adopters do not follow through and not much information is available on the child’s safety. 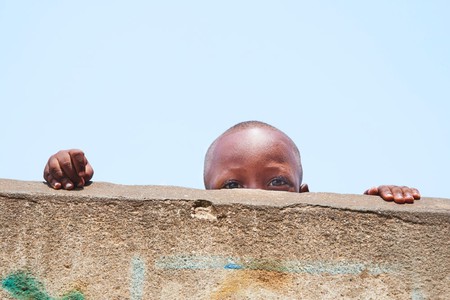 Child looks in camera from behind a wall | © Danilo Marocchi/Shutterstock

The most important reason for the ban, however, is the government’s concern about the identity crisis Ethiopian children are facing. “A child’s safety is not just about food, security, shelter, and access to education. It’s also about their mental well-being and happiness. We have witnessed countless children going through an identity crisis and are depressed. This has led us to conclude that foreign adoption does more harm than good. Some children have had the fortune of a successful life but these cases are rare. We believe it’s better for children to grow up being able to identify with their cultural identity and language,” said Tegeyebelu.

The announcement of the ban was met with opposing views from the public. Some praise it as the right decision to protect children from human rights abuses, while others think it’s premature. Lemlem Tsegaye, former legal advisor of Illien Adoptions International in Addis Ababa, feels the ban, which was put into effect on February 14, 2018, will overburden orphanages: “The timing of the ban is wrong. Ethiopia does not have proper options in place for providing care to orphans. Orphanages that used to get financial support from adoption agencies are being forced to close or change into a group home setting in search of donations to keep the place open.”

The Ministry of Women and Children Affairs argues that the number of abandoned children has dramatically decreased following the announcement of the ban. It’s in the government’s belief that providing financial support to poor families and creating awareness about the negative consequences of foreign adoption are better alternatives. Its focus will be on other child support alternatives, like foster care, local adoption, and orphanages. However, the existing government orphanages reportedly struggle with a limited budget, which compromises the safety of children under their care.

Adoption processes that have already begun in court before the ban was announced will be pursued. Meanwhile, close to 24 adoption agencies that were active in Ethiopia at the time of the ban are now returning their licenses and closing their gates. The organizations are from America, Belgium, Spain, France, and other European countries. The government says it’s willing to renew their licenses if the institutions plan to engage in other child support activities. Despite the criticisms about no pre-arranged settings for children with no families, Ethiopia is sticking to the decision to take care of its own.