The Jaunt Explores the Art of Travel 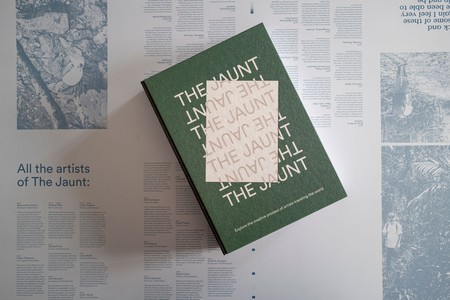 ‘The Jaunt’ book documents the creative process of 40 artists’ global travels, with inspiring results | Courtesy of The Jaunt

As a creative concept that pairs artists with their dream destinations, The Jaunt investigates how travel can be both an inspiration and an art in itself. 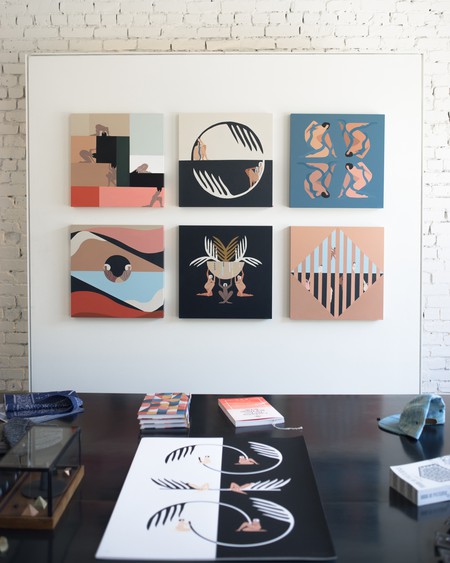 “Travel is hugely important to my creative process. There’s nothing more inspiring in terms of idea creation. Being an artist can be really isolating, and for me, those breaks become so necessary to get out of the ‘hermiting’ that comes along with studio life… to have new experiences, see new sights and just to prevent loss of sanity in general,” says Laura Berger. She’s one of many artists who have gone on trips with The Jaunt, a creative initiative that sends artists to find inspiration in their dream destinations.

The Jaunt launched in 2013 and is the brainchild of Jeroen Smeets. “I was working as an editor-in-chief of a magazine back then, and I always worked with a lot of artists for the magazine. With any artist, the conversation always got to travelling, and how artists would love to travel more as a way to find inspiration,” he explains.

It’s easier said than done for artists to travel – going on your dream trip is usually expensive, and for creatives in the freelance industry, it’s not always feasible. Smeets came up with the idea of sending the artists on a trip, getting them to create an artwork inspired by the place and selling the piece afterwards to pay for future trips. “I had no idea if it was going to work or not. So, in the end, we just went for it. I booked the first flight, we announced the trip and the artist, and we sold out almost immediately. We haven’t stopped since,” he says.

New artworks from the trips have been collected in a new book. Flicking through it will take you from Serbia to Nicaragua, Kathmandu to Maine, and make you truly appreciate the importance of new impressions. 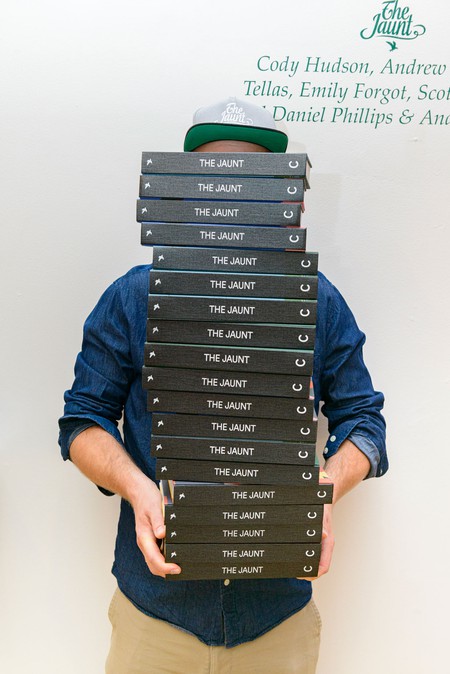 So far 60 artists have gone on jaunts, and the company now organises 10 trips per year, all over the world. The artists almost always get to choose the place they go to themselves – provided they’ve never been there before. Louis Reith is one of the few, if not the only artist, to not pick his destination himself, as photographer Nick Helderman introduced him to the idea of going to Addis Ababa, Ethiopia. “Nick travelled the world with the Dutch legendary punk band The Ex, as a friend and to document their shows. They also toured through Africa with the late Ethiopian saxophone legend Getatchew Mekurya and dancer Melaku Belay, and Addis made a big impression on Nick,” Reith says.

He said yes instantly and ended up being “intrigued by the painted signs and roadblocks in the streets, the colours, the Amharic language and, maybe most of all, the sounds” of Addis Ababa. The resulting piece is “a self-portrait in Addis Ababa”, created using images and graphic elements – such as a picture from an old book cover and a symbol from a ticket found in the streets – that he came across while in the city. The muted green, gold and red hues of his print nod to the Rastafari colours connected to the African country and to Haile Selassie, the Ethiopian emperor who is a messianic figure in the Rastafari movement. 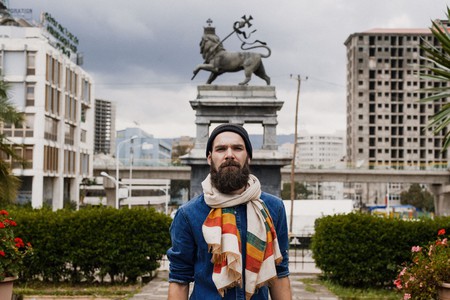 Artist Louis Reith stands by the monument to the Lion of Judah in Addis Ababa, a city that intrigued him | Courtesy of The Jaunt

For Berger, The Jaunt was a chance to visit Peru, which she had always wanted to see. “The experience of travelling solo was uniquely inspiring in and of itself. It allowed me to connect with myself and the things I was doing and seeing in a much deeper way,” she says. The artworks she created after the trip were inspired by textile patterns she had seen in Lima, as well as the stark contrasts that exist in the city. “There are ancient pyramids right in the middle of the city, surrounded by very modern new architecture; the ocean and the green parkways that press right up against the edge of the city… I was thinking about how those things coexist and affect each other. I find this blending of opposites really interesting to think about, and it’s a theme I’m still exploring in my work today,” she says.

Not only has The Jaunt produced a lot of artworks since the project began, but the trips have had a long-lasting impact on the creatives who go on them. “We have had some artists who have been on trips that proved to be life-changing for them. The first one that comes to mind is the trip that Raymond Lemstra made to Seoul, South Korea. He travelled there in December 2014, met a girl, fell in love, and two years later, he immigrated to Seoul to live there with his girlfriend,” Smeets says. “On our trip to Santa Fe, New Mexico, where we sent the artist Merijn Hos, he got the chance to see behind the exhibitions in the Alexander Girard Wing at the Museum of International Folk Art. The curator there showed him the entire archives, including personal effects of Girard, and that was a lifelong dream for the artist.” 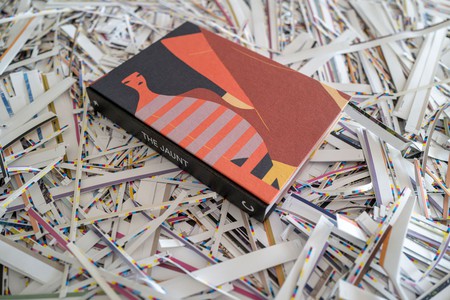