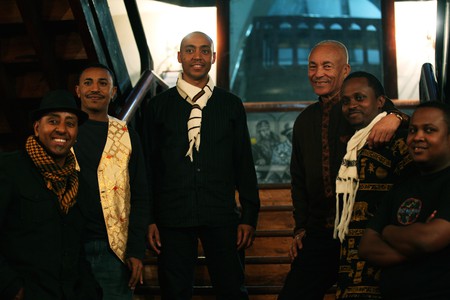 Since the 1990s, when French music enthusiast Francis Falceto rediscovered and collected hundreds of previously little-known tracks into the Éthiopiques series, Ethio-Jazz has enjoyed a new-found global popularity well beyond the regular world music crowd. As a fashionable Roman socialite remarks during a party scene in Paolo Sorrentino‘s film The Great Beauty, it is only a small exaggeration to claim that “Ethiopian jazz is the only kind worth listening to these days.”

From Mulatu Astatke’s tunes being used on Jim Jarmush’s Broken Flowers, to Seifu Yohannes ‘Tezeta’ being sampled by The Game on 2007’s Common, the sounds of Addis’ ‘swinging 60’s’ continue to resound with Ethiopian and international audiences alike. But even before the unusual tonalities of Ethiopian music fused with the sounds of brass-oriented orchestras and American jazz to set the scene for the ‘Golden Era,’ Ethiopia’s popular music was a vibrant blend of sounds, in which acoustic instruments were weaved together to create evocative and instantly captivating melodies.

Recognizing the artistic value of these, Addis Acoustic Project has been resurrecting the hits of the ’50s and ’60s and bringing them up to date with arrangements which blend East African, Afro-Cuban, and Brazilian elements.

“The concept of the project is to capture and preserve the instrumentation of those days, but giving it a new twist,” says Girum Mezmur, the founder of the group. At once traditional but fresh-sounding and catchy, Addis Acoustic Project perform every Friday night in Coffee House – one of Addis’s oldest jazz houses – to a crowd which spans different generations of Ethiopians and expats. “Older people enjoy our music because we have stayed true enough to the original melodies for them to be recognizable” says Girum. At the same time, the jazzy arrangements, Latin guitar solos and tight percussions create an intoxicating, meandering groove, which immediately grabs a hold of listeners of any age. 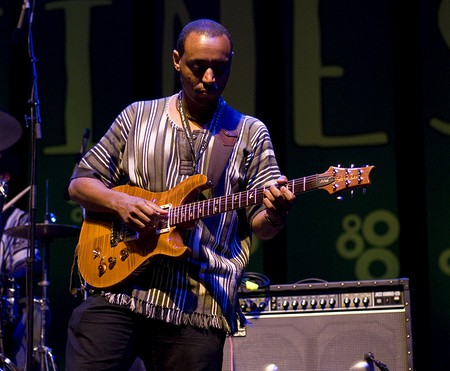 The very name of the band – ‘Addis’ also means new in Amharic – is a play on words which captures this synthesis of tradition and modernity, highlighting Addis Acoustic Project’s sound as a re-elaboration of Ethiopia’s musical history

The choice to focus on the 1950s and ’60s stems from Girum’s own passion for the accordion, an instrument which he taught himself how to play as a child and which was fashionable during the earlier part of the century. With the big band influence of the late 60s, the presence in popular music of instruments such as the accordion and mandolin began to diminish, giving way to the electric keyboards and saxophones characteristic of later years.

Unwilling to let this lesser known era of Ethiopian music be forgotten, Girum set out to recreate and revitalize these sounds, and in 2008, Addis Acoustic began to take shape. Having pinned down the instrumentation of the band – which includes a mandolin, clarinet, double bass, percussions and the kebero – Girum went in search of the musicians who could best fit his vision for the project.

The first to make the cut was veteran mandolin player Ayele Mamo, a veritable living legend who has had a defining role in shaping the sound of Ethiopian popular music of the ’50s, both as a mandolin player and a song writer. Self-taught, Ayele began playing the mandolin during a time of pervasive Italian influence, which left its cultural mark on anything from food (in Addis you don’t have to go far to find Ethiopians sipping macchiatos or eating spaghetti) to technologies and music.

Mobile, loud and modern, it was not long until Italian instruments such as the mandolin and the accordion were embraced by Ethiopian musicians. But much like what would happen with the saxophone decades later, these foreign instruments were adapted, transformed and made to sound distinctly Ethiopian. Ayele thus plays his mandolin like a krar – the traditional bow shaped lyre made of wood and hide- with open strings and limited keys, adding one more dimension to Addis Acoustic Project’s mesh of influences. 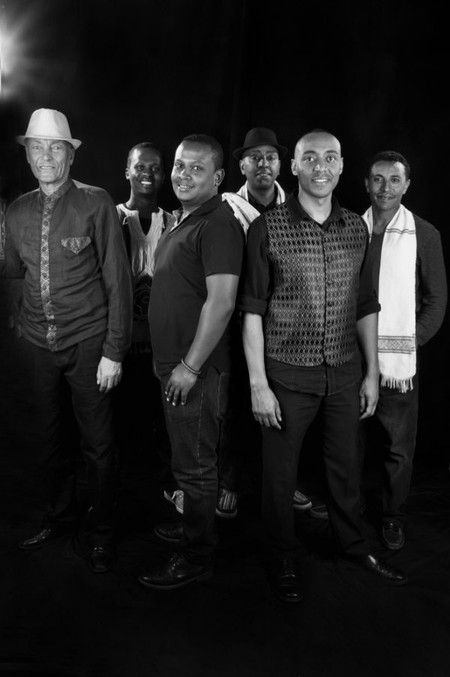 In 2011 the band released their first album, Tewesta (Remembrance). The hour-long record perfectly encapsulates the theme which Mezmur had in mind during the band’s conception. Covering tracks which already gleaned sounds from places as diverse as Armenia, Sudan and Europe, and layering them with latin, jazz and folk influences, Addis Acoustic create an album which is timeless, global and yet undeniably Ethiopian.