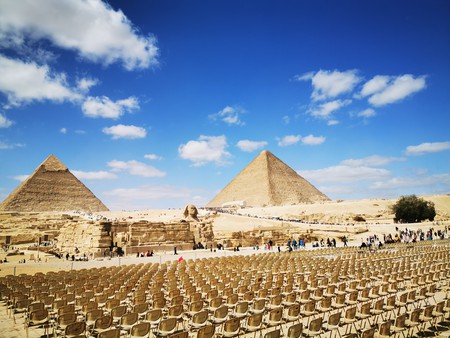 The tomb of an Egyptian queen has been opened up for you to experience online, complete with hieroglyphs that date it back 5,000 years. It’s one of a series of 3D virtual tours, giving amateur archaeologists and history buffs the chance to explore some of Egypt’s most extraordinary sites.

The multitude of historical sites in Egypt are currently off limits, but that doesn’t mean we can’t visit them virtually. Using 3D models from a Harvard University project, these online tours take you through tombs from antiquity and other religious sites.

It works much like a Google Maps tour, allowing you to navigate the space and take a closer look at specific details. It’s easy to use, even for technophobes, and is presented in an engaging way. Get a real flavour of Egyptian antiquity by virtually touring this ancient queen’s tomb.

The tomb of Queen Meresankh III

The tomb of Queen Meresankh III lies in the shadow of the Great Pyramid of Giza, and can sometimes be overlooked in favour of the ancient wonder. If you have visited the pyramids you might not even know this tomb exists, but after this virtual experience you’ll be inspired to start planning your own real-life experience of it, once it’s safe to visit. The tomb was discovered in 1927 by Harvard’s George Andrew Reisner, with hieroglyphic inscriptions dating the original construction as far back as 5,000 years. 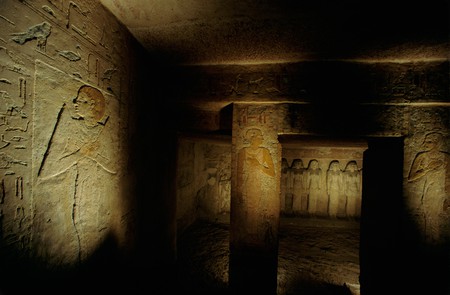 The tomb is full of incredible features such as a row of stone-carved reliefs and wall paintings that still maintain their original colouring. The preservation of these treasures has been a cornerstone of modern Egyptian research, and remarkably there are believed to be many more tombs that are yet to be opened.

When we recently explored the more famous archaeological finds in Luxor’s Valley of the Kings, one inescapable downside was the large number of people that were gathered at the site. One benefit of the virtual tour is that the experience has been modelled around an empty space, so you can enjoy unobstructed views. Also, less sand in your shoes.

Another fascinating walk though the corridors of the past can be seen on a tour of the mosque-madrassa of Sultan Barquq, a popular location in the heart of the capital, Cairo. The madrassa (religious school) dates from the medieval period, a time when the Egyptian city was at the centre of trade between east and west. The architecture is more in keeping with the Islamic style that is prevalent in North Africa. 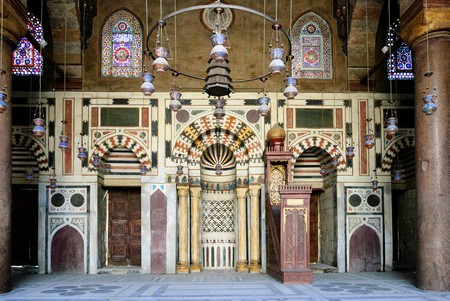 Showing us the another side of Egyptian religious heritage is the red monastery. This Coptic site is one of the most famous places of worship for Christians across the region, and was built in the 4th century. You can get an idea of how the monastery got its name when you rotate the model to the courtyard outside. In some recesses you can see that the buildings exterior is made from red bricks, which differentiate from a white monastery close by in Sohag.

Completing the tour – and also highlighting the religious diversity of the country – Ben Ezra synagogue is located in Old Cairo. The exact location is actually believed to be on the spot where baby Moses was found. Although an ancient structure, much of the current building is from the 1890s. Due to a decline in the numbers of Jewish people in Egypt in recent years, the synagogue is now mainly used as a museum. 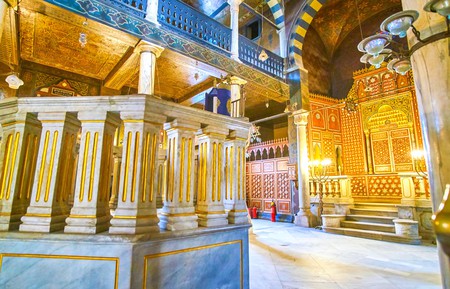 Hopefully this whistle-stop online tour will whet your appetite to plan a full trip to Egypt once travel restrictions have been lifted. For now, though, stay home – and make the most of this entertaining virtual excursion down the Nile.