Top Tips for Visiting the Valley of the Kings in Egypt 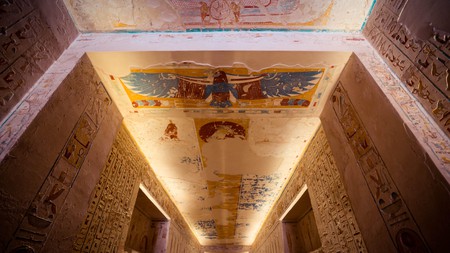 Delve inside the underground tomb of Tutankhamun at the Valley of the Kings, an unmissable sight in Egypt. Make the most of your visit with these recommendations from Culture Trip.

And if you’re thinking of heading from Cairo to Aswan, check out our epic 10-day adventure that takes you to the Valley of the Kings among other unmissable sights.

A trip to Egypt wouldn’t be complete without visiting the Valley of the Kings. The ancient Egyptians built huge public temples to celebrate their pharaohs. They also invested time and plenty of gold-dipped trinkets in decorating the elaborate underground mausoleums. The most famed collection of these magnificent tombs is called the Valley of the Kings. It became a royal burial site during Egypt‘s New Kingdom (1550BCE-1077BCE) with 63 tombs remaining today. Inside, it offers a glimpse of ancient Egyptian life, including a peek inside the tomb of Tutankhamun. 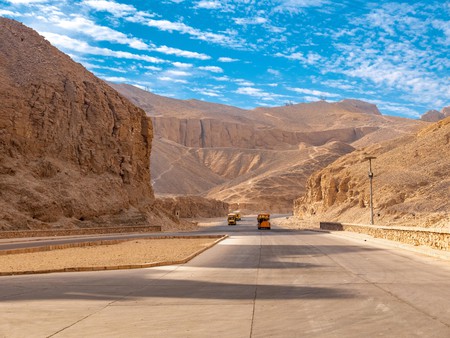 The Valley of the Kings, near Luxor, is accessible by road | © CALIN STAN / Alamy Stock Photo

Where is the Valley of the Kings?

The Valley of the Kings is located on the West Bank of the River Nile, near Luxor. Archaeologists believe that the pharaoh’s architect Ineni chose this isolated valley as the royal burial ground because it was so barren – there was no chance for settlements to be built around it. In 1979, the Valley of the Kings became a Unesco World Heritage site, alongside Thebes – once the royal capital of Egypt, now the modern city of Luxor – the Valley of the Queens and Karnak. Keep a lookout for the pyramid-shaped mountain peak of El Qurn (the Horn), which dominates the landscape. 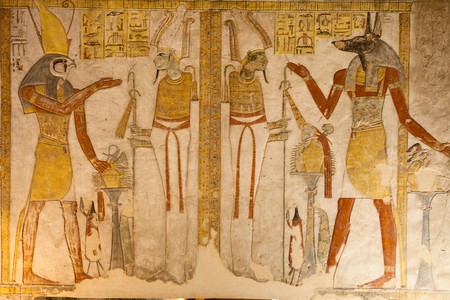 Inside the Valley of the Kings

At the entrance, you’ll find a lively tourist bazaar, selling soft drinks, ice creams and snacks alongside souvenirs. Head inside the air-conditioned Valley of the Kings visitor centre, which displays a model of the valley, plus a film about Carter’s discovery of the tomb of Tutankhamun. It’s here that you pay your Valley of the Kings entrance fee, which costs 100LE (£4.60) for adults. Additional fees may apply to visit the tombs of Tutankhamun, Ay and Ramses VI.

The tomb of Tutankhamun is an undisputed highlight. It was discovered by Howard Carter in 1922, stocked with all the material goods a young ruler might need in the next world: furniture, clothes, food and dazzling golden masks. The nearly 4,000-year-old sarcophagus is on display here, consisting of three coffins in total – the innermost is made of solid gold.

Next up, Tausert and Setnakht’s double tomb is one of the largest in the Valley of the Kings. It’s home to a magnificent winged sun god depicted emerging from the underworld. Meanwhile, the Tomb of Ramses IX is noted for its beautifully intricate wall paintings and preservation of colour inside chambers linked by a network of narrow corridors. It’s worth taking a torch to see the darkest corners of the tombs – but remember, photography is forbidden.

Best Time of Year to Visit the Valley of the Kings

The tombs can be swelteringly hot in the summer months, so it is best to visit the Valley of the Kings between October and April when temperatures are cooler, but still pleasantly warm. The sites on the West Bank open year-round at 6am, so beat the crowds by arriving early. Be prepared to queue at the most popular tombs: Tutankhamun and Ramses VI. 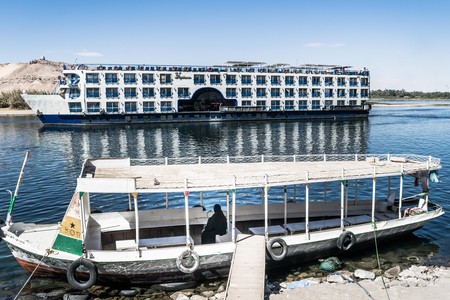 Why not get to Luxor by boat along the Nile River? | © Mohamed Raheem / Alamy Stock Photo

How to Get to the Valley of the Kings

The Valley of the Kings is situated about 18mi (29km) northwest of Luxor. The most popular way to get here is on an organised River Nile tour from Luxor to Aswan. Independent travellers usually arrive by bike, taxi or bus – the road to the valley is a gradual, sun-baked climb. If you drive, free parking is available. In the hot summer months, a tuf-tuf – a small air-conditioned electrical train – ferries groups between the visitor centre and the tombs for 4LE (£0.18) per person.