AFRICA
/
EGYPT
/
CAIRO
/
Things to Do

The Best-Kept Secrets of Cairo, Egypt 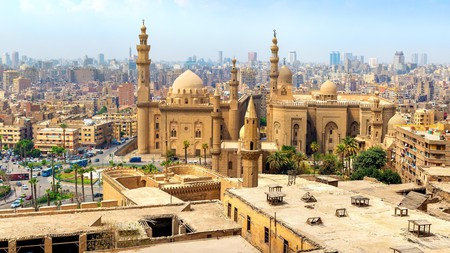 Home to the Great Pyramid of Giza, the last remaining of the Seven Wonders of the Ancient W0rld, as well as a rich history that stretches back to 3,000 BCE, it’s no wonder Cairo still draws enormous crowds. For those wishing to explore the city off the beaten path, the capital of Egypt is home to a thriving hidden scene of cosy bookshops, colourful markets, authentic Arab restaurants and compelling art galleries. 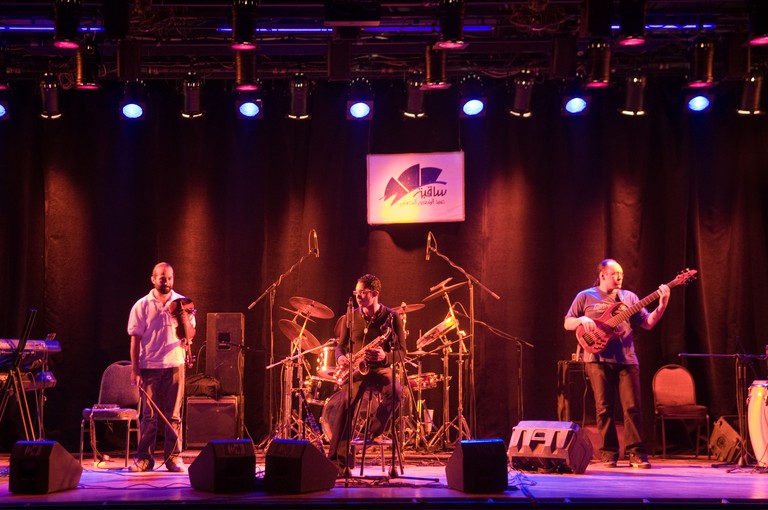 An all-purpose private culture centre, the El Sawy Culture Wheel offers daily seminars, talks and performances in every discipline of the arts, from dance to music and even puppetry. The centre was established in 2003 by Mohamed El-Sawy in honour of his father, the celebrated Egyptian writer Abdel Moneim El-Sawy. A prominent figure in the local community, El-Sawy was once a minister of culture in Egypt and the Culture Wheel aims to continue his legacy by showcasing the talents of local and international performers and intellectuals. Check out the website to see the ever-changing program of events and visit to witness something truly special while in Cairo.

A neighbourhood institution, the Lehnert and Landrock Bookshop was founded more than 90 years ago by its namesakes Rudolf Lehnert and Ernst Landrock, two celebrated travel writers and photographers from Austria and Germany. Before World War I, the pair travelled around creating beautiful photographs and glass plates showing images of their mutual passion for North Africa and the Middle East. Enjoying a fascinating history, the bookshop is now home to one of the largest selections of English, French and German books in the city. It has a stock of books on subjects ranging from Egyptian history to children’s literature, so you can spend hours exploring the ramshackle shelves. The shop features a small gallery in the back that exhibits the wonderful work of its founders.

Open from only 5pm-7pm every evening, this quaint, three-tabled restaurant is just the right amount of exclusive, not to mention one of the most authentic Egyptian culinary destinations in Cairo. Hidden down a quiet lane in downtown Bab El Louk, it offers traditional home-cooked meals served by Sumaya herself, the friendly owner of the establishment. The simple set menu is an extravaganza of Arabic cuisine, from perfectly seasoned rosemary chicken to tender lamb and onion dishes that melt in the mouth. So intimate that it is impossible to not chat to fellow diners, Fashet Sumaya offers a true taste of Arab hospitality. 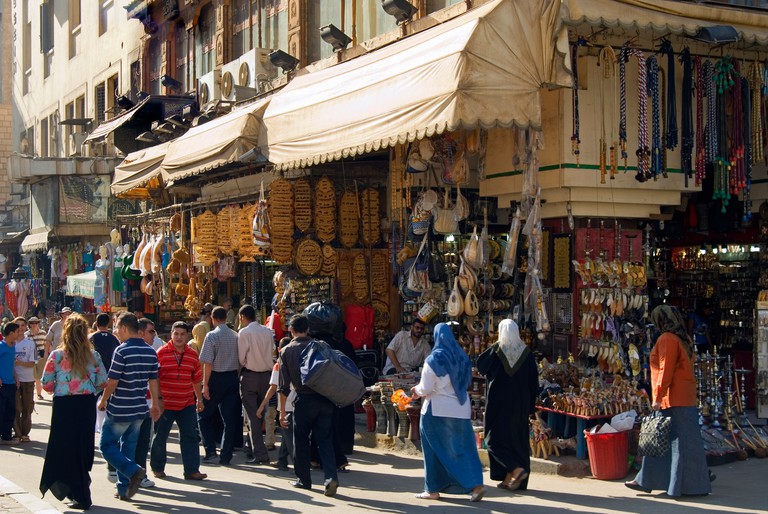 © Nico Tondini / robertharding / Alamy Stock Photo
A stroll through Cairo’s most varied souk is a walk that engages all the senses, with the smell of exotic spices wafting through the stalls and the intricate stained glass lamps casting a kaleidoscope of light onto the streets. Originally the site of the Saffron Tomb Mausoleum, the burial ground of the Fatimid caliphs, this bazaar exudes an alluring atmosphere and is a hub of ancient architecture and mysterious treasures. Here, local vendors sell a variety of wonders, from clothing to hookah pipes and regional foodstuffs, making it the best place to pick up authentic souvenirs. Be sure to haggle; bartering is a local tradition of which a failure to take part is considered almost disrespectful. You can visit with Culture Trip in the company of our Local Insider on our specially curated 10-day Egypt adventure. 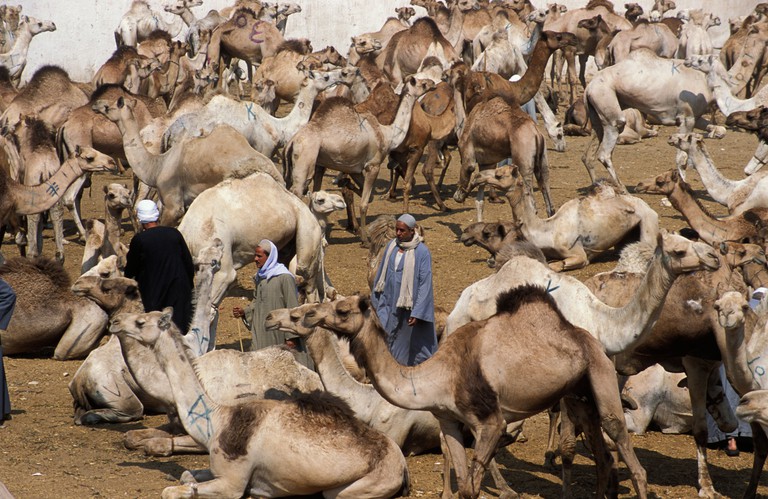 © Ariadne Van Zandbergen / Alamy Stock Photo
In Birqash, a village just 35km (22mi) outside Cairo, this camel market guarantees to tourists an authentic experience of Egyptian rural life, both good and bad. With camel meat being one of the most widely eaten and coveted foods in the country, hundreds of animals are bought and sold in this boisterous market every week, a spectacle that is definitely not for the faint-hearted. Loud, energetic and bustling with people and animals, the market is a jumble of trading, shouting and energy that’s guaranteed to make for a memorable experience. With camels having been traded at Birqash for hundreds of years, the market is an important part of Egypt’s cultural heritage and is a good place to sample the daily life of its people.

Given this impressive title by TIME magazine, Lucille’s is a must-visit burger restaurant in the heart of Cairo. Famed for its succulent beef burgers and fresh, local ingredients, the establishment was founded by Lucille, who prides herself on the first-rate quality of her cuisine. Diners can enjoy homemade products here, from sauces and dressings to beef patties ground in-house. Serving up American-style pancakes at breakfast and moving through to Mexican and American dishes in the evening, it still has options for those who choose not to taste the burgers. With its cosy and modern interior and laid-back homely atmosphere, Lucille’s is a top choice with locals. 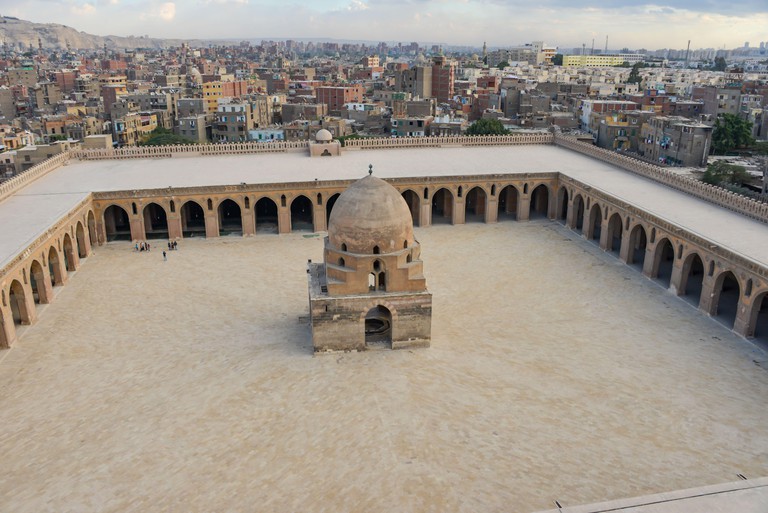 Islamic Cairo is an area in the centre of the city that tells a compelling story of Egypt’s past, starting from its conquering by the Arab Muslims in 641. Where previously Alexandria was the capital, the conquerors established their economic and political centre instead in Cairo, building many impressive mosques including the notable Mosque of Ahmad Ibn Tulun. This graceful demonstration of Islamic architecture still remains mostly in its original mud-brick form in the heart of Islamic Cairo, with its original spiralling minaret one of the most important landmarks in the city. This site offers a chance to see authentic hammams, souks, sculptures and fountains of the past, as well as the campus of one of the world’s oldest universities, Al-Azhar University. Established in 970 by the Fatimid Caliphate, the university is renowned as being one of the most prestigious Islamic colleges in the world.

Cinema
Facebook
Email
Twitter
Pinterest
Copy link
Share
Map View
A contemporary art gallery and exhibition centre, Darb 1718 was founded by Moataz Nasr, the Egyptian artist and activist who played an integral part in the 1977 Egyptian bread riots, which stemmed from the skyrocketing cost of basic foodstuffs in the country. This non-profit organisation prides itself on showcasing the work of innovative up-and-coming artists. It also provides a number of arts education programmes and raises awareness of pressing contemporary issues, including the Arab Uprising and the 25 January Revolution. Dedicated to inspiring social change through art, it has works from exciting artists from all over the world, including Ahmed Nabil and Berry Bickle. The space is bright, airy and minimalistic, designed to emphasise the idiosyncrasies of the individual collections on show. The works explore a number of thought-provoking international topics, from colonisation to modern Egyptian politics.

The City of the Dead 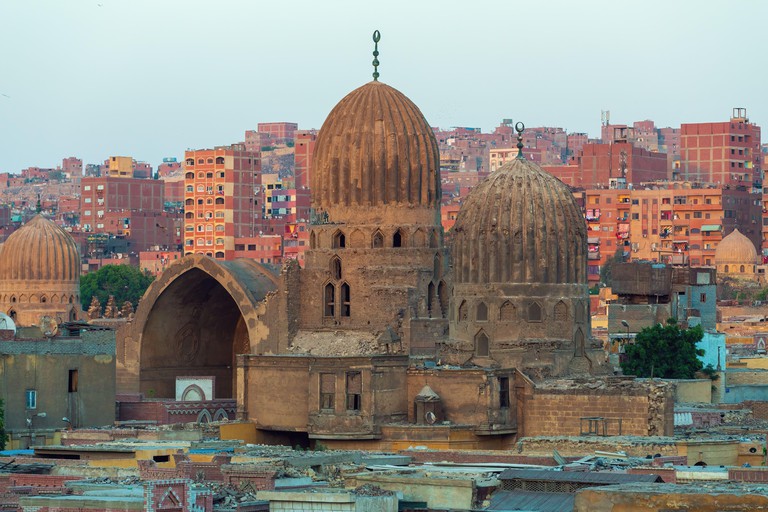 Also known as Cairo Necropolis, this Islamic cemetery stretches over an impressive area, with entire streets dedicated to the tombs of civilisations of the past. A largely inhabited area where people live among the remains of their ancestors, the Necropolis includes the tombs and shrines of some of the Islamic world’s most notable figures, including Al Husayn, son of the prophet Mohammed. There are also descendants of Amr ibn al-‘As buried here, the military commander who led the Muslim Conquest of Egypt. With intricate shrines inscribed with phrases from the Qur’an, the City of the Dead promises to be an unforgettable experience.

This cosy downtown cafe, bookshop and art gallery is one of the best places to escape the hustle and bustle of Cairo and find some much-needed quiet in the capital. Named after the German word for art, the cafe is a hub of literature, painting and photography that just so happens to serve some of the best coffee in town. Settle down at a table with a reviving cappuccino and enjoy an English book on Egypt’s ancient history, or brush up on your Arabic with the vast array of native book choices on offer. Occasionally offering film screenings and small exhibitions showcasing the work of local artists, Kunst is a coffee and culture lover’s dream, featuring a refreshingly minimalistic interior and laid-back outlook.