The Most Beautiful Lakes in Egypt 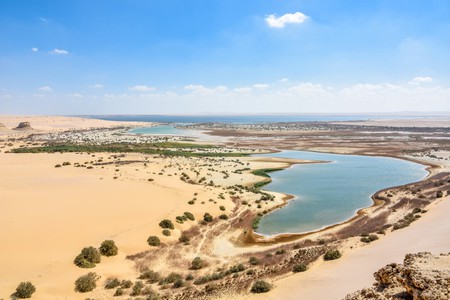 There’s something about lakes that take our breath away. From their still surfaces and mirror-like reflections to their crystal clarity, the lakes in Egypt showcase some of the country’s most beautiful natural wonders. Some stand out more than others; however, what they all have in common is their everlasting natural beauty. Read on as you discover the most beautiful lakes in Egypt that are all definitely worth a visit.

One of the most beautiful oases in Egypt, Siwa Oasis lies in the Western Desert where visitors flock here for its healing hot springs, beautiful landscapes and unique desert activities. It’s a place where you can stroll amid palm trees while enjoying the view of its salt lakes. While passing by these lakes, you would think that they are beaches due to their crystal blue colour; however, they are, in fact, lakes, but not your typical lakes. Due to the large amount of salt found in Siwa’s water, they act as a medical treatment for the eyes and skin. 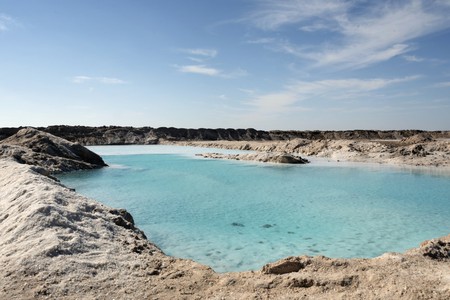 Surrounded by sand dunes and rocky mountains, Magic Lake is one of Fayoum’s most prominent and stunning lakes. Located in Wadi El Hitan in the Fayoum Oasis, this body of water acquired its name from its magical changing of colours, which occurs throughout the day. Luckily, there are many activities near the lake such as desert safaris, sand boarding, camping, horseback riding or simply having a relaxed dinner overlooking the lake while watching the sunset.

Other lakes that the Fayoum Oasis features include the Wadi Al Rayan lakes. The two freshwater lakes that lie in the valley of Wadi Al Rayan are more touristy and busy than Magic Lake due to the natural waterfall running between the upper and lower lakes. The lakes are also surrounded by wide sand dunes and beautiful landscapes, which all together create Instagram-worthy shots. 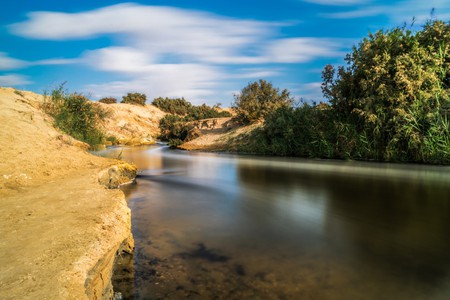 Lake Moeris, also known as Lake Qarun, is an ancient lake that was originally created due to the overflow of the Nile into the Fayoum hollow during the Pharaohs ruling. The lake, which was a freshwater lake in the past, is now a smaller saltwater lake that covers around 202 square kilometres. The whole area is home to ancient monuments and treasures that are worth visiting as well.

One of the largest man-made lakes in the world, Lake Nasser is located in Aswan and was created as the result of the construction of the Aswan High Dam. It is named after Egypt’s second president Gamal Abdel Nasser, as he was the one who initiated the High Dam project. The lake is mesmerizing; however, it’s not the only highlight of this place – in fact, it is one out of many. For that reason, visitors flock to Aswan from all over the world for its ancient monuments, cultural treasures and amazing landscapes.

Lake Nasser at Abu Simbel near the border with Sudan. It seems almost unreal. In fact it's the world's larger artificial lake.

Known as Egypt’s second-largest lake, Burullus is a brackish water lake that is located in the Kafr El-Sheikh governorate. It is also considered as a protected area that stretches over 460 square kilometres. The lake is an environmental site for its salt swamps and sand plains, as well as a historic one as the historical settlement Paralus lies underneath its water. The area is also home to hundreds of diverse species of fish, birds, reptiles and mammals that live around the lake. 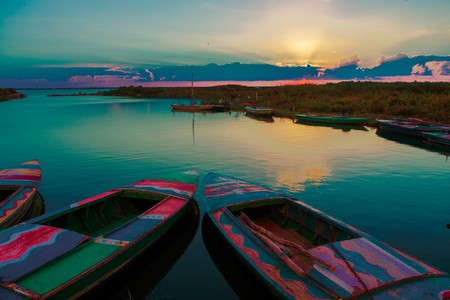 Also known as Crocodile Lake, Lake Timsah lies in the Ismailia governorate and is one of its famous attractions. The lake lies within a depression that spans the isthmus between the Red Sea and the Mediterranean Sea. The water’s surface area covers around 5.4 square miles, where different beaches overlook the lake such as Bahary, Fayrouz, Melaha and several Suez Canal Authority beaches.