The Best Areas to Stay in Cairo 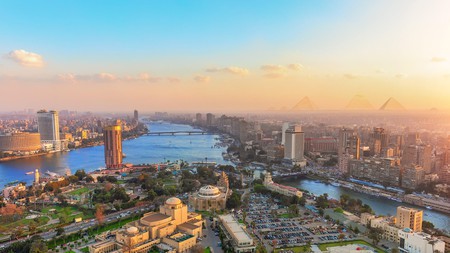 Cairo is home to a rich variety of districts, each offering a distinct experience of the capital. Whether it’s a business trip, a touristic jaunt or a family vacation, there is plenty of room for everyone visiting Cairo.

Eyeing up a trip to Cairo but unsure where to stay or what to do? Consider joining Culture Trip’s exclusive 10-day Egypt adventure, which includes two nights in a luxury hotel in Cairo. 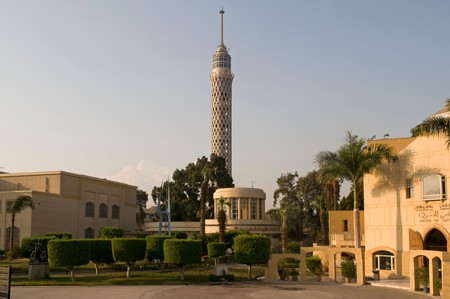 An affluent area, Zamalek is a district on Gezira Island, mostly home to expats and the wealthy. Hence, the island has many embassies, boutiques, shops, bookstores, hotels, restaurants and cafes. Zamalek offers five-star hotels such as the Cairo Marriott Hotel & Omar Khayyam Casino, but also has budget-friendly places to stay too. The island is also home to some of the best attractions in Egypt including the Cairo Tower, which offers the finest panoramic views of the capital, as well as access to the longest river in the world, the Nile. 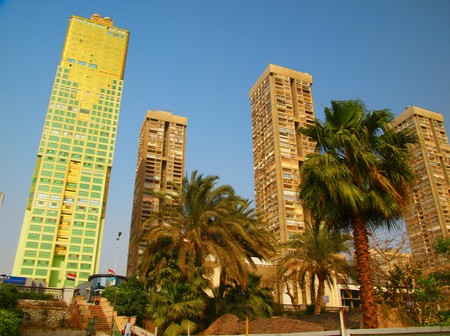 This calm district of Cairo offers beautiful greenery and impressive scenery. Famous for its promenade, known as Maadi Corniche, this neighbourhood provides stunning views of the Nile. Felucca rides are common here and there are plenty of embassies and expats in the area. It’s also become a foodie district thanks to the remarkable restaurants that have flooded in. This is especially the case on Street 9, where restaurants line the street and offer all kinds of tasty food. The old area of Maadi is home to some of the oldest villas and low-rise buildings in the city and is more affluent than the new area. 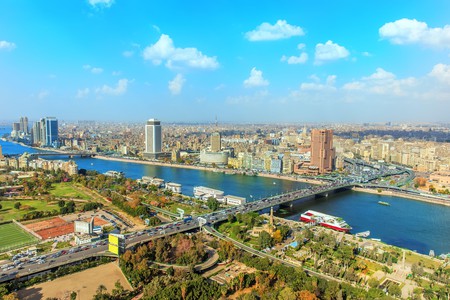 Once an elite area, Downtown Cairo was built by French architects during the 19th century when Khedive Ismail ruled. The buildings give the district a nostalgic feel coupled with a modern twist. Although it’s not as fancy as Zamalek and Maadi, Downtown has the largest selection of budget accommodations and cheap places to eat. It’s also a two-minute drive from The Egyptian Museum and Tahrir Square; a 10-minute drive from Khan El-Khalili, Cairo’s oldest bazaar market; and a 15-minute drive from Islamic and Coptic Cairo. 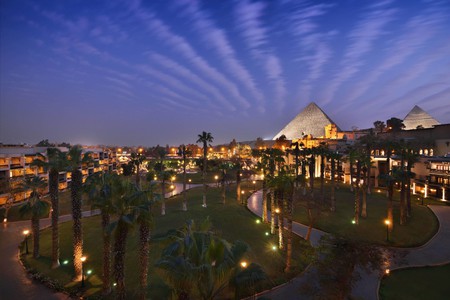 If you’re yearning for an ancient view of the pyramids, then the Pyramids area, known as Haram, is the perfect place to stay. It’s located in Giza, where both luxurious hotels, such as the prominent Marriott Mena House Hotel, as well as budget-friendly options can be found close to the Giza Plateau. The Pyramids district is the most convenient spot for trips to Saqqara, Memphis and Dahshur, home to some impressive ancient relics. 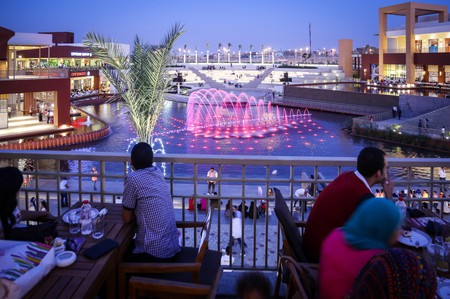 Known as both the Fifth Settlement and New Cairo, this area is one of the newer districts built in the capital. Many companies have moved their headquarters here, making it the most suitable spot for a business trip. It also has some of the best restaurants due to the presence of several malls, such as Cairo Festival City, which contains clothes shops, a food court, business district and apartments. Other New Cairo malls include Point 90 and Downtown Mall, which also feature some of the best eateries in Cairo. The area is also home to one of the best universities in town, the American University in Cairo, which is the reason many AUC students reside in the Fifth Settlement. 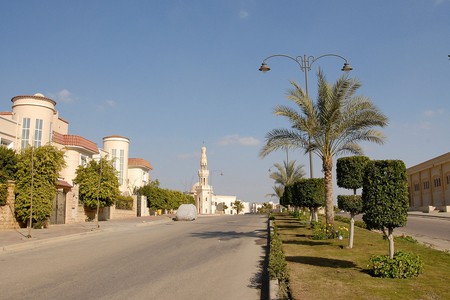 The 6th of October was built to reduce congestion in Downtown Cairo, and has many residential compounds, schools, hypermarkets, hospitals and hotels. It’s also home to several universities, which means Egyptian and foreign students favour this area. The zone is home to company headquarters, and has one of the biggest gated compounds in Cairo, Smart Village, which comprises several huge names. It also has some of the best restaurants and cafes, which people flock to from across Cairo. For many residents, this place is a favourite for weekend gatherings with friends and family.