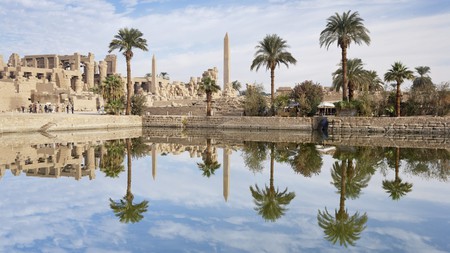 Dive deep into ancient Egypt by visiting its renowned places of worship – from millennia-old Luxor Temple to Karnak with its avenue of sphinxes.

Trace the history of one of the world’s greatest civilisations by visiting Egypt’s magnificent temples. Many of them sit on the banks of the storied River Nile – the lifeblood of Egypt for thousands of years. From Edfu to Hatshepsut, Culture Trip has hand-picked the temples you need to see on your tour of this North African country. 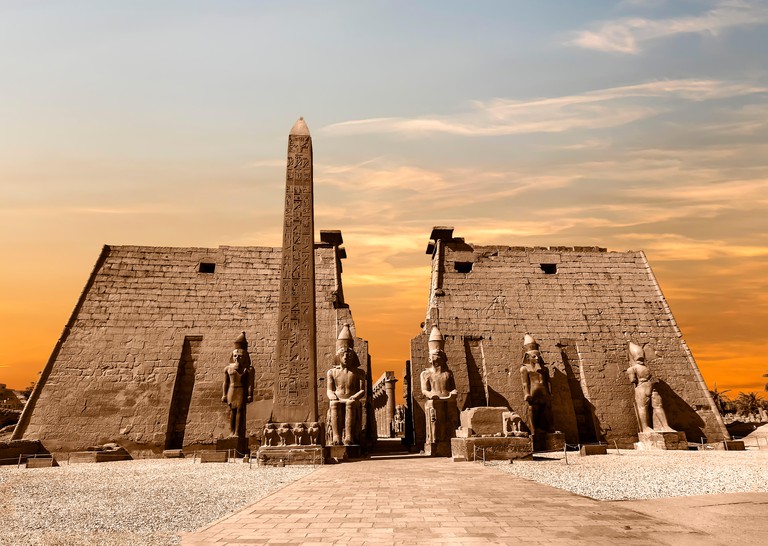 © Alfredo Garcia Saz / Alamy Stock Photo
Any Nile cruise worth its weight in pharaoh gold starts at the Temple of Luxor in the Nile Valley. Largely built by the New Kingdom pharaohs Amenhotep III (1390 – 1352 BCE) and Ramses II (1279 – 1213 BCE), this is the oldest temple in Egypt and often referred to as “the world’s largest open-air museum.” It sits in the heart of a modern city near luxury hotels and the railway station. Visit early in the morning or at sunset when the stones glow. 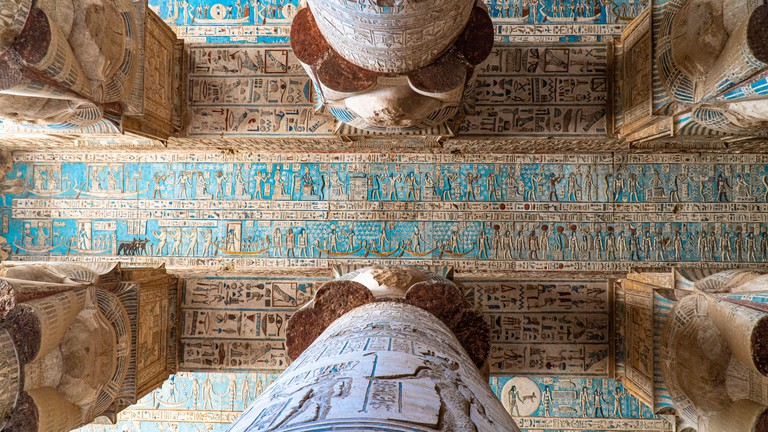 © Artur Maltsau / Alamy Stock Photo
Dendera is the most elaborately decorated temple of its period and one of the best-preserved rock temples in Egypt. Every inch of the grand columns, underground crypts and twisting staircases is carved with intricate hieroglyphs. It sits 4km (2.5mi) southwest of Qena on the west bank of the Nile. Tours usually stop here on the way to the Luxor Temple. The temple was built in the 1st century BCE by Ptolemy VIII, finished by Cleopatra II and is dedicated to the goddess Hathor. 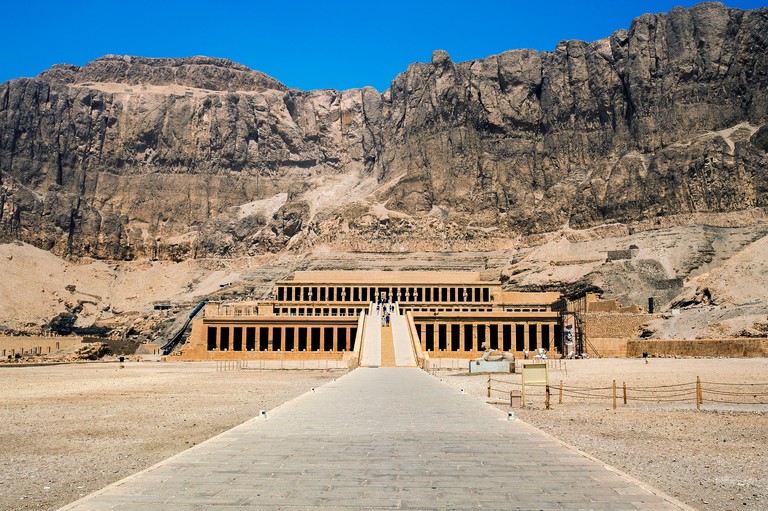 © imageBROKER / Alamy Stock Photo
Queen Hatshepsut (1508 – 1458 BCE) declared herself a pharaoh, ruling as a man for over 20 years. You can see her portrayed in statues and paintings with a male body and a false beard. Her temple lies at the foot of dramatic rugged limestone cliffs that rise nearly 300m (1,000ft) above the desert plain at Deir al-Bahri. Despite being built in ancient times, it’s considered to be the most modern-looking of the rock temples in Egypt today and was unearthed at the end of the 19th century. 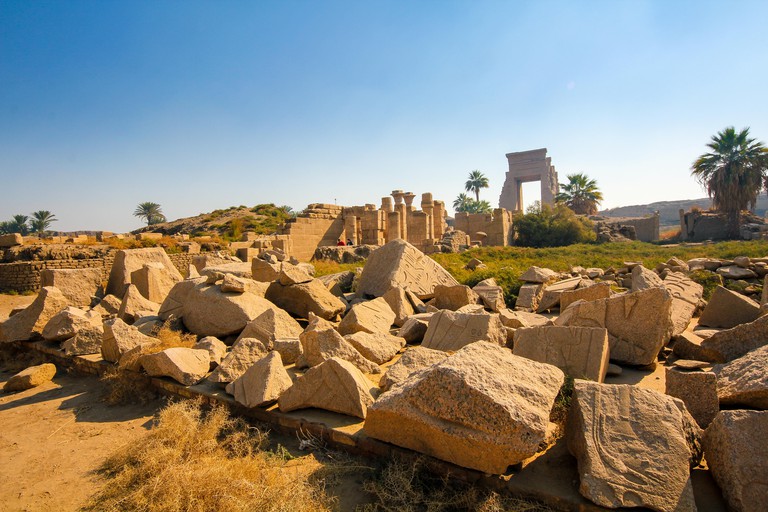 © wael hamdan / Alamy Stock Photo
Karnak was once one of the biggest religious complexes in the world. The site covers more than 2sqkm (0.8sqmi), which is large enough to contain 10 cathedrals. More than 3,000 years later, it remains one of the most overwhelmingly beautiful sites, with pylons, kiosks and obelisks dedicated to the greater glory of Egypt’s pharaohs. At its heart is the Temple of Amun, while the Luxor and Karnak temples are linked by a grandiose 3km (2mi) avenue, lined with sphinxes. 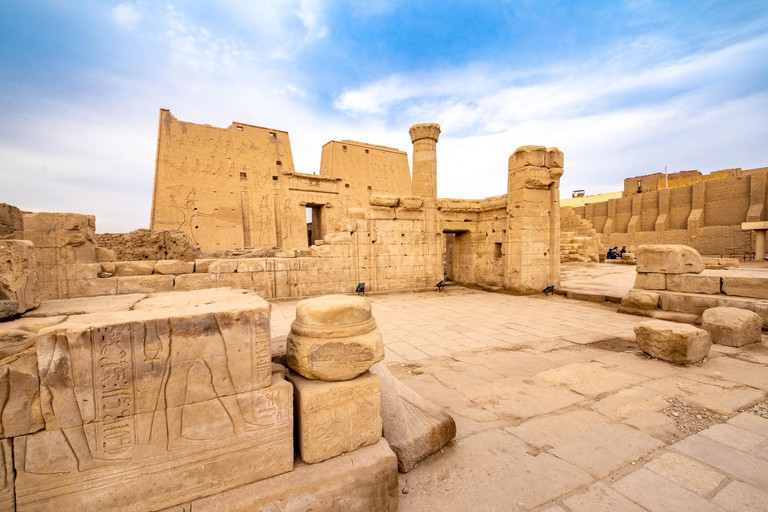 © CALIN STAN / Alamy Stock Photo
Edfu Temple is the most completely preserved Egyptian temple of them all. Mercifully, it has escaped destruction from Nile floods, thanks to its location on high ground above the west bank of the Nile. Inside, you can learn more about temple rituals and the path to priesthood. Beyond, the town of Edfu thrives on the sugar and pottery trades as well as tourism. Be prepared to run the gauntlet of persistent salesmen to reach the temple entrance. 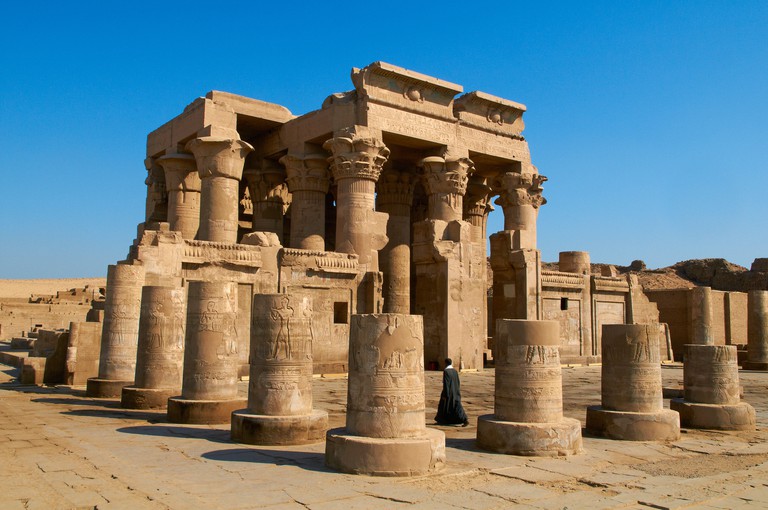 © robertharding / Alamy Stock Photo
Sacred crocodiles once basked in the sun on this bend of the Nile, home to the Temple of Kom Ombo. It’s unique because it is dedicated to two gods; the local crocodile god Sobek, and Horus the Elder (Haroeris). The temple’s twin dedication is reflected in its symmetrical layout, the twin entrances and a double altar. A path from the temple leads to the new Crocodile Museum, which exhibits a collection of mummified crocodiles. 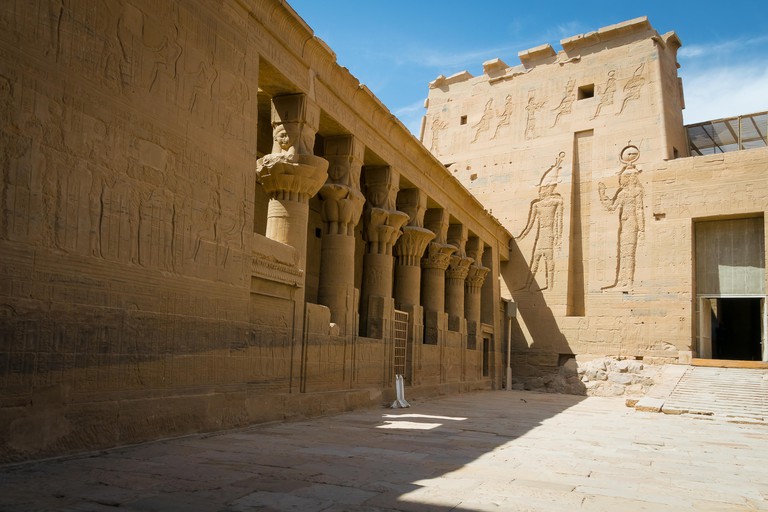 © Abu Simbel Temples / Alamy Stock Photo
The temple of Abu Simbel in Egypt is actually two gigantic rock-cut monuments, carved out of the mountainside in the 13th century BCE overlooking Lake Nasser. The complex is part of the Unesco World Heritage site known as the Nubian Monuments. Rising waters threatened to swallow the temples, so they built the High Dam and moved the entire temple – stone by stone – into the position we find it today. Don’t leave without listening to live Nubian music in the village of Abu Simbel. 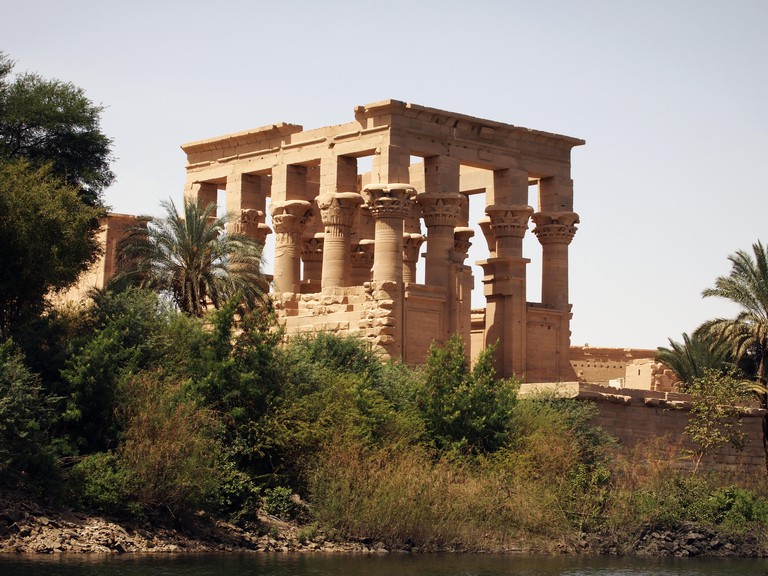 © Qin Xie / Alamy Stock Photo
This majestic temple was built in honour of the goddess Isis on the island of Philae. One of the most important figures in Ancient Egypt, Isis was the goddess of fertility, motherhood, healing and magic, and wife of Osiris, god of the underworld. The walls are adorned with scenes from Egyptian mythology detailing her story. After the building of the old Aswan Dam in 1902, the temple flooded for six months each year, allowing travellers to row boats among the partially submerged columns. Today, it sits on higher ground on Agilkia Island in Lake Nasser.

Want to sit back and let someone else do all the planning for you? You can visit many of these temples as part of Culture Trip’s epic 10-day Egypt tour, led by our local insider.