The 10 Best Egyptian Movies Every Film Lover Should See 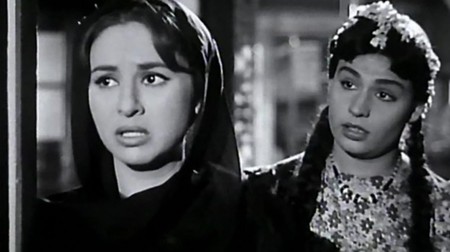 Egyptian cinema is a flourishing industry, which has spawned an exceptional selection of features over the decades. From epic love stories and heart-wrenching social dramas to political panoramas, these films portray the rich culture that Egypt has to offer, and its influence on the international scene.

The Nightingale’s Prayer is a tragic and sad story told by Amna, an illiterate young woman from a small village in rural Egypt. Exposing the harsh reality of the country’s landscape in the early 20th century, the feature is a glimpse into the strict patriarchal society in which men control families and women are stripped of all rights. The beautiful story is set to a timeless soundtrack and it really is one of the country’s cinematic gems. It is a movie that will make you re-examine your own life, your relationships with others and the kind of human beings that we really are. 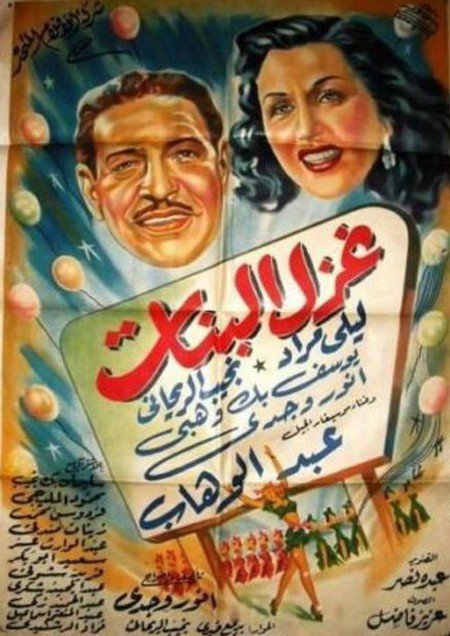 The Flirtation of Girls | ©IMDb

The Flirtation of Girls follows the story of a poverty-stricken Arabic language teacher that is sacked from a girls’ school for being unable to control the badly behaved students. When his friend finds him a job as a private tutor for a young girl, she in turn helps him appreciate the life that he had scorned for so long. As well as being a beautifully delicate story to follow, the movie also encompasses many of Egypt’s historical sights, exposing the melting pot of culture beneath.

Directed by Youssef Chahine, Cairo Station was selected as Egypt’s entry for Best Foreign Language Film at the 31st Academy Awards. It focuses on the life of a lame newsstand owner that is helplessly unlucky in love and shunned by all women. Nevertheless, he is not deterred and becomes obsessed with Hannuma, a beautiful cold drink vendor. When his proposal is rejected, his obsession soon turns to madness. In this microcosmic melodrama, we come head-to-head with hard-hitting themes of social injustice and the cultural chasms that come with love, suffering and, above all, universal human experience.

In this hard-hitting social drama, a poor woman becomes a symbol of workers’ oppression. Azziza is subject to brutal assault when she gathers potatoes for her husband, but due to his terrible health, she decides not to tell him of her ordeal. When she finds out that she is pregnant, she becomes a martyr figure for other struggling peasants. Undoubtedly, this is most one of the most important films to watch in Egyptian cinema, and The Sin was even nominated at Cannes. 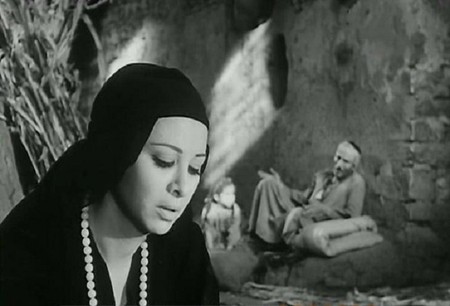 Another feature focusing on oppression, The Land follows a small village struggling against the local landowner across two generations. Undoubtedly one of the best films of Youssef Chahin, it exposes the plight of peasants in the 20th century to a backdrop of a historical soundtrack featuring Ali Ismail. The movie not only exposes the culture of the Nile, but also heavily focuses on those individuals living on its banks, placing a spotlight on social hierarchy to a stunning visual backdrop. 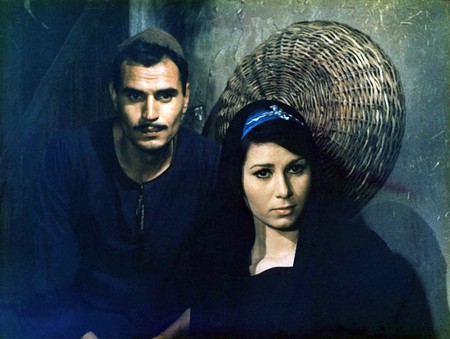 Arguably one of the greatest Egyptian movies to be ever made, The Night of Counting the Years is a story based on true events. When a government official discovers that mummies are being openly sold in Cairo, an investigation begins. The ancient Horbat tribe who are secretly raiding the legendary site of royal artifacts soon come head-to-head with the Egyptian law and the government. This beautiful feature is wonderfully restored by Martin Scorsese‘s World Cinema Foundation, which uses original 35mm camera and sound techniques preserved at the Egyptian Film Center in Giza. 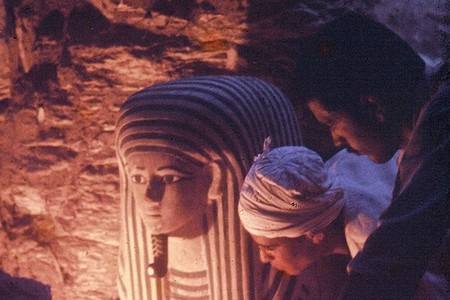 The Night of Counting Year (Mubi)

Hassan works as a bus driver and a taxi driver at night in order to raise enough money to save his father’s carpentry business. Arguing with his wife over having to work nights, the disputes usually end in domestic violence. In this family drama, which involves brothers, sisters-in-law and children, tensions are stretched to their limit, exposing the harsh reality at the heart of relationships and fortune. 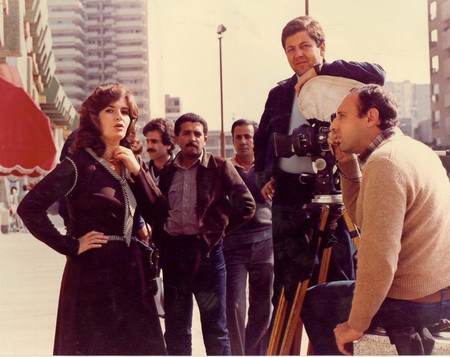 In this popular Egyptian comedy, Terrorism and the Kebab, Ahmed works two jobs and is forced to take one day off to arrange for his children to attend a school nearer their home. Due to the laborious bureaucratic process, he is forced to take another day, and finally gets so frustrated that he procures weapons and takes over the building altogether. Considered to be a ‘crazy terrorist’ by officials, when they finally begin dialogue with him, they realize his hilariously simple demands. A wildly popular comedy in Egypt, it will guarantee many laughs.

Set in the 1990s at the time of the first Gulf War, The Yacoubian Building is a critical portrayal of modern Egyptian society and is reportedly the highest-budgeted feature in the history of Egyptian cinema. Opening up on a building in downtown Cairo, the movie traces its history and the principal characters that abide within it. Each of their stories are intertwined with one another’s, and in the process, The Yacoubian Building profiles the corrupt political and struggling social systems at the heart of Egyptian communities. The film was even submitted to the 79th Academy Awards for Best Foreign Language Film, so should not be missed.https://www.youtube.com/watch?v=Q4PHTUM9o9s

Asmaa portrays a story of a woman suffering from AIDS, who, instead of giving up, decides to continue to battle with the disease. In her determination to recover from the crippling condition, she helps those enduring the same predicament by providing them with a glimmer of hope. The strength that she exudes is heart-warming and it is testament to the human condition in overcoming ridicule and gender stereotypes. In Egypt, this is the first drama to portray AIDS patients sympathetically and in turn, it gives us inspiration regarding ‘love, courage, overcoming fear, and fighting for personal rights.’