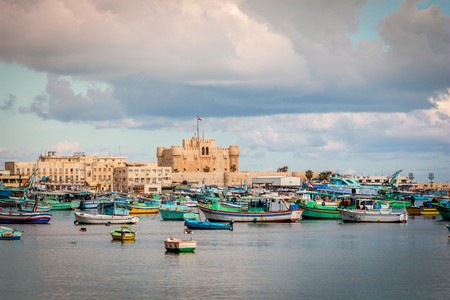 The opening novel of Lawrence Durrell’s Alexandria Quartet—one of the most celebrated and original works of fiction to have come out of postwar Europe—turned 60 last month. To mark the event, Culture Trip’s UK literary editor Simon Leser revisits this “investigation of modern love” (as the author described it), a rich evocation of the Egyptian city and a masterclass of virtuosic language.

“Suddenly at the end of the great couloir my vision is sharpened by a pale disjunctive shudder as a bar of buttercup-yellow thickening gradually to a ray falls slowly through the dark masses of cloud to the east. The ripple and flurry of the invisible colonies of birds around us increases. Slowly, painfully, like a half-open door the dawn is upon us, forcing back the darkness.” 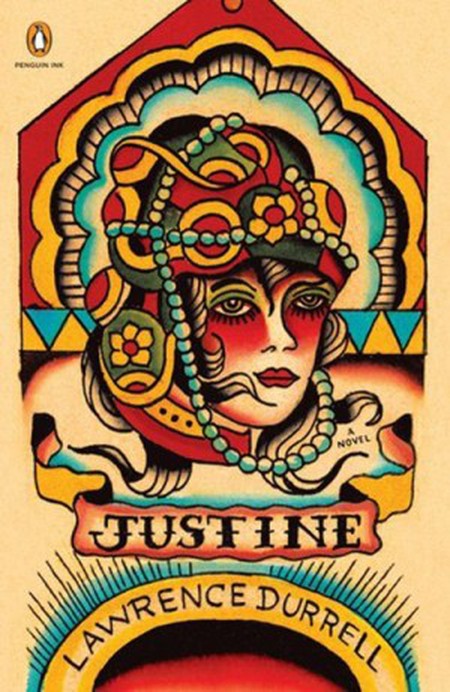 No survey of the Alexandria Quartet could do without mentioning its author’s aptitude for language. The passage above is placed toward the end of the series’ first novel, Justine, as part of the book’s final extended scene: a murderous duck shoot on Lake Mareotis (Mariout). By the time the chapter concludes, the eponymous heroine will have escaped the country, abandoning her husband and her lover—our unnamed narrator. Tension had been building up to this event, and those who’ve made it thus far will have arrived at that particular eagerness—the one which affects readers when pages appear to be running out but the story’s yet to slacken its pace. It continues like this:

“A minute more and a stairway of soft kingcups slides smoothly down out of heaven to touch our horizons, to give eye and mind an orientation in space which it has been lacking. Faraj yawns heavily and scratches himself. Now rose-madder and warm burnt gold. Clouds move to green and yellow. The lake has begun to shake off its sleep. I see the black silhouette of teal across my vision eastward. ‘It is time’ murmurs Faraj.”

Now this is how you set a scene: with a daybreak of the scale and grandeur of Maurice Ravel’s famous composition, a deeply atmospheric assemblage of color and mood. Whatever follows or precedes these pages is likewise tinted in intricate prose, and indeed the whole novel goes from one evocation to the next. For all its flaws (and there are a few), Lawrence Durrell’s Alexandria Quartet is the English language’s most successful impressionist work, somehow achieving—at times—the perfect marriage between scene-setting and poetry. That is at least the style with which this story of high romance and espionage is written down, and you’ll forgive us if we seem to pay so much attention to it; there’s just nothing quite like it anywhere else. 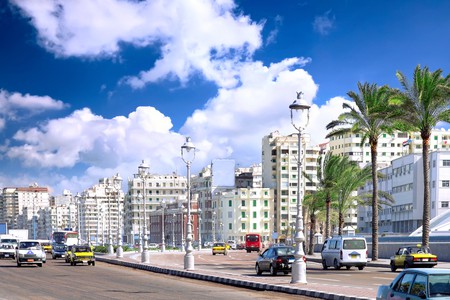 The works are set in 1930s Alexandria, a time when the city was the Eastern Mediterranean’s cosmopolitan center, mixing French and British colonials with the native Greeks, Egyptians, and Syrians: “Five races, five languages, a dozen creeds: five fleets turning through their greasy reflections behind the harbor bar.” The first novel centers on the affair of a failed Irish writer (whose name will be revealed as Darley later in the series) with a local woman, Justine, and its ensuing agitations. She, though born in the Jewish slums, is married to a rich Coptic financier, Nessim. Balthazar and Mountolive, the subsequent novels, take place over the same period, but are told as if from different points of view.

If modern love is the Quartet’s theme, featured as it is in a great many forms (passionate, platonic, stunted, unrequited, what have you), none of the books’ characters are depicted with any substantial depth. They are left as sketches, coming and going in the grand detail of Alexandria, whose influence in all aspects of the story means it’s been given, without doubt, the most prominent role.

It’s little wonder, then, that historian and travel writer Jan Morris wrote my edition’s introduction—the work is, before anything, the portrait of a city drawn as “the great winepress of love.” Lawrence Durrell himself lived in Alexandria and on various Greek islands from the mid-1930s until the end of WWII, and doubtless the work is a rich depiction of his experiences there.

It is in fact with its occasional attempts at psychology that the novels most commonly fail. Though critics have tended to find issues with the writing itself and its flowery tendencies, it is in substance that the real problems reside. Durrell has enough mastery of esthetics (the rhythm and sound) to make even his most ornate sentences read seamlessly. Rather, blemishes are introduced with certain tenuous connections—between childhood abuse and promiscuity, or the various ways in which failing love leads to tragedy—underscored either by grandiloquence or latent misogyny. 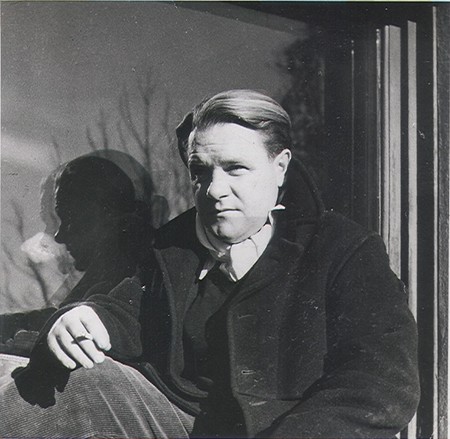 To be fair, it’s a plausible working theory that no romantic epic can operate, straight-faced, without a degree of melodrama, or clichéd moist outings. (That is, unless it fully embraces its awkwardness with a dose of tender sarcasm, à la 500 Days of Summer, and is thus willing to smother any potential for greater beauty.) To his credit, Durrell never allows Justine to be pretentious without some added nuance; he isn’t afraid to inject complexity when things begin to get a little smarmy.

The Quartet thus gets progressively more intricate. Delightful fringe characters come and go at random intervals, as unique evocations of the city tapestry: French womanizer Pombal, a minor consular official; the Eastern European refugee Balthazar, homosexual head of a secret gnostic “cabal”; Scobie, an English cross-dresser, part-time policeman, “who looks anybody’s age; older than the birth of tragedy, younger than the Athenian death”; and so on… ‘Snippets’ of the main characters’ diaries are likewise quoted extensively, as are fictional writers Arnauti (Justine’s former husband) and Pursewarden, whose role in the events becomes more pronounced as the story shifts its points of view.

And that’s precisely how the work takes shape: each new novel unravels the story further to reveal greater stakes, and a more elaborate plot. If Justine is a more or less straightforward love affair, Balthazar exposes its predecessor’s criss-crossing affections as altogether more complicated, and injects the narrative with a little more violence. Mountolive, meanwhile, divulges what had been hinted at all along: that a significant number of characters are spying on one another. Durrell had himself played a part in minor diplomacy at the service of the British government throughout the war and until the mid-1950s, and so had no problems adding a political dimension to the work.

All these elements, from the Quartet’s immense poetic virtuosity to its increasingly tense and intricate plot lines, serve to make it one of the finest fictional explorations of love ever written. Whether or not you’re taken in by its intense mood swings or nostalgic evocations of a lost city, there is no doubt the reading experience is unlike any other. Enough to fall in love with, I’d like to think.