Karina Al Piaro And Photographing Life On The Nile

Karina Al Piaro is a British visual artist and photographer who had dreams of being a painter, and till this day her works reflect that. Al Piaro found herself in Egypt, on the Nile Basin, and was drawn there for many years. We take a look at her work, which delves into the spirituality of the region. 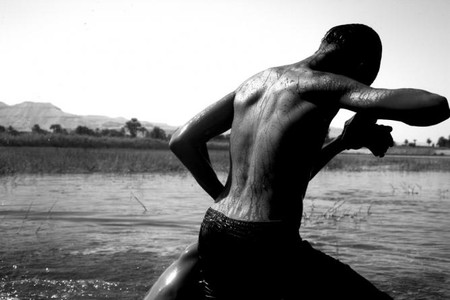 It was the Nile Basin in Egypt that led Al Piaro to start her journey of camera and light; a path that proved both challenging and rewarding, as she chose to venture out of her comfort zone to a territory that at the time was consumed by the civil unrest of the Arab Spring.

Al Piaro’s influences are not only visual. ‘I am influenced by the worlds and words of the writer, the scientist or the philosopher as much as that of the visual artist whose narratives both personally and professionally have lit up the present creatively.’ 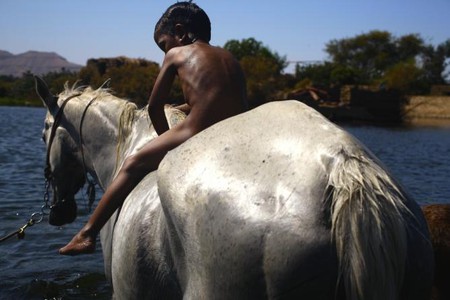 Al Piaro has always been interested in the concept of immersion in a place and peoples as a visual artist; normally the activity of the anthropologist or scientist. Her main interest is focusing on sacred spaces that are in danger of disappearing: rivers, sacred waters and sources of life that may cease to exist in the future.

‘Al Ara-wah’ is one of her latest installations that was created on the Nile and translates literally as ‘The Spirits’; the work is about transcendence. This is visual narrative installation piece of five photographic prints. ‘Al Ara-wah’ speaks of the evolution of the spirit on the sacred crossing points of the Nile. The pieces were all created during and as an antidote to the unrest being witnessed and are representative of the going beyond this narrative spiritually.

Starting in 2015, there has been an effort to hold auction events presenting the artwork to raise awareness of Nile Heritage projects that interconnect humanitarian and environmental narratives on the waters. 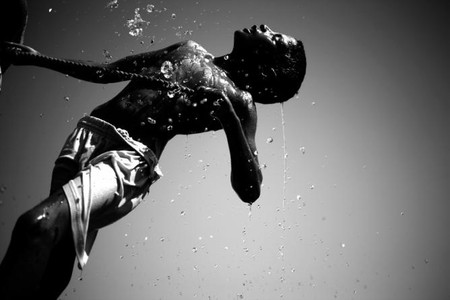