How to Spend Five Days in Cairo 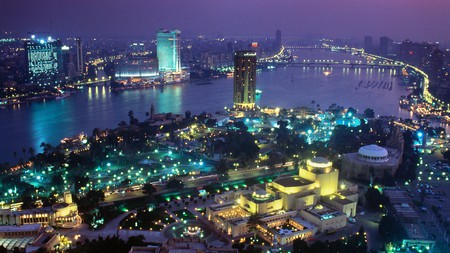 Cairo is full of wonders; but when you only have a few days, you’ll need to narrow down your list of things to see. To avoid missing out, here’s our five-day guide to the capital of Egypt. And don’t forget your comfy shoes, you’ll be whizzing around to cram everything in.

Thinking about a trip to Cairo? You can experience this fascinating city with Culture Trip in the company of our local insider and a small group of culturally curious travellers on our exclusive 10-day Egypt tour.

Start your trip by visiting – you guessed it – the Great Pyramid of Giza. Well, how could you not, when it’s the only surviving Ancient Wonder on the World? Right next to the Great Pyramid lies two more pyramids, Khafre and Menkaure. The area also has plenty of ancient Egyptian monuments and tombs – including the Tomb of Queen Khentkaus, cemeteries and the remains of the ancient workers’ village. Don’t miss out on visiting the Great Sphinx, which you can do on horseback or on a relaxing horse carriage ride. Both the Great Pyramid and the Sphinx are featured on Culture Trip’s specially curated small-group Egypt adventure.

After you’ve enjoyed discovering ancient Egypt, it’s time to savour an authentic Egyptian lunch at Abou Shakra restaurant. It has a wide range of Egyptian cuisine that you’ll love, and a great view of the pyramids. After a good rest and a cup of tea, it’s time to visit the Egyptian Museum. Get there by taxi as it’s in Tahrir Square, downtown. The museum was built in 1835 and is home to more than 120,000 ancient Egyptian artefacts. Don’t leave downtown just yet; enjoy walking by the Nile on Qasr El Nile Bridge and have a hummus drink while you’re there. 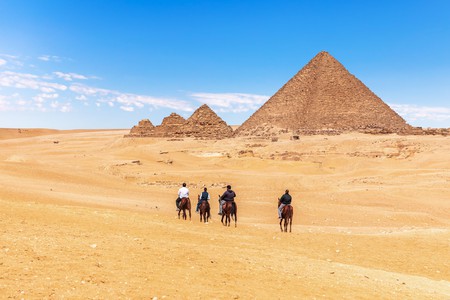 Today, you’ll visit Memphis – an ancient city 20km (12mi) south of Giza – which was the capital of Egypt during the Old Kingdom era. The city has an open-air museum, where you can admire the remains of the original city, as well as monuments including a statue of Ramses II and a remarkable sphinx carved from a huge alabaster piece. Nearby is the Saqqara necropolis: a huge burial area from ancient Egypt. The area of Saqqara is home to the Pyramid of Djoser – the step pyramid – also known as the Saqqara Pyramid. You will see mortuary temples, monuments and burials that date to the 27th century BCE.

Another royal necropolis near Memphis and Saqqara is Dahshur. The area is famous for housing some of the oldest pyramids, including the Bent Pyramid, the Red Pyramid the Black Pyramid and the Pyramid of Senusret III. After, call it a day and rest up as you’re about to discover another era. 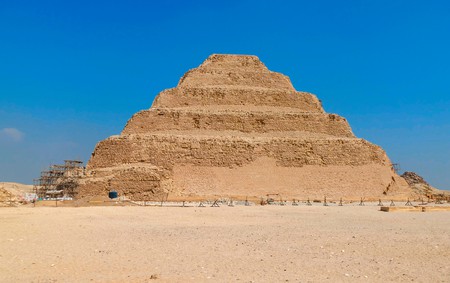 Delve into a different era by visiting Islamic and Coptic Cairo. Islamic Cairo (also known as Historic Cairo) was founded in 969 by the Fatimid caliphs and is known for having historically significant mosques. Visit the Sayyidna al-Hussein Mosque, Mosque-Madrassa of Sultan Hassan and Al-Rifa’i Mosque. Also make sure to visit the Citadel fort, home to the Mosque of Muhammad Ali and views of downtown Cairo.

Then, it’s off to Coptic Cairo. Start by visiting the Hanging Church – built in 690CE. Also known as Saint Virgin Mary’s Coptic Orthodox Church, it is thought to be the first basilica-style church in Egypt. Nearby is the ancient Ben Ezra Synagogue, which has been renovated over the centuries and has intriguing decor, including Turkish-inspired patterns of stars, rectangles and pentagons on the walls, ceilings and floors. End the day with a delicious dinner at Studio Masr, inside Al-Azhar Park. Besides the authentic Egyptian interior, the restaurant is known for having a breathtaking view of Al-Azhar Park and, most importantly, the Citadel. Enjoy watching the latter as it lights up at night. 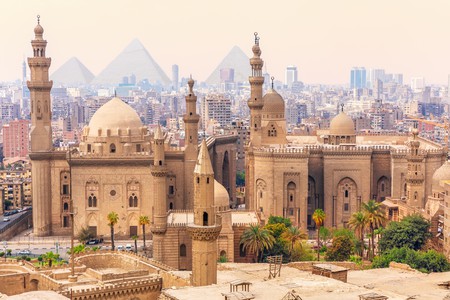 Also in Old Cairo is the Khan Al-Khalili Bazaar, one of the most prominent bazaars in Egypt. Enjoy the old architecture while shopping for traditional jewellery, clothing, accessories, spices and souvenirs. Next to Khan Al-Khalili is Al-Moez Street – home to several historic Islamic buildings from the Tulunid period through to the Muhammad Ali era.

The street includes the beautiful Bayt Al-Suhaymi: an Ottoman house built in 1648, in addition to many mosques, such as the Mosque of Al-Hakim Bi Amr Allah. Settle at the popular El Fishawy, the oldest coffee shop in Khan Al-Khalili. It’s said it used to host kings, princesses, famous artists and intellectuals. 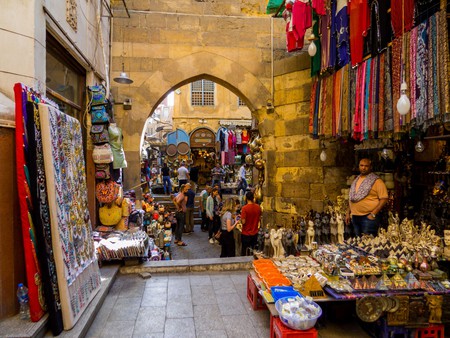 It would be something of a crime to leave Cairo without discovering the Nile. Ride a felucca sail boat to enjoy a breeze as you take in the capital from a new perspective. There are different areas from which you can catch a felucca; however, this time, take it from the Zamalek district of Gezira island.

After, head to the 613ft (187m) high Cairo Tower in the same area. It’s open day and night, so choose a time to suit you – or experience both. Take a late stroll through the Zamalek district afterwards and observe some of the most luxurious buildings in Cairo – and end your trip with an authentic bite at Cairo Kitchen. 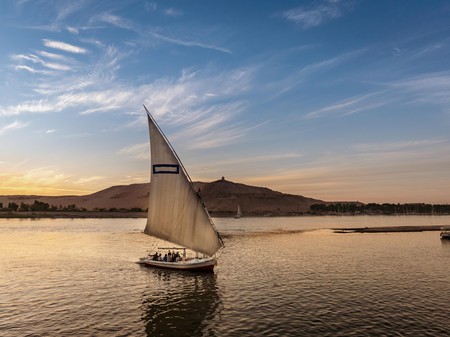 Fancy getting away from Cairo? Discover our guide on weekend getaways from the capital.