How to Spend 48 Hours in Cairo 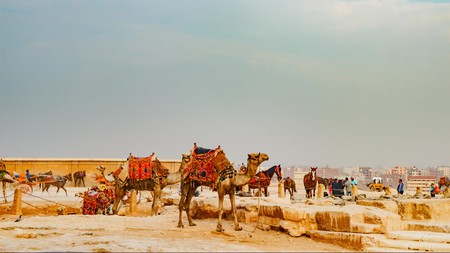 Cairo attracts visitors from all over the world for its history, culture, landscapes and much more. Passing a little time here is definitely not like spending five days or more in the capital, but you can still pack a lot in on a weekend. Here’s how to spend 48 hours in Cairo and get the best out of your experience.

Day one: a combination of ancient and modern

Your first day will be a mix of Ancient Egypt and modern Cairo. Begin by visiting the Pyramids and Great Sphinx of Giza and continue your tour of the ancient world with a visit to the Egyptian Museum. In the evening, get a panoramic view of Cairo from its famous tower. And, to finish the day, take a relaxing boat ride on the Nile.

Morning: visit the Giza Pyramids and the Sphinx

No Cairo trip is complete without a stop at the Giza Pyramids. The must-visit pyramids are Khufu, the only surviving ancient wonder in the world; the Pyramid of Khafre; the Pyramid of Menkaure; and the Queen’s Pyramids of Giza. Enjoy a camel ride while you’re there – also a great photo opportunity – and see the Great Sphinx rising from the Giza Plateau. Both the pyramids and the Sphinx are featured as part of Culture Trip’s exclusive 10-day Egypt adventure, led by our local insider. Remember to plan your trip in the early morning to avoid large crowds. You can either opt for a guided tour, which will be more convenient and practical, or visit independently by taking a taxi, bus or metro. Make sure you bring a hat, wear comfortable shoes and put on plenty of suntan lotion. 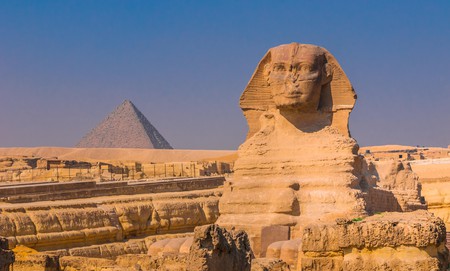 Visiting the Egyptian Museum is your next stop of the day. Contemplate the beauty of Ancient Egypt by viewing more than 120,000 ancient artefacts. The museum can be a bit overwhelming, so it’s better to have a guide with you.The two not-to-be-missed collections are the Tutankhamun display and the royal mummies.

Evening: climb the Cairo Tower and take a ‘felucca’ ride

About a 10-minute drive from the Egyptian Museum is a free-standing concrete tower in Zamalek, the Cairo Tower. Going up the 187m (600ft) tower at night will allow you to see the capital like you have never seen it before, the city lights reflecting on the Nile. After, fall even more in love with the Nile by taking a felucca (small sailboat) ride. 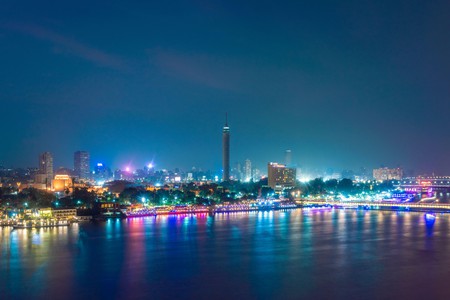 Day two: a combination of religion and culture

What’s great about your second day is that each monument is just a 20-minute drive from the other, as most of them are in Old Cairo. However, you’ll still need comfy shoes as you’ll be doing loads of walking. Get ready to explore several religions by seeing the Citadel, the Mosque of Muhammad Ali and the Hanging Church, among other nearby historic mosques and churches. After, make your way to Al-Moez street and go back in time as you uncover its harmonious architecture and experience culture at the Khan Al-Khalili Market.

Morning: tour the Cairo Citadel and marvel at the architecture

Start your day by heading to Cairo Citadel, also known as the Saladin Citadel. On the summit lies one of the most prominent mosques and landmarks in Cairo, the Mosque of Muhammad Ali. You can see the city from above while taking Instagram-worthy photos. As you won’t be able to tour all of the mosques – it’s called the City of a Thousand Minarets after all – be sure to take a look at the Mosque-Madrassa of Sultan Hassan and the Al-Rifa’i Mosque, which lie beside it. The Hanging Church, built in 690CE and believed to be the first basilica-style church built in Egypt, is not to be missed as well. 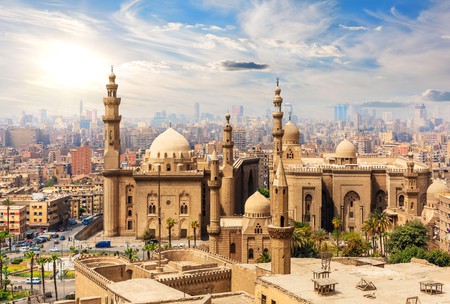 Although you might miss out on visiting the landmarks of Al-Moez, a walk on the street will make up for it. The historic buildings here will start to light up as evening arrives, leaving you in awe. Fancy a chill? Sit on the steps to one of the buildings and try one of the local drinks. 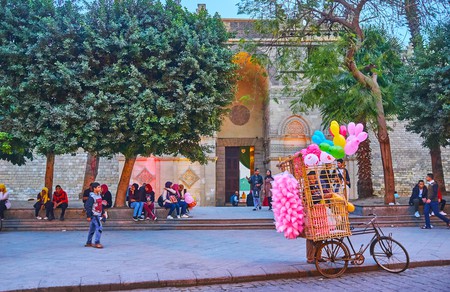 Just across the street from Al-Moez is the oldest open-air market in the Middle East, the Khan Al-Khalili Market (also known as the Khan Al-Khalili Bazaar). The street is full of souvenirs, cultural garb and spices. You’ll find belly dancing outfits, accessories to go with them, jalabiyas for men, pharaonic monuments and much more. Once you’re done shopping, relax at El-Fishawy cafe, a traditional coffee shop that offers a variety of local drinks. 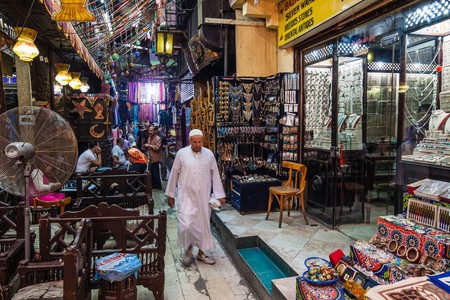