Egypt’s collective Treasuries of Knowledge are rich in Khaled Zaki’s evocative sculptural silhouettes and Mohamed Banawy’s random panoramic puzzles, establishing, through art, a connection between man, nature and the unsolved mysteries of their all-encompassing universe. 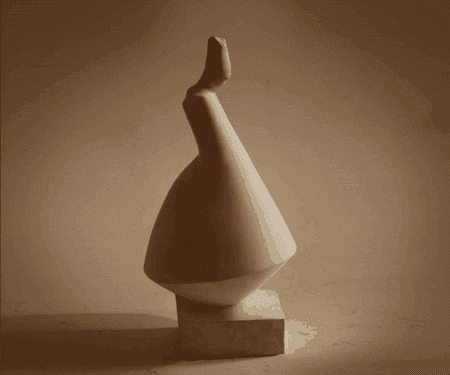 At an indisputably important crossroads in Egyptian history, two contemporary artists contemplate the value of knowledge in their fellow countrymen’s path – that unseen essence that connects earth’s materiality with the universe’s higher creative power.Treasuries of Knowledge, curated by participating artist Khaled Zaki, begins with Zaki’s flowing sculptures and Mohamed Banawy’s abstract mosaics, but it ultimately intends to touch on much bigger issues.

The Biennale exhibition’s point of departure is none other than Egypt: fact and legend; history and present reality; wealth and poverty; freedom dreamers and bread queues. Their love for their rich Egyptian heritage, and the almost tangible warmth of everyday life in their homeland, bond the two artists, as does their attempt to express their philosophy in modern and abstract forms. Inspired by this year’s Biennale theme ‘The Encyclopaedic Palace’, Zaki, in his double capacity as curator and sculptor, wanted to represent the human cycle on earth, one that is marked, beginning to end, by the thirst for knowledge and the search for the truth, looking to unveil the secret powers of the universe; ‘the good and the evil’. 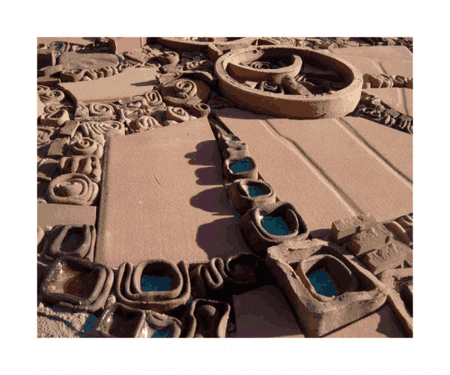 Good and evil are also represented by two of the creatures that randomly fall on one of Banawy’s mosaic panels, revealing his own way of looking at the world. For Banawy, mosaics represent evolution and change, a map and a destiny where one can carve their own path, metamorphose, or destroy. He replaces smooth stones with scratchy ones, much like one can plant a tree or start a demonstration. Behind the clay hides creation, and behind the mud hides mankind; making the artist an extension of his Egyptian Heritage, and the universe that surrounds him.

Honing his skills in Tuscany’s Pietrasanta, where, from the 15th century onwards, the beautiful local marble has attracted a community of artists like Michelangelo, Khaled Zaki (b. 1964) moved from his initial classical bronze and stone sculptures on to more abstract forms. Marble works like Rosa Maria and The New Born (1989) are of a divine purity and grace, alternating with the bronze polemic figures of The Guard (1994) and The Head (2000). His granite statues decorate the Museum of Modern Egyptian Art in Cairo and several private collections across the world. 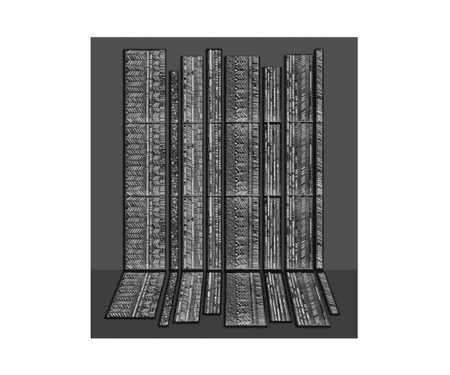 Mosaic has had an unquestionably long cultural, decorative and artistic trajectory, but it is artists like Mohamed Banawy (b. 1977) that manage to still keep it current. Fascinated by watching the cities from above, Banawy decided to reconstruct some of the most breathtaking panoramic views from his travels in colourful, abstract puzzles of mud and tesserae, grouped in series like ‘City’ and ‘Abstract’. Inextricably linked with the Egyptian history and heritage, some of Banawy’s pieces, like Douar Misr (Tahrir Square), evoke recent events such as January 2011’s Egyptian Revolution.