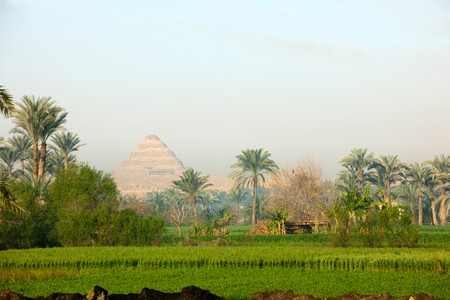 A vast burial ground for Memphis, the former ancient capital of Egypt, Sakkara (or Saqqara) is a little off the beaten path for most tourists, despite being packed with some seriously impressive antiquities and historical sites. Take this short trip from Cairo for a rewarding, educational adventure.

About 30 kilometres (18.6 miles) south of Downtown Cairo lies Sakkara – a quiet, largely agricultural area between the desert and the Nile. Alongside some spectacular heritage sites, the area also offers a quiet reprieve from the overwhelming capital, where you can laze by a pool, take a desert trek on horseback and pose for pictures without being inadvertently photobombed by a hundred other tourists.

How to get to Sakkara from Cairo

Luckily, Sakkara is considered part of Greater Giza and thus a normal taxi or ride-sharing car can take you there without too much hassle. If you’re stopping a regular white taxi on the street, tell them your destination and make sure the driver is using a working meter and that it’s started as soon as you climb in. If you prefer a guided tour of the area, your hotel should be able to organise a trip, including transportation, or a quick Google search will bring up plenty of independent tour agencies that can take care of your day in Sakkara.

What to do in Sakkara

Boasting a unique combination of antiquities and agriculture, Sakkara will inspire the Indiana Jones in you, letting you lap up the historical significance of the area while offering some spectacular landscapes in the form of both desert and greenery. Whether you’re after a relaxing day away from the big city, or want to see the lesser-known ancient sites of Egypt, there’s something to suit every type of traveller in this nearby destination.

See some of the oldest pyramids in the world

While the Great Pyramids of Giza are on most people’s bucket lists, Sakkara’s Djoser Step Pyramid should be on there too. The oldest recorded all-stone complex, it’s an ancient innovation that would go on to inspire Egypt and the world’s architectural development. Scattered around the Step Pyramid are a handful of other pyramids in various states of disarray, highlighting the importance of this necropolis between Egypt’s Third and Sixth Dynasties. One not to miss is the Pyramid of Unas, the last king of Egypt’s Fifth Dynasty, which you can enter to see some spectacular inscriptions known as the Pyramid Texts – said to be the oldest known religious texts in history. 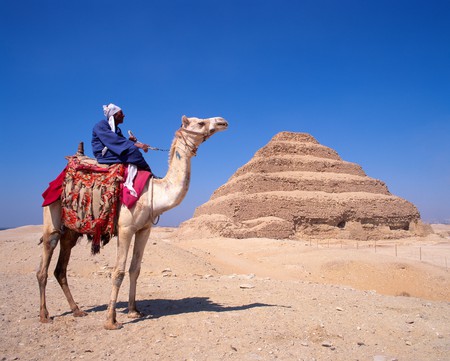 At the foot of the Sakkara necropolis – home to the aforementioned pyramids and more – is the Imhotep Museum, named after the ancient Egyptian architect who lead the innovation of building with stone. With six large halls, it’s packed full of antiquities ranging from Ancient Egyptian art and architectural documents and tools to burial objects, statues and manuscripts all discovered in the area. 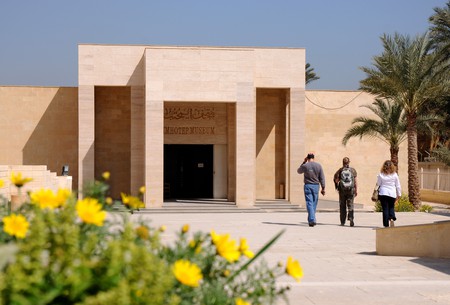 On Sakkara’s lush agriculture strip, between multimillion-pound mansions and acres of farm land, you’ll find Sakkara Country Club – a favourite getaway of Cairenes who fancy a break from the city without going too far. Here, for an entrance fee of 300LE (£16), you’ll have access to their sprawling pool, complete with sun loungers, changing rooms, and a bar and restaurant.

Take a dune buggy out into the desert

Sakkara Country Club – along with many other touristic activity agencies in the area – offers the chance to explore the desert landscape on dune buggies and quad bikes. With automatic transition on most of these, even beginners can get a chance to experience the thrill of off-roading among the vast dunes. Keep your cameras ready, as most excursion leaders know the exact spot in the desert from which you can view both the Sakkara pyramids and the Great Pyramids of Giza.

Where to eat in Sakkara

Despite being home to some awe-inspiring and historically significant tourist sites in Egypt, Sakkara is a bit underdeveloped in terms of dining. However, this is quickly changing as the area begins to take its rightful place as a must-see destination for tourists and Egyptians alike. From traditional, locally sourced Egyptian food to international cuisine, there are few spots you can’t miss in Sakkara.

Blue Lotus Guesthouse serves local, organic produce. Situated next to the Sakkara Step Pyramid, this establishment is surrounded by gardens and its own farmland, from which many of the ingredients that make up their fiercely Egyptian menu are picked daily. Restaurant Pharous is best visited when the weather is good, as its sprawling outdoor area is this place’s biggest pull. Head there for table-top grills, bread so fresh it’s baked in front of you and a crisp, cold beer after a long morning of desert discovery.

Confusing in the tastiest possible way, Chez Dawlat Hanem is technically two restaurants fused into one dining experience. On the one hand, you have Egyptian fare that’s comparable to an Egyptian grandma’s – grilled meats, tasty tagines and all manner of mezze dishes that will have you lingering at this flamboyantly decorated restaurant set within a couple of acres of green space. On the other hand, you have some of the most authentic Indian cuisine you’ll find in Egypt – from saucy curries and perfectly baked naan bread to freshly grilled meat loaded with herbs and spices.