Ahmed Fouad Negm: The Revolutionary Poet of the People

When Ahmed Fouad Negm died in December 2013, his work was praised by the likes of CNN and The New York Times, who gave tribute to a Middle Eastern voice that held radical Islam, leftist intellectuals, and regional dictators in equal disdain. But Ahmed Fouad Negm was also a man of the people, without riches or pretensions. His was a life in prisons, on the run from police, and engaged in tough, menial work; and his voice was one of genuine experience.

By the end of his life Ahmed Fouad Negm would be celebrated as a UN Ambassador for the poor and a recipient of the 2013 Integrity Award from Prince Claus of the Netherlands. But it was a long and arduous journey. Born in 1929 in a village north of Cairo in the Nile Delta, Negm was one of 17 children in a peasant, or fellahin, family in what was then still the British-controlled Kingdom of Egypt. 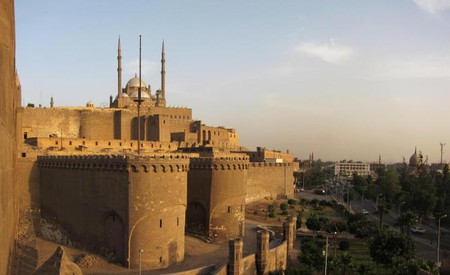 His father, a policeman, died when Negm was six, and the boy was sent to live with his uncle in the town of Zagazig, before being placed in an orphanage. After he failed to complete school, Ahmed worked variously as a shepherd, manual laborer, tailor, postman and printer. Upon his arrival to Cairo in 1946 with his brother, Ahmed became involved in the riots against British control and the Communist protests of 1951.

‘Glory to the crazy people in this dull world.’

In 1959 Negm was arrested for forging documents and sentenced to three years in prison. It was in prison that he started to write poetry, developing his sympathy with the poor and downtrodden, and his contempt for the powerful elites who controlled Egypt. ‘The poor of Egypt are geniuses’, he would later state in an interview, ‘never underestimate them’. He won a national writing competition launched by the newly established Supreme Council for the Arts, and went onto publish his first volume of poetry, Pictures From Life and Prison, while still incarcerated.

Released in 1962, Negm encountered the blind oud player Sheikh Imam in a Cairo café and formed a partnership that would last over 30 years, with Negm reciting his verses to the accompaniment of Imam’s oud. They lived together in the poorest area of Cairo and in 1967 were imprisoned by General Nasser for performing verses that criticized how the President handled the War of 1967 and Egypt’s ultimate defeat at the hands of Israel. Together, Negm and Imam attacked countless political and celebrity targets, including President Anwar Sadat. In 1978 Negm was sentenced to 11 years in prison for attacking the President and spent three years on the run before his eventual capture.

After his release in the 1990s Negm continued to dismiss the merits of those in power – his attitude toward President Mubarak was no more complimentary than his views on his predecessors Sadat and Nasser. After the 2011 overthrow of Mubarak and the rise of the Muslim Brotherhood, Negm was equally irreverent toward the Islamic groups as he was toward the governors of Egypt. Later, he turned criticism toward General Abdulfattah al-Sisi, the strongman who seized control in late 2013.

Negm considered himself an authentic workingman, and dismissed bourgeois conventions and customs. He always wore the galabiya, the long robe of the peasant, rather than Western dress. He smoked copious amounts of hashish and had, according to some reports, somewhere between five and eight wives, among them actresses, singers and fellow writers. In television appearances he would causally swear on air and was frequently sued. His habits did not make him universally popular, harder line Islamists regarded him as unacceptable. But Negm didn’t seem to mind — on the wall of his home was emblazoned ‘Glory to the crazy people in this dull world’.

The Poet in the Middle East

The case of Ahmed Fouad Negm might seem strange in the West, where poetry is rarely seen as a vehicle for political and social change. In the early 19th century, poets such as Shelley and Wordsworth praised the French Revolution in the hopes that their work might spark change in Britain, only to discover, in W.H.Auden’s words, written a hundred years later, that ‘poetry makes nothing happen’.

To understand Ahmed Fouad Negm we must recognize that in the Middle East the poet has a very different social position. There, the poet is still regarded as a dangerous figure, often loved by the public as a voice of opposition and discontent against tyrannical rule, and the mouthpiece for collective hopes, dreams and aspirations.

During the Arab Spring many who toppled the governments across North Africa and the Levant shouted lines of poetry rather than slogans belonging to political parties. To governments in the region, the poet is a figure to be silenced or banished — poets such as the Syrian Hala Mohammed, the Palestinian Mazan Maarouf, and the Iraqi Manal al Sheikh work from exile in Europe for fear of arrest and censorship in their homelands. 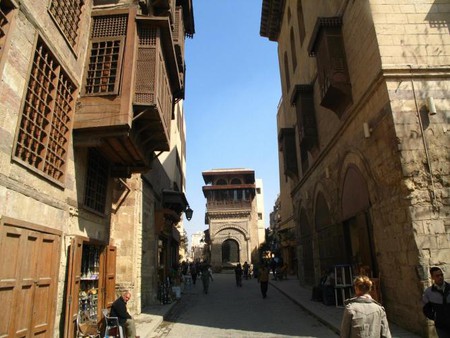 For Negm, poetic form was just another means of resistance. Eschewing the classical Arabic verses favored by the demi-monde, he made clear his allegiance was to the man-on-the-street by working in a colloquial, vernacular Egyptian Arabic. He directed his work toward his countrymen — Presidents and corrupt authority figures are treated with rich irony and sarcasm, irreverent rhetorical questions and wit. His subjects ranged from Islamists and politicians like Sadat, Che Guevara and Nixon, to agrarian reformers killed by the regime.

In the Tahrir Square demonstrations that brought down President Mubarak in 2011, protesters sang two of Negm’s most famous verses. One was from ‘The brave men are brave’:

The second emphasized the disparity between the powerful and the disenfranchised:

Who are they and who are we?
They are the princes and the sultans
They are the ones with wealth and power
And we are the impoverished and deprived

Negm had the admirable gift of seeing through the nonsense put out by government officials that encouraged the common man to be acquiescent with his fate in Egypt. When a government doctor appeared on television telling people to be glad they could not afford to buy meat as it was unhealthy for them and that they should stick to the basic diet of beans, Negm responded in verse cutting through the patronizing rhetoric of the doctor:

What do you think, Dr Mohsen?
You less than reliable source
Let us eat meat and die
We’ll let you eat beans and live

Nasser was mocked as one who loved his countrymen so greatly that he could not help but take away their freedoms, and of Mubarak Negm quipped,

The President is a compassionate man
Constantly, busily working for his people
Busy gathering their money
Outside in Switzerland, saving it for us…
Poor guy, looking out for our future
Can’t you see his kindly heart?

His belief that poetry can act as an expression of resistance and opposition is succinctly illustrated in ‘The Strike’:

You will not find a definitive works of Ahmed Fouad Negm in local bookshops or a standard bibliography online. His poetry was banned in Egypt and often existed only as cassette recordings smuggled out of prison. Nevertheless, whilst those who imprisoned him are long dead, the words and views of Negm live on.