A Brief History of Egypt’s Great Pyramid of Giza 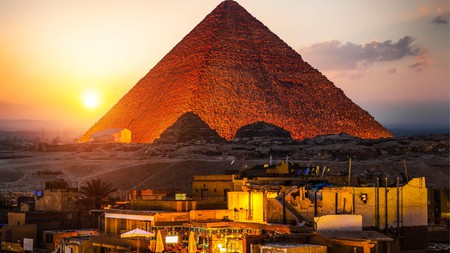 Built between 2584BCE and 2561BCE, the Great Pyramid of Giza, also known as the pyramid of Khufu or Pyramid of Cheops, is the oldest – and last remaining – of the Seven Wonders of the Ancient World. We take a brief look at the history of this intriguing structure that sits within the bounds of modern-day Cairo.

According to Egyptologists, the pyramid was built as a tomb for Pharaoh Khufu, the second king of the Fourth Dynasty who ruled for approximately 20 years. For almost 4,000 years, the pyramid was considered the tallest man-made structure in the world. It is the largest and the oldest of the three pyramids on the complex at Giza, an embodiment of the grandeur of ancient Egypt. 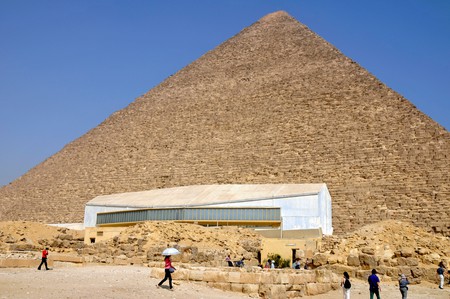 The pyramid’s construction remains largely a mystery. Built from more than 2m stone blocks and measuring 146m (481ft) high when it was first constructed, the pyramid is now 138m (455ft) tall after erosion removed the top portion. As for the base, each side is about 230m (756ft) long, and the total area covered is around 5ha (13 acres).

The pyramid was considered a tomb and a place of regeneration for the deceased king. It has three known burial chambers inside and a sloping passageway named the Grand Gallery. One chamber is underground and carved into the bedrock. The other two, one named the Queen’s Chamber and the other the King’s Chamber, are higher up within the pyramid. 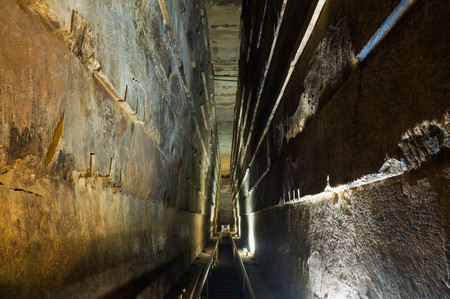 Khufu’s pyramid was called Ikhet by ancient Egyptians, which means glorious light. In its original state, it was covered with highly polished white limestone, which reflected the sunlight and made the pyramid shimmer. Later, those casing stones were removed by Arabs to build mosques. According to calculations, the mirror-like original structure could be seen from the moon. 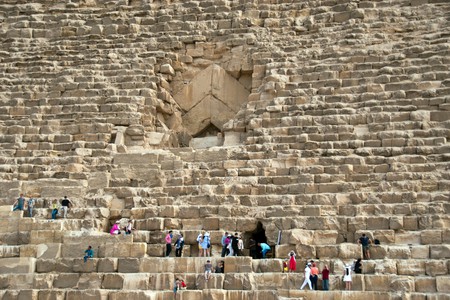 The entrance to the Great Pyramid is on the north side of the structure | © Dennis K. Johnson / Alamy Stock Photo

You can visit the Giza Pyramid and the Sphinx as part of Culture Trip’s epic 10-day Egypt tour, led by our local insider.