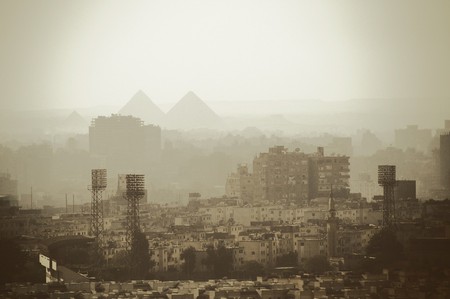 Cairo attracts visitors from around the world for its historical and cultural heritage, but there is another side to the city. Manshiyat Naser, also called Cairo’s Garbage City, is one of the poorest neighbourhoods in Cairo. It is a place where the inhabitants are trying to create an economy out of the things that other people throw away.

Mansheyat Naser is a slum area and home to more than 262,000 of Egypt’s poorest inhabitants, mostly Coptic Christians. It is Cairo’s main destination for garbage collectors, the Zabbaleen, who bring Cairo’s rubbish there for people to start work on recycling it. The area has poor living conditions and rubbish almost everywhere, from over the streets to on the roofs of the houses. In addition, there is a lack of basic infrastructure such as sewers, electricity and water. It covers around 5.54 square kilometers and lies at the base of Mokattam hills…. and has a complete economy that depends on the collecting and recycling of rubbish. 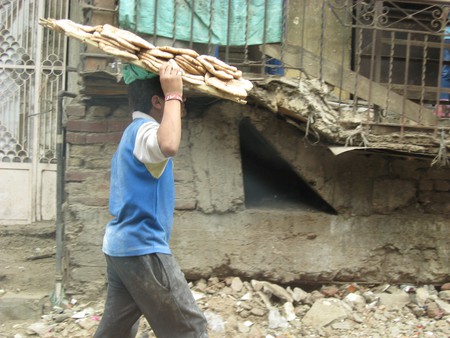 The origin of Cairo’s Garbage City’s Zabbaleen goes back to farmers who started to migrate from Upper Egypt in the 1940s as a result of poverty and poor harvest. Initially, they started by raising animals like pigs, chickens, and goats, then they ended up collecting and sorting the city’s garbage as they found it more profitable.

Saint Simon church or The Cave Church, the largest church in the Middle East, is located in Garbage City and is used by its Coptic Christians. Established in 1975 with seating for more than 15,000 worshipers, the Cave Church is fantastically carved out of rock and is mainly used by the Garbage City’s Christians. 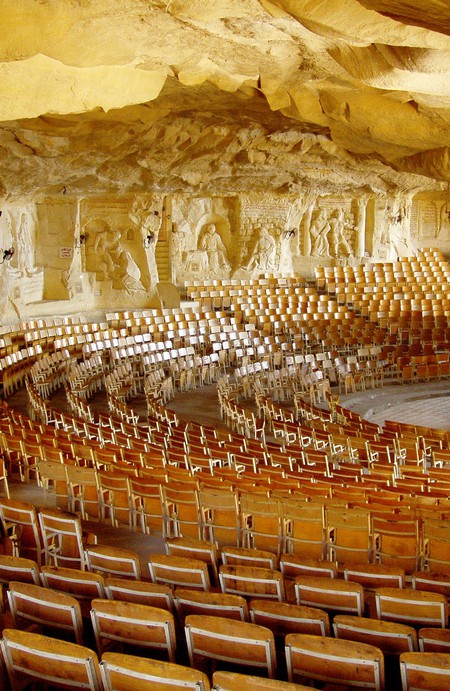 The recycling process starts when the Zabbaleen bring Cairo’s rubbish into the area on trucks or donkey-carts. It is then sorted by them according to what’s useful or can be recycled. So, if someone passes by during this process, they’ll find large rooms full of men, women and children sorting waste into what can be sold and what can’t be sold. Every member of the family specialises in a specific type of garbage – for example, men will stand in one room sorting out plastics, in another room women will be sorting out cans. Around 90% of the garbage brought to the area can be reused or recycled. 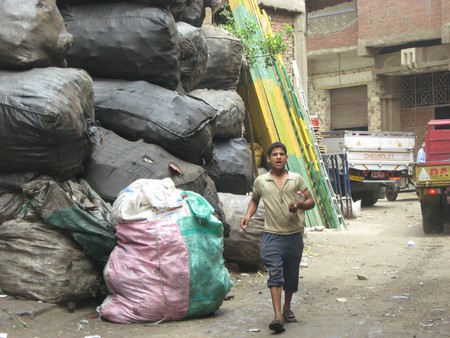 Life in Garbage City | © Ryan Q / Flickr
Give us feedback