Forget the Dead Sea, Djibouti's Lake Assal is the Place to Float

Lake Assal and the volcanic mountains beside, Djibouti | Zineb Boujrada / The Culture Trip

Lay back, relax, and let the turquoise-blue waters hug you as you float in the honey lake – Lake Assal of Djibouti. While floating in the Dead Sea has always made the bucket lists, Djibouti’s Lake Assal beats all its previous records and is today the hottest deal for optimal water buoyancy

What and where is Lake Assal?

Lake Assal is nestled in a volcanic crater in the central-western part of Djibouti that marks the beginning of the Great African Rift Valley and paves the way to the Danakil Desert. The honey lake is situated about 115km (71 miles) from Djibouti City. It is the lowest land depression in all of Africa, with 150m (492 ft) below sea level, and comes third after the Sea of Galilee and the Dead Sea (-427m, or -1,400 ft). 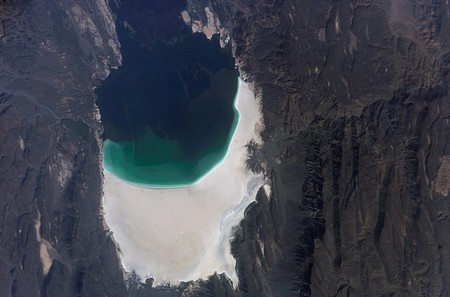 With a surface salt density of 276g/L (increasing to 398 g/L 20m or 66 feet deep) Lake Assal is the most saline lake outside of Antarctica and home to the biggest salt reserve in the world. Surrounded by visible salt pans, it has a solid salt bed with a thickness record of about 40cm (15.75 inches), depending on how far you can dip into the lake. Lake Assal is fed from the Gulf of Tadjourah and its geological nature makes it one of the hottest places on earth, with evaporation reaching its peak when temperatures hit 55°C (131°F) in summer. There is no vegetation in sight, only scarce thorny bushes and a rich bacteria population.

Lake Assal is undoubtedly the most amazing place you will see in Djibouti. And all that you will experience there can only be described as mind-blowing, especially the wind, the sun and the landscape’s breathtaking beauty.

Although easily accessible, it is advisable to visit Lake Assal on weekends. The national road 1 that leads there can be extremely busy with trucks loaded with fresh vegetables and fruits travelling from Ethiopia towards Djibouti City. A caution: the traffic can be exhausting under the sun and in some spots it can be less safe.

Once there, you will be able to see the changing colours of the lake from different viewpoints and hear the alluring lapping sound of the waters. You can walk on the crystal snow-like surfaces on the edges of the water or check the cinder cones and canyon nearby.

For centuries, Lake Assal has been at the centre of the salt trade in the Horn of Africa. Not so long ago, it was quite common to see the salt caravans travelling back and forth from the lake to the Ethiopian Highlands through the Danakil Desert. The Afar tribes, one of the poorest populations in the world, still harvest and sell the salt crystals, and have made this trade their main source of income. 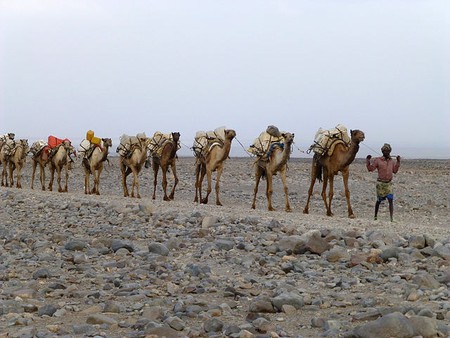 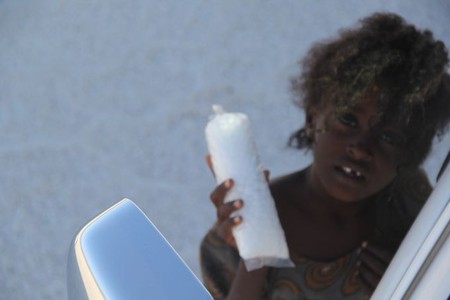 What to Do in Lake Assal?

While you are on route to Lake Assal, you will encounter breathtaking views of rocky mountains as you leave the city behind you. As you immerse yourself in this harsh scenery, beware of the herds of camels that cross in all directions, truck drivers and difficult paths. After about a two-hour drive, on your left you will pass some gorgeous geological formations and extremely hot springs. On the right, the magnificent Lake Assal unfolds under the blazing sun of Djibouti. There are gorgeous formations that are worth seeing near the lake, like the spherical deposits of salt that pave its borders. It is then time to go deeper in the warm waters and experience an optimal state of buoyancy. You will be entirely covered in salt afterwards, but the experience is absolutely worth it!

However, a visit to Lake Djibouti is not for the fainthearted. The shores surrounding this body of water comprise vast plains of salt, which make it painful to walk on without shoes. The water, warm and oily in texture, is 10 times saltier than seawater, so even the tiniest cut will sting upon contact. And once you’re out of the water, you’ll immediately start to itch as your salt-covered skin makes contact with the sun and air.

For the less adventurous, there is a trail just next to the lake that takes you to the top of a volcano. The breathtaking view from the top is all you need to end this beautiful escapade.

Djiboutiii! Do you know what is this place? 🌏💙✅