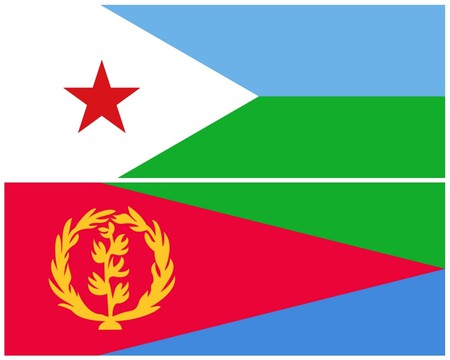 Two of the smallest countries in Horn of Africa have always had, since independence, tensions over international borders – and Eritrea and Djibouti are currently ongoing a crisis over the international region of Ras Doumeira. Here’s what you need to know about the Djibouti-Eritrea border.

What seemed to be resolved in 1996, when the two countries decided to de-escalate the affair after Eritrea withdrew its forces from Ras Doumeira, started to be a concern in 2008 when Djibouti claimed that Eritrea was digging trenches at Ras Doumeira and showing military presence in the area and into Djiboutian territory. Djibouti and Eritrea almost entered a war. The tension over the international border has been alive now for decades. As the conflict became serious, France and the USA took the side of Djibouti, providing support and intelligence. In 2009, Eritrea was still making an act of presence in the disputed zone. As troops collided in 2010, Qatar offered to mediate between both sides after the international community’s calls for a peaceful solution, suggesting forming a committee to decide about a final demarcation of the boundaries, a solution that was ultimately accepted, but never led to a tangible outcome.

The problem finds its roots in the Italian-French protocol of 1900. Described by a French expedition as an area with little economic and strategic value, Ras Doumeira was divided into a northern Italian zone, which belongs today to Eritrea, and a southern French part, Djiboutian nowadays. The limit remained blurred though, as both colonial powers remained undecided about the faith of Ras Doumeira. This protocol is completely rejected by Djibouti.

Another treaty adds to the confusion, from when France ceded Ras Doumeira and the Red Sea island to Italy in 1937. France never ratified this treaty, but still, Eritrea uses it as the backbone of its claims over the region.

Despite the ongoing disagreements concerning this border, Djibouti has always been considered as the nearest haven for Eritreans to find a refuge in. Since that the war erupted with Ethiopia in 1998, dozens of Eritreans flee every year even after that the war had stopped. This is mainly due to the nature of the political order in Eritrea. 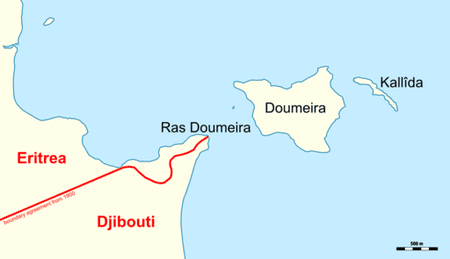 How have Eritrea and Djibouti reacted?

Djibouti claims that Eritrea has introduced its troops into its territory, while Eritrea did not react to Djibouti’s claims and seems to support peaceful methods to resolve the problem. Because of the conflict in 2008, some Djiboutian military got caught, but after the Qatari mediation in 2016, some were released, while others are still believed to be under Eritrean custody. The UN’s monitoring group on the matter, reaffirmed that Eritrea was accountable to Djibouti and the international community of the resort of the other prisoners, as it has claimed that all who was not released, died on the field or custody.

On June, 13, 2017, Eritrea started moving into disputed zone, just after the Qatari peacekeeping troops suddenly withdrew, an abrupt decision that saw Djibouti sided with Saudi Arabia which led to coalition in the Gulf, and hence cutting ties with a Qatar that was accused of supporting terrorist groups and radicalization in the Middle East.

What’s happening in the region now?

Because of the war between Eritrea and Ethiopia in 1998-2000, Ethiopia had no longer access to the port from Eritrea. Djibouti stepped in to secure for this agriculture giant a gateway to its busy ports. As a result, Ethiopia backs Djibouti in its recent crisis.

The interventions of the African Union (AU) as a key pan-African organization in the region have seen an appeal to promote peace between the two countries. AU has designed a team to conduct fact-checking field missions to the international border, to bring relations between Djibouti and Eritrea to a safe shore. Giving the geostrategic and economic importance of the region, Djibouti is believed to maintain a peaceful approach to the issue.