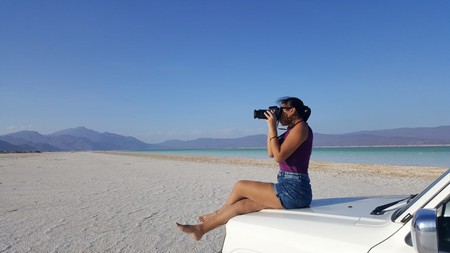 Nestled in the Horn of Africa, Djibouti is a little piece of heaven for nature and history lovers, food enthusiasts, and anyone intrigued by the ethnic composition of this tiny land inhabited since the Neolithic Age. Here’s why this fascinating country is a must-see.

The most peaceful communities in the world live together here

Djibouti is home to three ethnic groups that live side by side in harmony and peace: Somali, Afar and Arabs have been coexisting together here since the Ifat Sultanate that dates back to the 12th century. Djiboutian people are fond of foreigners and take hospitality to a whole new level. You will never feel lonely as long as you hang out with Djiboutians, as you’ll most likely get the chance to attend a family celebration or simply be invited to share a homemade meal. 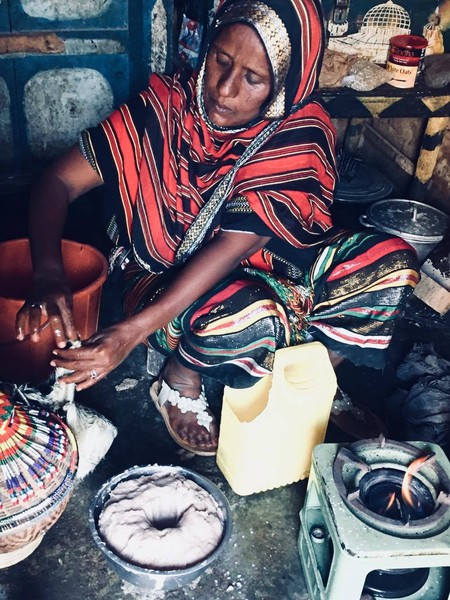 There are mountains on one side, and the Red Sea on the other

Not only does it provide one of the richest combinations of seafood and fish in the region, the Red Sea is also the perfect spot for water activities. You can go snorkeling, diving with whales and sharks, or swimming with dolphins at Mocha Island, the pearl of the Red Sea. If you’re not a water baby, the mountains are just a 2-hour drive away from Djibouti City. Being a tiny country, you can literally visit it in its entirety in just two to four days. 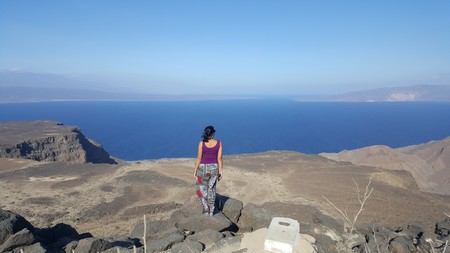 On the way to Assal Lake | © Culture Trip / Zineb Boujrada

Being a former French colony, Djibouti City has preserved some stunning buildings that reflect the French architectural style. You’ll be amazed at how the landscape quickly changes as you move from downtown near the nation’s assembly to Heron, or from Harmouss to Quartier 7, for instance. It’s a fascinating insight into the multi-faceted layers of Djibouti. 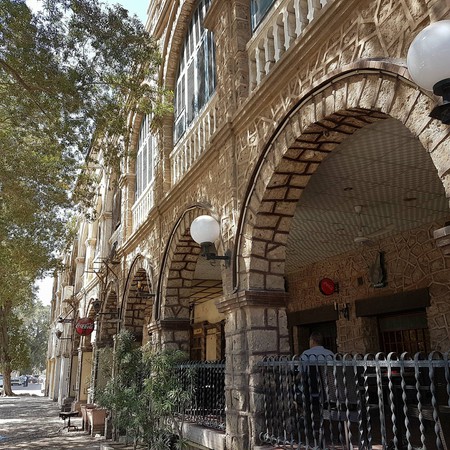 Djiboutians know how to party

Exclusively confined in Djibouti City, the party scene is trulyvibrant. Djiboutians definitely know how to do it! Because of its geostrategic location, Djibouti is home to thousands of foreigners, Ethiopians and lately merchants from Yemen. Djibouti is a multicultural hub by excellence, where a fusion of African, Arab, American and European music is played all week long. Don’t miss Menelik downtown or Safari Club in Kempinski Palace!

Fish fans will be in heaven

Although Djibouti is a coastal country, Djiboutians themselves are more into meat than fish. However, you’ll have access here to freshly caught fish and seafood if you make a tour of the harbor or the local market on Fridays, where mesmerizing types of fish are showcased at extremely affordable prices. If you don’t feel like cooking it yourself, just make a stop at one of the many Yemeni restaurants in the city like Al Jannatayn and enjoy the riches of the Red Sea done the authentic Yemeni way.

Djiboutian celebrations have to be seen to be believed

If you’re visiting Djibouti and you manage to make some friends, chances are that at some point you’ll be invited to an extraordinary wedding ceremony. They can literally be compared to the Holi Festival of Colors because they are so fun and colorful! A lot of ethnic groups come together, and when the bride and the groom are members of different tribes (say, a Somali marrying a Yemeni girl), you can imagine how they manage to bring all these differences together and make an amazing beautiful thing out of it. 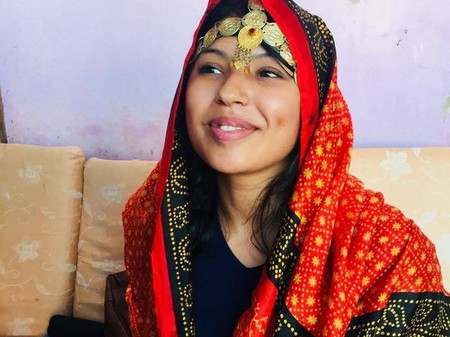 Wearing the traditional scarf of the Afar tribe: a scarf usually worn by the bride | © Culture Trip / Zineb Boujrada

The wildlife is stunning

The moment you see a baby deer running to hide and then, out of curiosity, freezing in front of you, it will be one of the most special things that will ever happened to you – and it can happen in Djibouti. The country is home to some amazing wildlife that is well preserved in its entirely natural habitat. Don’t be afraid if you find a herd of camels crossing the main road or resting on the sidewalk, it’s totally normal! 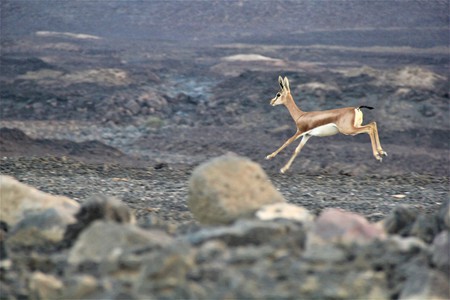 It’s home to the only American military base in Africa

Knowing that the only American military base in all of Africa does exists here, a tiny piece of land, is unique in itself. But once you understand the importance of the geographical position of Djibouti as one of the most important gates to the Middle East and Asia, then all the pieces fit into the puzzle. Other bases do exist as well: French, Japanese, German and lately, Chinese.

It has one of the best-kept secrets in Africa

Ghoubet Al-Kharab, or ‘devil’ island’ is an intriguing spot in the Tadjourah Gulf. Thought to be the most dangerous place in all of Djibouti ,and one of the most curious natural formations in all of Africa, legend has it that the waters are so deep here that anyone who tries to swim drowns, particularly at sunset or nighttime. Perhaps it’s better to be happy with a picture from afar… 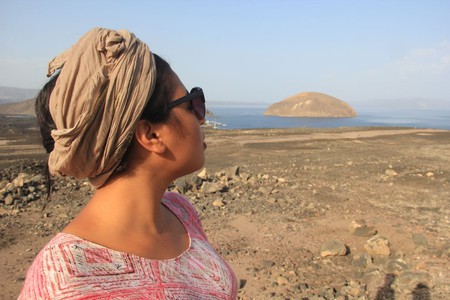 You’ll no doubt be jealous of the men and women in Djibouti who can dance to any kind of music. Put yourself to the challenge and start learning some of the coolest dances ever, from Somali, through to Ethiopian and Afar. Being a multicultural scene, you’ll quickly immerse yourself in this bustling country with life, learn some French and enjoy the Eastern African vibes.

You’ll witness the best sunsets in a long time

No caption needed. The photos speak for themselves! 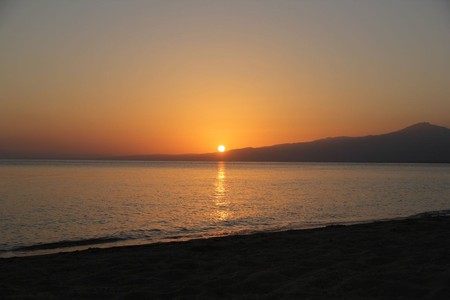 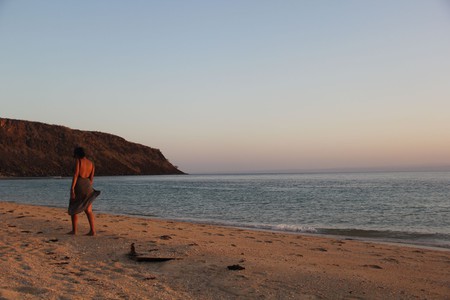 And finally – you’ll see the most genuine contagious smiles! 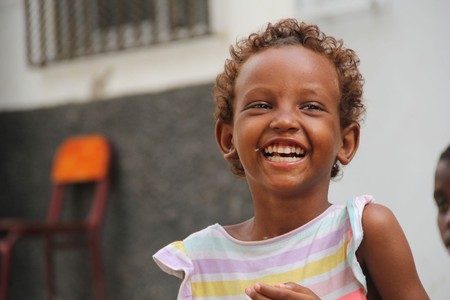 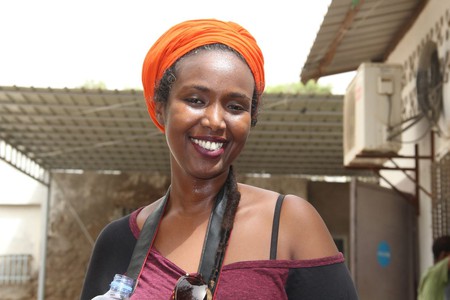