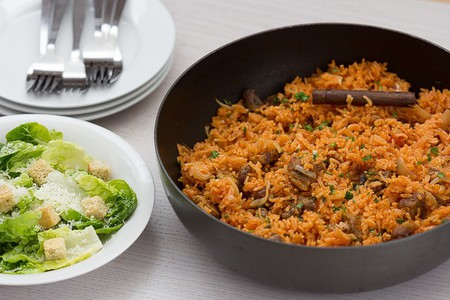 Djibouti‘s cuisine is heavily influenced by its neighbors, Ethiopia, Somalia and Yemen, as well as its former occupier France, and by India to some extent. Being a hotspot on the old Spice Road that made its way to Timbuktu, the country has a range of dishes that are as unique as their origin. Here’s our pick of the best.

Also called samosa, sambuussa is a perfect appetizer with which to start your meal. Treat yourself with these little crispy fried pastries that are usually made out of meat, onions and vegetables. Fried, sambuussa are served hot with a spicy pepper sauce or for the more adventurous, with zuuqar, a thick sauce made of tomato paste and grated vegetables. 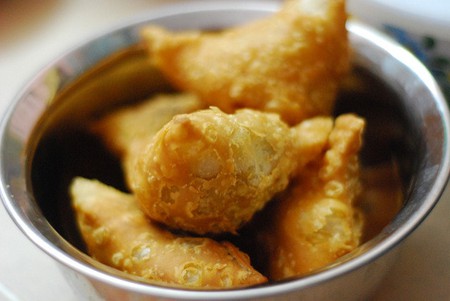 Although Djibouti is much envied by neighbor Ethiopia because of its coastal location, Djiboutians are originally nomadic and pastoral people, and hence do have a particular preference for camel, goat and lamb meat over seafood and fish. Assuming you are not vegetarian, you absolutely have to try fah-fah, a classic Djiboutian stew made with goat meat, vegetables and chillies, that can also be made with camel or lamb meat. This dish is normally served with a sponge-like bread called canjeero to soak up the stew sauce. 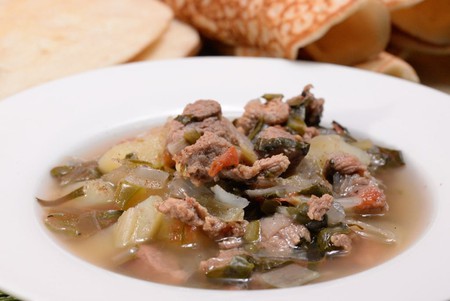 This is one sweet treat that won’t disappoint in Djibouti. You will probably try them as beignet de bananes made with cinnamon in restaurants across Djibouti city, but then you really have to try the original recipe where no milk and no eggs are added – only ripe bananas, flour and a touch of nutmeg are used. The little fritters are typically served warm dusted with powdered sugar or honey. 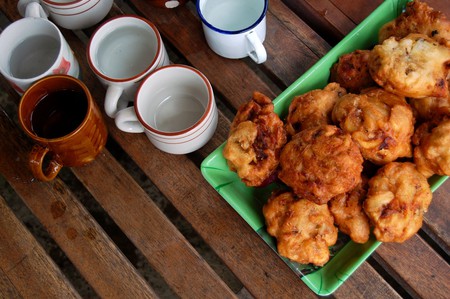 For day-to-day meals, laxoox, a lot like canjeroo or the Ethiopian injera, is the staple of every meal in Djibouti. Laxoox, pronounced ‘lahooh’, is one of the rare foods that is widely shared between Djibouti and its neighbors: Ethiopia and Somalia. Ideally made of teff flour and sweetened water and cooked until golden on the bottom, the laxoox gets its spongy texture from little holes that form on the top when cooking. A very nutritious flatbread it can be served with runny butter or honey to start the day with, or can be dipped in dishes such as a meat stew called loqmad, or misir wat, a red lentil sauce. 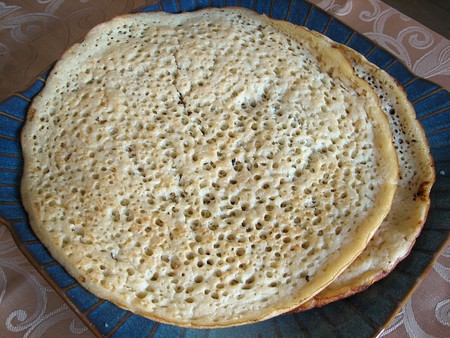 Unlike the habitual laxoox, cambaboor is made for celebrations or sumptuous receptions. Enjoy then this elaborated version of canjeroo: made of onion, garlic, corn or teff flour and enhanced with nigella or anise seeds, the mix is perfumed with curcuma, which gives it its royal golden color, then cooked and served with a fatty butter called subag and sweet-sour yogurt. 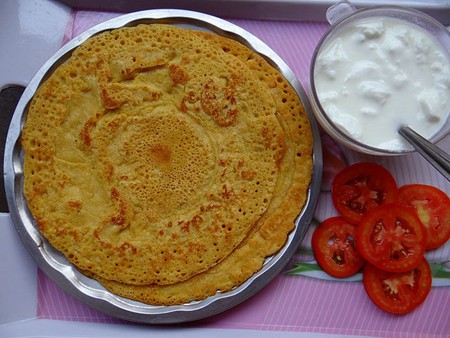 Commonly used to refer to Yemen‘s traditional fish meal and its accompanying side dishes, mukbaza is actually a kind of folded bread, that after being cooked, is cut into pieces and blended with honey and banana, or dates. Served as a thick purée along with some nuts, it is the perfect dip for your Yemeni fish, traditionally cooked over charcoal. 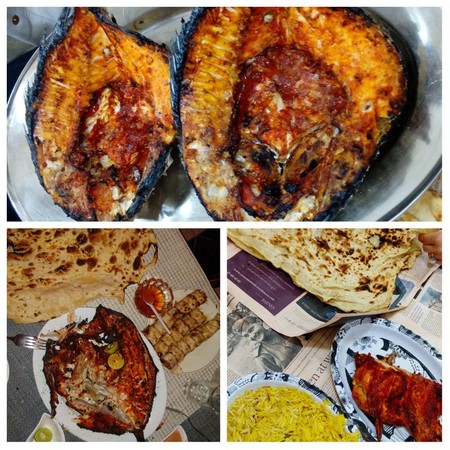 Skudahkharis is indisputably the national dish of Djibouti. Commonly prepared during the Islamic holiday of Eid al-Adha, it is made of rice, lamb and ayurvedic spices such as cardamom. It can also go well with chicken, beef or fish. Again, it can also be served on top of laxoox, though accompanying platters of brightly dyed rice are also common, served alongside grilled chicken and a buttery sauce called niter kibbeh.

Xalwo, pronounced ‘halwo’ or ‘halva’, which means ‘sweet’, is a treat made during special occasions such as weddings or Eid celebrations. Djibouti is the place to be if you want to try the delicious fried Somali booskoot (biscuit), maandazi (fermented fried dough) or the generous kaak-kaak made out of a rich date-stuffed dough, baked with milk, vanilla, nutmeg and nigella seeds and served with powdered sugar or sesame. Don’t forget to have it with some shaah (tea) mixed with condensed milk, or flavoured buna (coffee) with cinnamon, cardamom and cloves.

Much like the Moroccan msemen, sabayaad is made of a dough of flour, water and salt and traditionally prepared the Somali way, in the shape of lightly fried squares. Djiboutians also make another kind of sabayaad filled with onion and meat or chicken, called fadira. It can be enjoyed for breakfast with honey, or for dinner to soak up the rich spicy fuul (beans), or at lunch with a tuna salad, just like Djiboutians do it! 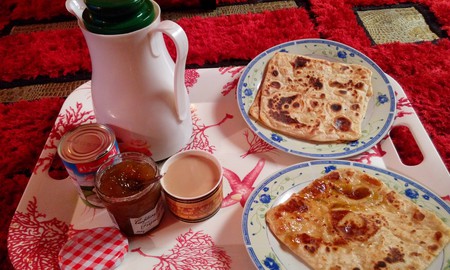 Another exquisite Djiboutian dish is bariis iyo kaluun or digaag – rice with fish or chicken. A delicious meal that you can try with literally any kind of fish, and it will still taste incredible. Its secret? The right mix of spices!