The Most Notable Congolese Painters You Need to Know 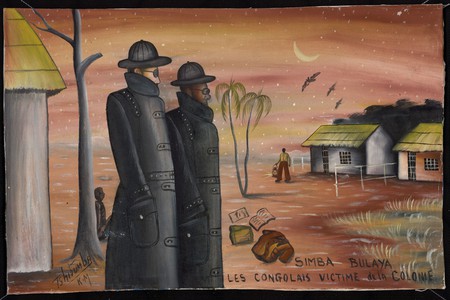 Congolese “popular painting” works were created for the masses – they were colourful and, however light-hearted they may seem, almost always had a political undertone. The paintings were essentially linked to daily life in the Congo and these artists portrayed the zeitgeist of the time.

The Democratic Republic of Congo (DRC), formerly the Belgian colony of Zaire, birthed many fascinating artists. Their works depict prominent political figures, the country’s struggle to independence, and life in general, hardship and all. These painters were essentially important social and political commentators.

Burozi often depicted Patrice Lumumba, the first democratically elected prime minister of the country, in his paintings. Lumumba was the founder of the National Congolese Movement and spoke out about colonial rule and the atrocities attached to it – this put him in the firing line and he was arrested multiple times. Burozi commented on the political situation in the country by including Lumumba’s image in many of his painting. 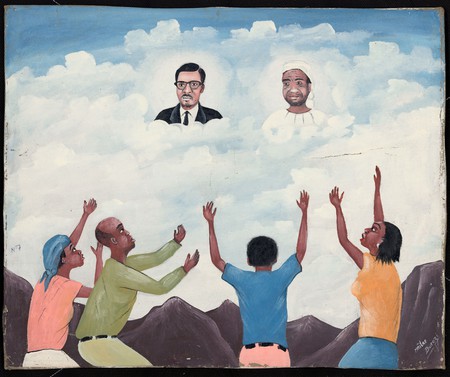 Burozi, Lumumba and Kimbangu in the clouds; Lubumbashi, Haut-Katanga, DRC, 1997. Oil on canvas | Courtesy of Garage Museum of Contemporary Art

Chéri Chérin’s colourful paintings explored issues regarding urban life and touched on politics as well, specifically regarding military dictator, and President of the Democratic Republic of the Congo, Mobutu Sese Seko’s rule. Mobutu was a controversial leader who was unseated in a rebellion after 32 years in power. Paintings focusing on life in the DRC often portrayed busy stalls and people at work, such as in Wax print seller. 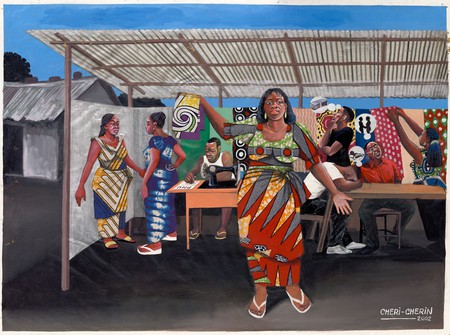 Samba was a self-trained cartoonist who focused mainly on neocolonialism, child soldiers and war. His paintings exposed the social, political and economic realities of the time and his unique style has been recognised across the globe. Samba is also the founder of the School of Popular Painting in Kinshasa. 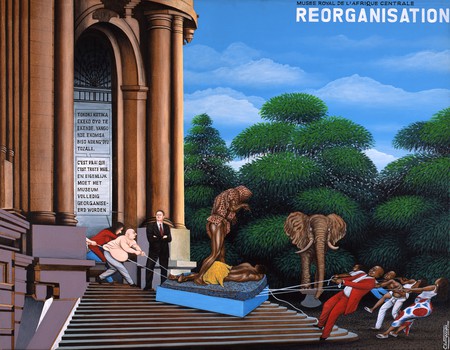 Ngoy Mulume’s paintings had a harsh political undercurrent and showed the brutalities of colonial rule, so evident in the image below. 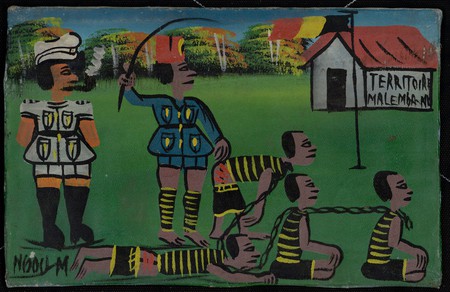 Simaro’s work was mostly of a lighter tone. He liked painting buses and detailing transportation issues in his works – which in turn projects life in Kinshasa. 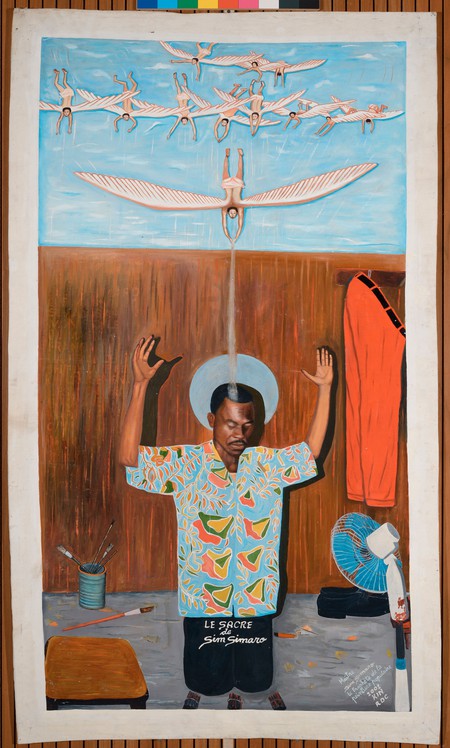 Sim Simaro (b. 1952), The Consecration of Sim Simaro; Kinshasa, 2001. Oil on canvas | Courtesy of Garage Museum of Contemporary Art

Lwimba’s work is said to be mostly inspired by the Tabwa ethnic group living near Lake Tanganyika, he did however also depict local life in the DRC. ‘Popular painting’ works were widely produced for individuals (as opposed to collectors), sometimes via commissions, and as such often portrayed entertaining and cheerful scenes. 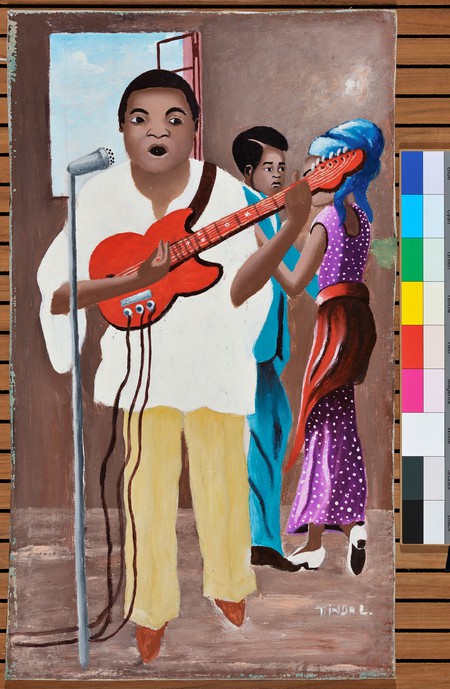 Visit the Congo Art Works: Popular Painting exhibition, on until August 31 at the Garage Museum of Contemporary Art in Gorky Park, Moscow.