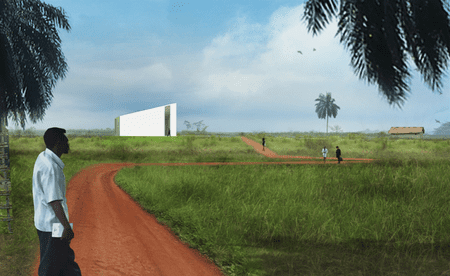 Rendering of the White Cube in Lusanga | © OMA

In the Congolese forest, on the former site of a Unilever palm oil plantation, a new museum is to be inaugurated in April 2017.

Designed by the Dutch architectural firm, Office for Metropolitan Architecture (OMA), the new white cube art space is part of a five-year plan that ‘will function as the cornerstone’ of the Lusanga International Research Centre on Art and Economic Inequality (LIRCAEI) in Lusanga, Democratic Republic of the Congo that is dedicated to empowering plantation workers across the global south.

Dubbed ‘The Repatriation of the White Cube,’ the new museum will open with contributions from international artists, including Carsten Höller, Luc Tuymans, and Marlene Dumas, as well as the work of the plantation workers united in the Cercle D’Art Des Travailleurs De Plantation Congolaise (the Congolese Plantation Workers Art League, or CATPC), who ‘have organized a micro-economy based on creating and selling art.’

On the site of their former exploitation, the artists of the CATPC – who’ve been working with the Dutch artist Renzo Martens’ initiative Institute for Human Activities – now create sculptures from cacao, with all profits from sales of their artwork being reinvested into their new enterprise, as well as supporting plantation workers and their families. OMA have worked closely with the local community to create the LIRCAEI site so it reflects the artistic vision of the centre. 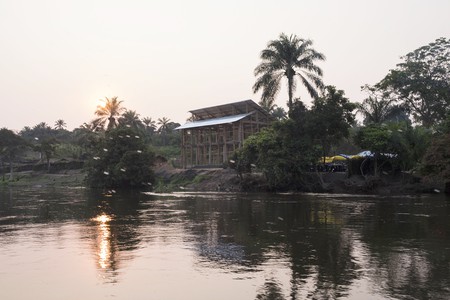 Hopefully the new museum will not only transform the former plantation space into a site ‘for artistic critique, beauty, and ecological diversity,’ but will also have the capacity with its international network to expose worldwide inequalities and the exploitation of existing markets and form the foundation ‘of a new economic and artistic ecosystem.’