Ebola is Back: Everything You Need to Know 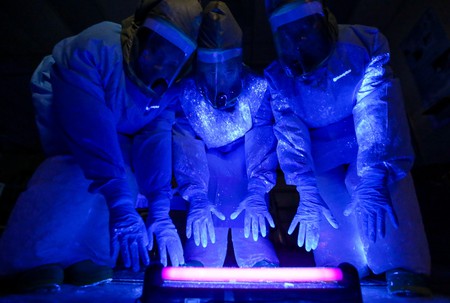 In the Democratic Republic of Congo, three people have died from Ebola since April 22. Suspected cases in the area are growing, leaving many to fear an outbreak akin to the one from 2014 to 2016 which caused a global panic. The World Health Organization (WHO) says it is monitoring the situation in hopes of ensuring Ebola is contained and doesn’t claim more victims.

“An investigation team led by the Ministry of Health and supported by WHO and partners has deployed and is expected to reach the affected area in the coming days”, said Dr, Peter Salama, WHO Executive Director for Emergencies, in a statement.

Ebola is a virus that causes hemorrhagic fevers. According to Mayo Clinic, the virus can be transmitted from person-to-person, animal-to-animal, or from animal-to-person once symptoms manifest. Contact with the bodily fluids of an infected person or animal can also cause transmission. Symptoms include fever, body aches, stomach pain, diarrhea, bleeding and bruising, visible rash, and (most severely) internal bleeding.

The virus is both deadly and highly contagious, which is why an outbreak, even among just a few people in a remote region, is worth putting the entire world on notice. The 2014 to 2016 Ebola epidemic caused over 11,000 deaths, according to WHO. While the virus can be deadly, there are also over 10,000 Ebola survivors worldwide. Recent research has shown that survivors may hold the key to preventing another widespread outbreak. 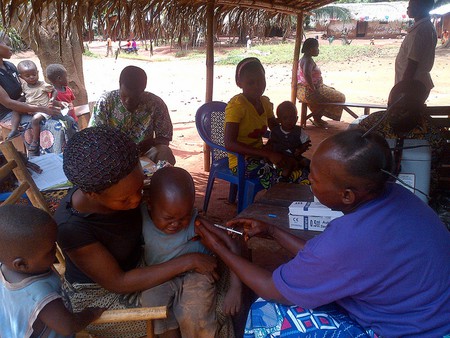 A study published this month in the journal Cell found that antibodies from Ebola survivors may stop the virus’ aggressive progression. Unfortunately, the study was performed using a human survivor’s antibodies on mice and ferrets, so more research will need to be done on the possible impact on humans. However, researchers say this is a great step towards an Ebola vaccine.

“If the described antibody turns out to be protective in non-human primates this will certainly be a candidate for a prophylactic vaccine for humans which could be given…to health care personnel shortly before they are deployed to an Ebola virus outbreak,” said Ebola researcher Stephan Becker, according to Newsweek. “This would be especially important if the exact Ebola virus species causing the outbreak is not known.”