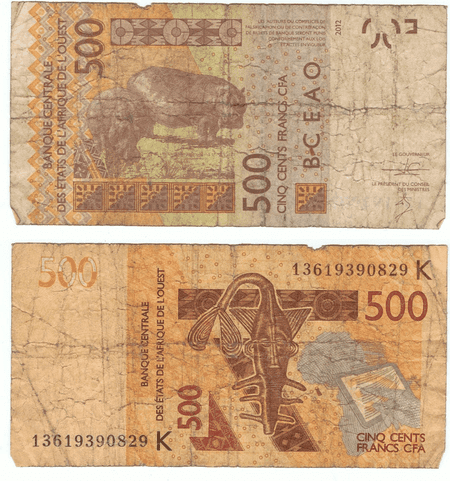 The Congolese franc, also known as the franc, FCFA, or CFA franc, is the currency used in the Republic of Congo along with numerous other independent countries in Central Africa, including Cameroon, Gabon, Equatorial Guinea and Chad. The currency was introduced by French colonials in 1945. Here we take a look at everything you need to know about the Republic of Congo’s national currency.

A brief history of the Congolese Franc

The CFA franc, or FCFA, stands for ‘Coopération financière en Afrique centrale’ and in turn translates as ‘Financial Cooperation in Central Africa’. Due to the weakness of the French franc immediately after World War II, the powers that be decided to create the CFA along with the CFP franc (the currency used by the former French colonies of the Pacific). The French franc had been devalued in order to set a post-war fixed exchange rate with the US dollar.

Although the Congolese franc has been around for a while it still remains weak in value compared to the currencies of neighbouring countries such as the Democratic Republic of Congo (DRC) that uses the US dollar as its official currency. This weak value is great news for tourists to the country who are able to get more for their pounds, dollars, or euros. 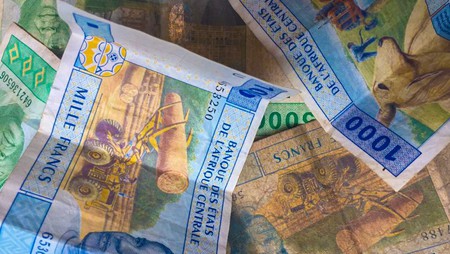 When first circulated the currency came in denominations of five FCFA, 10 FCFA, 20 FCFA, 100 FCFA and 1,000 FCFA. However, in 1947 a new series of notes was introduced for use in French Equatorial Africa, and this new series included the denomination of 50 FCFA, followed by 500 FCFA in 1949, and 5,000 FCFA in 1952. In 1957, the Institut d’Emission de l’Afrique Equatoriale Française et du Cameroun took over paper money production, issuing all of the earlier denominations except for the 5,000 FCFA; 10,000 franc notes were later introduced while the 100 franc notes were replaced by coins. In 1975, the bank name changed to the ‘Banque des États de l’Afrique Centrale’, or in English ‘The Bank of Central Africa’ and the individual states began issuing notes in their own names, in denominations of 500 FCFA, 1,000 FCFA, 5,000 FCFA and 10,000 FCFA. This practice ended in 1993. Since then, banknotes have been issued with only a letter prominently displayed to distinguish between the issues of the different states.

The franc is nominally subdivided into 100 centimes but no centime denominations have been issued.

This will enable you to buy one of the Congo’s famous African donuts and a bottle of local ginger beer.

It is a decent amount to purchase a good breakfast in one of the bakeries located throughout the city of Brazzaville. Maybe a delicious pain au chocolat and a yoghurt. Or you can purchase a delicious ‘jambo au fromage’ sandwich at the local supermarket.

A 2,000 FCFA note is enough to buy a good dinner, including one of the delicious cheese hamburgers and a side of french fries at the restaurant La Mandarine.

With 5,ooo FCFA, you have a good amount to buy a cinema ticket or to go shopping at Poto-Poto market. With this amount you’d have enough to purchase earrings, necklaces or even a pair of shoes at any of the local markets.

Tips for spending your cash

Most places do not accept credit cards so it is always better to withdraw money at any cash machines around town. This will enable you to pay for transport, buy a meal and even go shopping without any fuss.

Always ask for a discount if shopping at one of the local markets – buying almost anything at the market can be discounted so never agree to the actual price the vendor demands. Your final aim should be to try and get it down by 50 per cent. For example, if a vendor is selling a pair of jeans for 5,000 FCFA, it can be discounted to 2,500 FCFA.

Tipping the waitresses at restaurants just 500 FCFA is enough to brighten their day and not put too much of a dent in your budget.