Comoros Is A Canvas: The Graffiti Of Socrome

Comorian Graffiti artist and muralist Socrome uses his art to illuminate his country’s rich and diverse origins. With a street art career that links French and Comorian traditions, his name even being an anagram for ‘Comoros’ (from the French: Union des Comores), Socrome fashions a less conventional form of cultural representation. 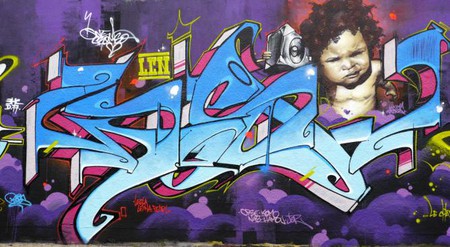 The people of Comoros, an archipelago nation in the Indian Ocean off the East Coast of Africa, are a result of the fusion of many civilizations. The devoutly Muslim islands are also a thriving example of Swahili culture, the people descending from Malay immigrants, Arab traders and African groups; speaking a combination of Comorian, Arab and French. The archipelago is made up of four islands: Grande Comore, Anjouan, Mohéli and Mayotte. Previously a French colony, Mayotte is the only island that is still not independent. The rest make up what is officially called The Union of the Comoros, gaining independence in 1975. Suffering through over twenty coups, and being a resource short country, Comoros is desperately poor and routinely depends on international aid. 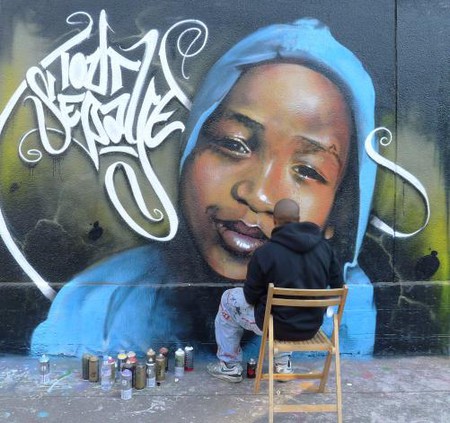 When thinking about Comoros, graffiti is not usually what first comes to mind, but it is indeed rooted here, and is now starting to get global recognition. The traditional forms of art are basketry, woodcarving, embroidery and hat and jewelry making, but the key form of cultural expression is found in the music. In connection to its history, Comorian music blends Arabic, French, African, Indian and Western sounds together to form a distinctive musical tradition unique to the island. Socrome talks about his art and inspirations in relation to music too and his style quite obviously depicts the mixing of diverse cultures, just like his country’s people and their music.

Passionate about hip-hop, Socrome is also part of the graffiti group Le Chat Noir (LCN). Created in 2003, the six members of Socrome’s French-based crew all have the shared vision of trying to make a memorable footprint. With the spray can as a precious accessory to their promising art, the LCN Crew appear in niche magazines and shows related to the urban art scene. In 2010, when Socrome first started doing graffiti in Comoros, he was challenged by the expensive, limited and poor quality sprays available to him there. Having such scarce resources changes the way an artist works. Socrome, however, saw this as an opportunity to develop his style, making it a unique progression. 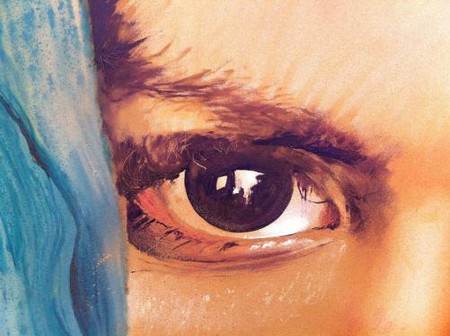 Socrome’s work in Comoros is often found on walls and rusted containers. For him rust is a ‘beautiful texture’ to work with. When talking about the different places he paints, he reveals that sometimes the most important thing is not the piece, but the moments that come with it. Collaborating with different local artists, experimenting with a variety of techniques and being immersed in his community yields a vibrant experience. Influenced by the Comoros graffiti Calcamart group and, more specifically, Hakim Said Omar – an artist who uses calligraphy – Socrome learned how to urbanize Arab letters; this became common within his work throughout the country, and also reflects a big part of the Comorian identity. Working across the globe but citing his ideal canvas as his native Comoros, his art is attention-grabbing, impactful, yet an integral part of the landscape.

Courtesy Socrome
Give us feedback