The 10 Healthiest Cuisines In The World 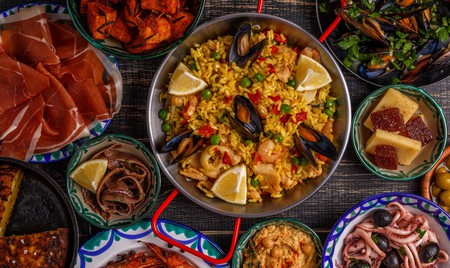 Everyone is becoming increasingly aware of the importance of a good diet. Seek inspiration from around the globe to get you in the mood for healthy eating with our guide to the world’s healthiest cuisines, showing that healthy can also be delicious.

Chad, and other African countries, is among some of the healthiest countries diet-wise. The market is a focal point of society, meaning that much of their food is fresh, free from preservatives and any unnecessary saturated fats and salt that is common in pre-packaged meals.A national dish of the county is boule, a thick porridge which is prepared with grains such as maize, millet and sorghum. Fortunately as well, the local produced okra, dried pimento, guava, mangoes, cassava, mutton, goat and fish are all rich in vital nutrients and can be seen as having some similarities to the Paleo Diet. 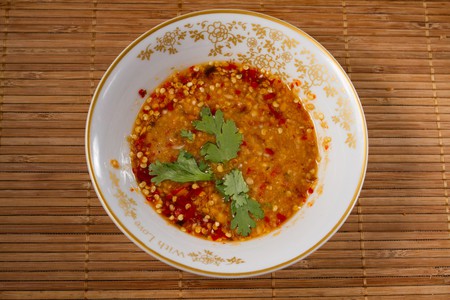 The traditional Greek diet is one of the most studied. It emphasizes unsaturated fats, legumes, vegetables, fish and grains. As a result, its nutritional values are very high, particularly in omega-3, from its popular ingredients of chickpeas, peppers and sardines. It also contains surprisingly little meat, which again reduces the consumption of saturated fats. Considering ‘salad’ and ‘yogurt’ are two words that usually follow ‘Greek,’ it isn’t really too surprising that this national cuisine is among the healthiest in the world. 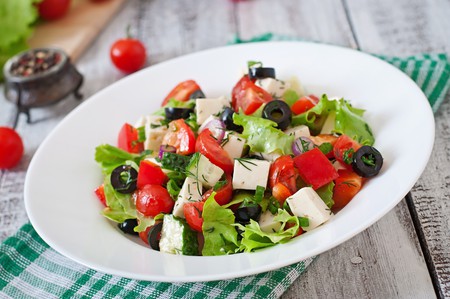 Falafel, in particular, is really having its moment across the world’s food markets. While it likely originated in Egypt, it was adopted as a staple across the Middle East and has become a signature of Israeli cuisine. The staple elements of the Israeli diet are not dissimilar to its Mediterranean counterparts — legumes, eggplants and olive oil. Its careful spicing adds additional flavour and also helps boost the metabolism and aid digestion. The nutritional benefits of common ingredients such as tahini and mint include a boost in vitamins A and C, calcium, folic acid, zinc and manganese. Pita bread, too, has higher nutritional values. 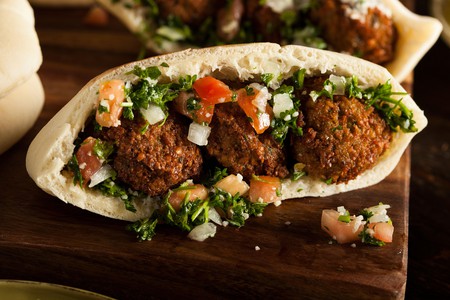 Three pillars of healthy eating are balance, variety and moderation, all of which are demonstrated through the Japanese diet. In some places in Japan, such as Okinawa, people often live to be over 100 years old, and their diet has a large part to play in this. The diet is rich in fruits and vegetables which are shown to have cancer-fighting properties, and staples such as yams, green tea, seaweed, soy foods and shiitake mushrooms have plenty of benefits, including being rich in iron, calcium, zinc, copper, omega-3, and antioxidants. Their eating practices only add to the health benefits, with many of the foods being steamed or quick fried, and at the dining table, many practice the art of Hara Hachi Bu, or eating until you’re 80 percent full. 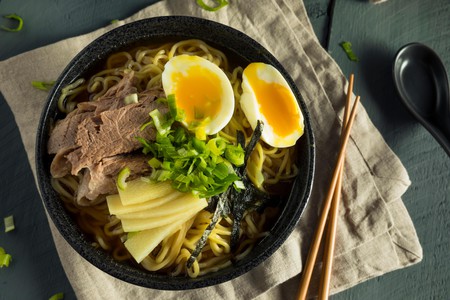 In the west, you may think of Indian food to be rich in unhealthy, fried accoutrements such as samosas, popadoms and bhajis, as well as cream-rich curries. However, many of these elements of Indian food have very much been popularized abroad, whereas authentic Indian food is much more healthy. The spices that feature so heavily in Indian cooking not only give the dishes their unique flavors but also are shown to protect against some cancers, have anti-inflammatory and healing properties, and may even have an effect on preventing Alzheimer’s. Vegetable curries are a mainstay of many regions in the country and many meat-eating areas eschew pork or beef. 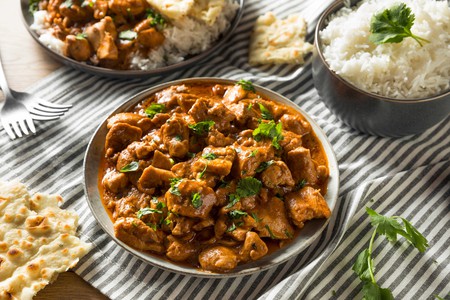 This is a cuisine with cancer-fighting dishes in the form of Tom Yung Gung soup, which is made with shrimp, coriander, lemongrass, ginger and other Thai herbs. These ingredients are shown to have very strong antioxidant properties that inhibit cancer growth. Many elements of Thai cooking are known to boost the immune system and aid digestion. Ginger, turmeric and lemongrass, which regularly feature in dishes, are all known to have been used in Asian medicine to treat a plethora of different complaints and illnesses. Many of the dishes come loaded with fresh vegetables, seafood and have spices added, all of which boost the metabolism and fill the body with vital nutrients. 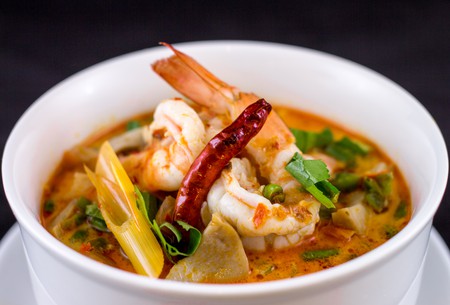 Did you know that the average height of a South Korean is some two inches more than that of their northern neighbors? This is due in part to their nutrient-rich diet, which has historically been comparable to or exceeding that of the ‘more developed’ western countries, while evading the saturated fats that have made obesity such an epidemic across Europe and North America. The low fat diet enjoyed by South Koreans heavily features tofu, noodles, eggs and fish and is often accompanied with a side of kimchi, a fermented dish made of vegetables and a variety of seasonings. While Korean barbecue, particularly beef, is one of the nation’s favorite dishes, appetites seem to be more reserved, with the average per capita consumption being 16 pounds of beef per year, compared to the American average of 67 pounds. 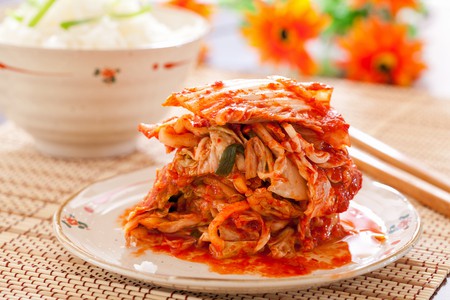 A big part of the reason that the Spanish diet is counted among the world’s healthiest is due to their portion control, with tapas dishes being a common style of eating. Being able to sample a range of different foods at one sitting seems rife for inadvertent gluttony; however when not eaten in a rush, the small portions of tasty, healthful foods will make you feel satisfyingly full well within the calorific limits. The high-fiber, low fat diet includes plenty of beans, vegetables, olive oil, seafood and oily fish, which are all superstars when it comes to weight control and general well-being. Gazpacho is particularly noteworthy as it is full of cancer-fighting lycopene and antioxidants. 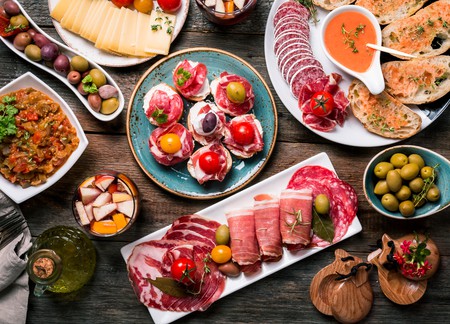 Sweden places good diets at the forefront of its public health crusades. The Scandinavian diet in general is very healthy, with an obesity rate of 11 percent and an average life expectancy of 81 years. The Swedish diet has rather a lack of fruit and vegetables; instead, it is a diet that is rich in dark breads, berries, fish and dairy, which are laden with fiber and antioxidants, and come together to help burn fat. The quality of the food is high: the meat and dairy products come from animals that have eaten well during their lives, thus passing valuable nutrients on to the eater. 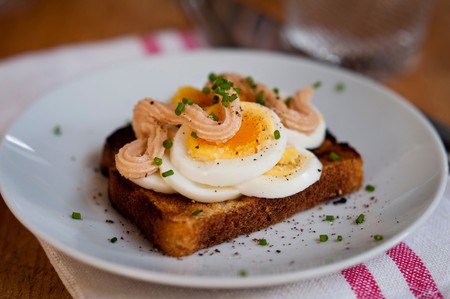 Fresh, vibrant, light and tasty are the words that come to mind when speaking of Vietnamese cuisine. The dishes widely feature herbs and chili, all of which infuse dishes with heath-enhancing nutrients and delicious flavor. Pho is a noodle-based soup rich in antioxidants and nutrients; although it can be quite sizable, it’s low in fat and has easy-to-digest ingredients. Vietnamese noodles are rice-based making them easier to digest than their gluten-based counterparts. Many of the dishes are served with sides such as peppers, green onions, chicken and pork, which are added to the main body of the dish as per the individual’s preference. The ingredients aid digestion, fight inflammation, and, along with the dining style, aid portion control. 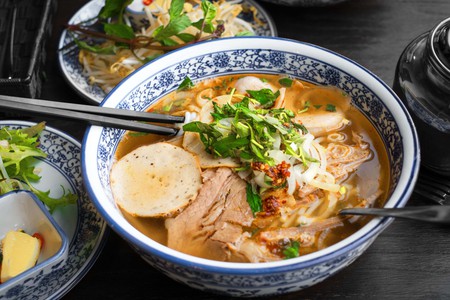