Cape Verde’s Cesária Évora is a musical legend who, even after her death, represents her country through her charismatic and profoundly moving music, still popular with fans across the world. 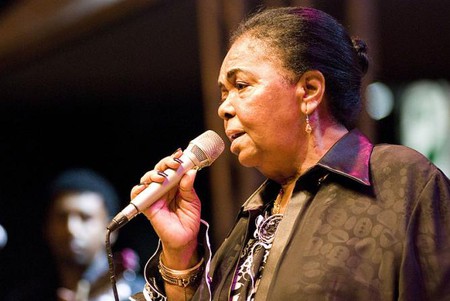 Cesária Évora (1941-2011) is a hugely influential name in 20th century music. Known for her deeply soulful style – which has been compared to Billie Holiday – Évora brought her islands’ music to the ears of many fans around the world. She often performed barefoot, earning her the legend the ‘Barefoot Diva’. Over a twenty-two year period she released eleven studio albums, and her 2003 album Voz d’ Amor won a Grammy Award for Best World Music Album.

The Mindelo-born chanteuse sang profoundly melancholic music, which reflected her country’s complex past and embodied a sense of loss or exile. Cape Verde, located off the West Coast of Africa, is a former Portuguese colony that was an important point of embarkation for the Atlantic slave trade, which contributed to the development of an ethnically and culturally diverse population. The islands have a flourishing music scene, reflecting the amalgamation of diverse cultures that took place over the course of Cape Verde’s history. The resulting traditional music that comes from the island is called Coladeira, an upbeat and harmonic style, and Morna, a more melancholic style comparable to the blues; Évora’s music utilized both types. 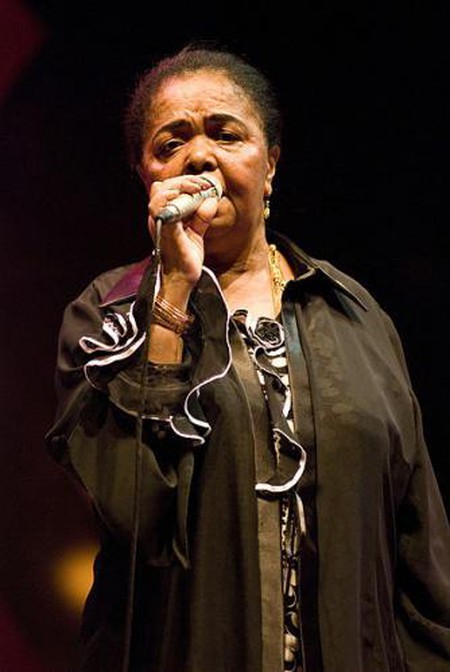 Évora may have sung mainly in Kriolu, a version of Creole that combines Portuguese and West African dialects, yet even to someone who doesn’t speak the language, her music is instantly stirring. Each song embodies the Galician-Portuguese concept of saudade; a deep yearning and nostalgia for something or someone that is absent, and it is perhaps this that grants her music its universality.

Évora’s melancholic music reflected her own difficult upbringing which was spent largely in an orphanage. Yet it was in this orphanage where she first experienced music for the first time through the choir. Her life reads as a rags to riches story, rising from humble beginnings to international stardom in a rapid trajectory, triggered by the release of her 1988 album La Diva Aux Pieds Nus. Despite her international fame and fortune, her life was blighted by alcoholism, and her poor health forced her to take long breaks from her music career, and in December 2011 she passed away at the age of 70. Nevertheless, Évora’s music has not gone unnoticed, and she is now an international icon for her country and an inspiration for many female singers.