Musicians From Cameroon You Should Know 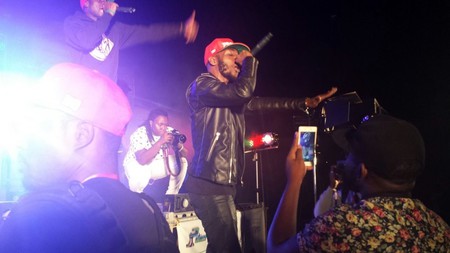 A blend of traditional influences, contemporary culture and pervasive Afropop has been channeled by Cameroonian musicians into a unique sound known locally as Camer Pop. Lyrics in English, French, Pidgin and ethnic languages are a common feature of this genre, and those who are thriving are those who have embraced the trend. Go through this list to discover the top musicians in Cameroon you need to know. 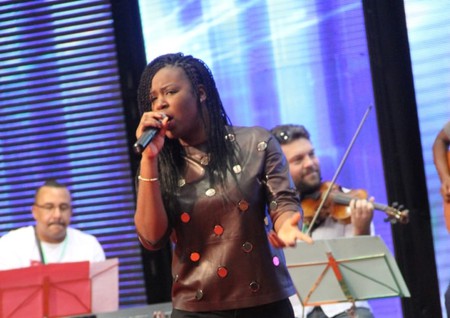 Although she’s just 33, it seems like Charlotte Dipanda has been around forever. At 17 she accompanied the guitarist Jeannot Hens in ‘Ndando’, an acoustic classic that received a lot of airplay. While performing in Yaounde she was spotted by Congolese soul legend Lokua Kanza. This encounter eased her move to France, where she provided backup vocals for Manu Dibango, Axelle Red and many other established acts. She released Mispa in 2008 to critical acclaim, and has gone on to release two more albums. She’s the undisputed queen of her generation and looks set for legendary status. 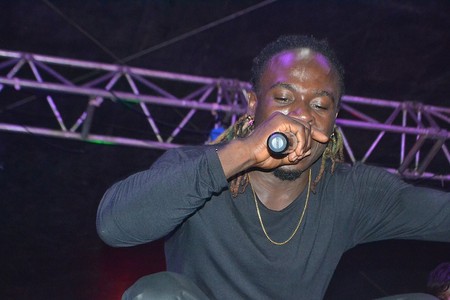 This native of Nso has read and applied the formula of what gives a Cameroonian artist wide appeal, and backed this up with unpretentious songwriting that doesn’t trade in easy puns. Singing in French, English, Pidgin, Francanglais, Lamnso and everything in between, Mr Leo made waves with his 2014 single ‘E Go Betta’. He went on to sign with Alpha Better Records and his collaboration with Salatiel keeps churning out hits. In the space of two years he has released some of the most played music in Cameroon, among them the wedding favourite ‘Marry You’, anthems like ‘Je Suis Moi Comme Ça’ and ‘Partout’ and hits such as ‘Je t’aime’, featuring Congolese singer Hiro. He released the album Love Original in 2017.

Gasha’s debut single, ‘Kaki Mbere’, showed a lot of promise she hasn’t lived up to, something you’re reminded of every time you hear the soft vocals of this Afrobeat/soul singer. She won best female artist for Central Africa at the African Muzik Magazine Awards (AFRIMMA) in Dallas in 2014, and the following year recorded with Ugandan superstar Eddy Kenzo. Things rather went downhill after that, and we haven’t seen the best of her yet. She’s now making a return with several new releases. Bold and edgy, she’s one of the rare Cameroonian female singers who take risks with her use of language and her emotional angst.

Locko, the voice that is going global

Locko is the first Cameroonian kid of the YouTube generation, and caught attention through doing song covers when he started his channel in 2000. ‘Ndutu’, ‘Sawa Romance’ and ‘Margo’ were huge successes from his first EP Skyzo, leading him to sign with Big Dreams Records. In 2014 he released ‘Perfect Girl’ with Cameroonian artist Numerica. French magazine Paris Match named him Cameroon’s R&B revelation in 2017. Locko’s strong vocals and melodious tunes, with lyrics in French and English, earned him the award of Best Male Artist from Central Africa at the 2015 All Africa Music Awards. He is the second Cameroonian act, after X-Maleya, to feature in Coke Studio Africa, the 2017 version of which was mentored by Jason Derulo. After many high-profile collaborations and concerts he released his first album The Bridge in 2018. He has since been signed by Universal Music Africa.

Two singles are enough to confirm Blanche Bailly’s status as one to watch closely. ‘Mimbayeur’ with rapper Mink features revealed silky vocals on powerful beats, with a video that shows she can hold her own as an actor. The 23-year-old from Bagangte in Cameroon’s West Region moved to Kumba as a kid before travelling to France at the age of 12 to pursue her studies. She started singing in church, and today is at the frontline of artists who will further the country’s cause with an appeal to both French-speaking and Anglophone audiences.

Jovi, the man who led a movement

It took an economics graduate to push Cameroonian hip-hop into the mainstream. ‘Don 4 Kwat’, released in 2011, solved the dilemma many rappers faced between copying the American style and drawing from traditional Cameroonian rhythms. It didn’t take long before Jovi was rotating on Trace TV and Channel O, something which was very rare at the time.

Jovi is lyrically gifted, with a tendency towards the profane and angry, but at the same time celebrating whatever’s good about despairing youth. ‘Don 4 Kwat’ is fondly remembered as the time when someone expressed the anxiety of Cameroonian youth with strong verses accompanied by an ominous bell. Three albums have come in between several EPs and production work. Jovi has received several award nominations in Africa and is the cofounder of New Bell Music.

Salatiel, genius behind the scenes 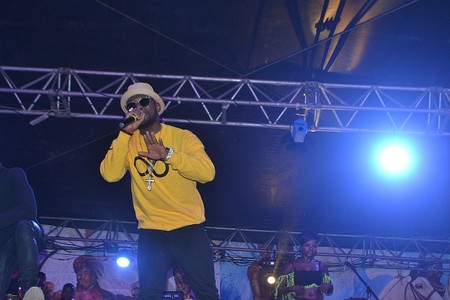 If you’ve spent even one day in Cameroon, chances are you’ve heard a track produced by Salatiel. The tireless worker is a former medical student whose passion for music pushed him into several bands, competitions and choirs before he settled into a role as a prolific producer with a few thousand songs and hundreds of albums under his belt. After winning the MTN Make the Music contest in 2014 with ‘Fap Kolo’, the pastor’s son had the chance to perform at iFest alongside Tiwa Savage, Don Jazzy and Yemi Alade. He is the founder and CEO of Alpha Better Records, which currently has Mr Leo, Askia and Blaise B on its books.

Magasco, the golden boy with a dream 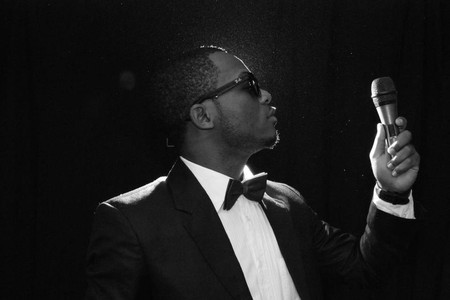 Bamenda Boy has come a long way, and he looks like he’s heading even further, as he evolves into something fans from his hometown are really proud of. As he has admitted, his lyrics at the start were aspirational, with songs like ‘Kumba Market’ and ‘Line Loba’. Once he became a fixture in the Northwest Region he he got signed by Pit Baccardi’s Empire Music, one of the biggest labels in Cameroon. This move pushed him into collaborations with established acts like Duc-Z, Krotal and many Francophone acts, which pushed him out to a whole new audience. Magasco has taken it in his stride, releasing one hit after another and travelling to concerts in France and the USA. His first EP, Raw Gold, led by ‘Wule Bang Bang’ in 2015, was a collection of hits. His first album, Golden Boy, was released in 2017. 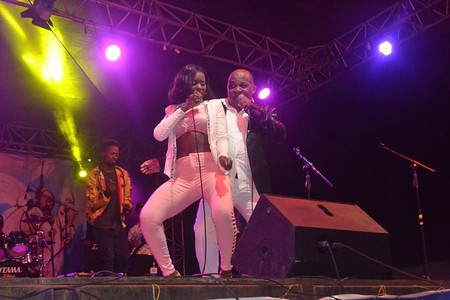 ‘Rastafari’ proved a miracle-worker for Daphne when it was released in 2013, and the versatile singer and dancer’s love songs have been blasting through speakers all over Cameroon since. ‘Calee’ won Song of the Year at the Balafon Music Awards, and has had over 17 million YouTube views. Daphne was born in Buea and raised in Douala, two towns which have greatly influenced her music. 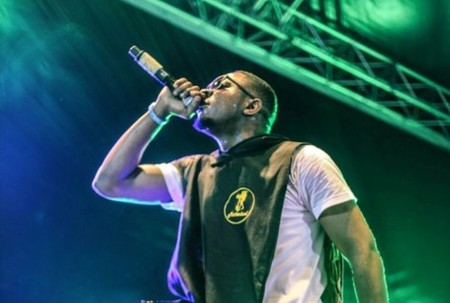 He didn’t come in quietly, and that’s not how he plays. ‘Hein Pere’ was the anthem for a whole generation of youths who dreamed about making it big, and he played with heavy beats and carefully crafted videos to flaunt the lifestyle everyone dreamed of. Before we knew it, Stanley Enow was on every show and was being courted by artists eager to ride the wave he had created. In his next outing, he stuck to the recipe that worked the first time, building heavily on childhood playground songs to power his way through. Opinion is always divided on how good he really is. His followers are quick to point out his mass appeal, while detractors argue that he has little depth. We can all agree on this: he is one of the country’s most popular rappers, and certainly one of the most decorated.

Joyce Babatunde, the voice of the future 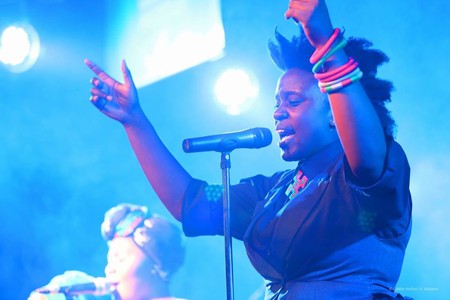 A serial entrepreneur with a strong artistic upbringing in the Baptist Church, Joyce Babatunde has always pushed her creative limits. She’s a singer, rapper, spoken word giant and actor from Bamenda. After years running her handmade clothing line BABS Designs, she is finally going all out for music, and it looks like she’ll be the biggest thing to hit Cameroonian soul/jazz for a while. Her sensational performance of her debut track ‘My Everything’ on the nationally televised Goethe-Discovery Platform festival in June 2017 year drew a lot of praise and coverage on the BBC. We’ll be disappointed if she starts doing too many collaborations before she bares her own soul.