Famous Books About Cameroon You Should Read 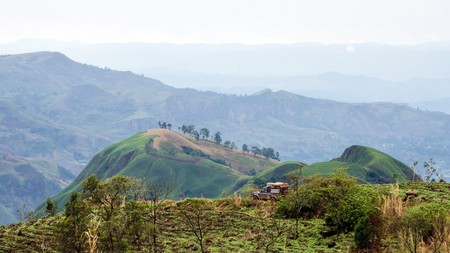 Cameroonian authors have long since explored themes surrounding community and culture, and drawn on deeply personal experiences to truly capture local life. Many of these authors have gone on to achieve great success, while others remain criminally underrated.

Culture Trip takes a look at some of Cameroon’s best-selling and most compelling books written or published in English, to discover more about the central African country’s dynamic, and often times tragic, culture and history.

‘The Old Man and the Medal’ by Ferdinand Oyono

Few novels satirise colonialism like The Old Man and the Medal by long-serving Cameroonian diplomat Ferdinand Oyono. The book was originally published in French in 1956, with the English translation released in 1967 as part of the Heinemann African Writers Series. The novel tells the story of Meka, who learns he is to receive a medal from the French colonial government. The family prepares a feast for the entire village. However, the protagonist has to confront the stark reality of his place in a world dominated by his oppressors.

‘Prisoner Without a Crime’ by Albert Mukong

Prisoner Without a Crime is a memoir written by Cameroonian dissident Albert Mukong, who spent six years in prison under the government of his country’s first president, Ahmadou Ahidjo. A tale of courage and supreme discipline, it details Mukong’s experiences in the most horrific torture chambers in the country, and interactions with some of Cameroon’s most prominent nationalists like Ruben Um Nyobè, Ernest Ouandié and others who envisioned a different future for an emerging and independent country, free from French influence. Torture is described as cruelly as it is administered, but one of the fathers of the modern-day Anglophone movement finally overcomes fear and preserves his dignity. The book is still not widely circulated in Cameroon, as it deals with some contentious problems that continue to plague its minority English-speaking region.

Set in the period before World War I, this historical novella boldly delves into the personal encounters of Martin-Paul Samba and Rudolf Duala Manga Bell, two of Cameroon’s foremost nationalists. It reimagines how these men formed their ideas, rebelled against those who trained them, and how they loved. Protagonist Martin-Paul Samba is adopted by a German aristocrat, but cracks start to show when the young man falls in love with the aristocrat’s daughter. Conscious of the German’s estimation of him as a black African and therefore unworthy of his daughter’s hand, Samba returns home to take a stand for himself and his people. One of Cameroon’s best writers, Azanwi Nchami discusses Cameroonian colonialism and race relations in this, her 1985 classic.

‘Behold the Dreamers’ by Imbolo Mbue

This novel has arguably garnered more international attention than most other works of literature by Cameroonian authors. It tells the story of Jende, a Cameroonian immigrant who finds work as a chauffeur for Clark Edwards, a Lehman Brothers executive and employee of the banks whose fall signalled the start of the financial crisis in 2008. The chauffeur and the banker’s lives become intertwined as one grapples with the loss of his privileged life, while the other struggles to survive. Published in 2016 to critical claim, Imbolo Mbue’s debut novel won her numerous awards, including the 2017 PEN/Faulkner Award for Fiction. The writer, from the seaside town of Limbe, moved to America in search of a better life, which informs her tale of the harsh realities of immigrants seeking the American dream. 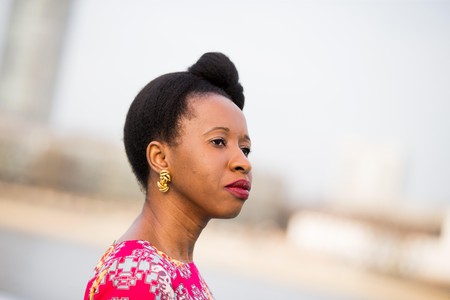 ‘Your Madness, Not Mine: Stories of Cameroon’ by Juliana Makuchi Nfah-Abbenyi

This collection of short stories explores the lives of ordinary women in Cameroon, and how they survive in a male-dominated world where their aspirations and personal needs take second place. A professor of literature and researcher in gender studies, Juliana Makuchi Nfah-Abbenyi tackles the challenges of everyday life, discrimination, the economy, health, patriarchy and the determination of the oppressed to fight these ills in their own small way. The conversations in the short stories are a great introduction to the way Cameroonians talk, as her characters use English, French, pidgin English and local dialects to convey meaning.

Leonora Miano’s harrowing novella, about a young woman’s rediscovery of her culture after returning from France, paints a dark picture of some of Africa’s more questionable customs, and the failure of its citizens to take responsibility when they encounter evil. Ayane, the main character, is disgusted by what she sees as her people’s failings, and they in turn are angered by her disregard for their traditions. For example, her mother is from another village, which only exacerbates the mistrust her father’s people have for her. She is forced to confront the evil, but is also forced to confront herself. The French version was published in 2005, and an English translation followed in 2010. 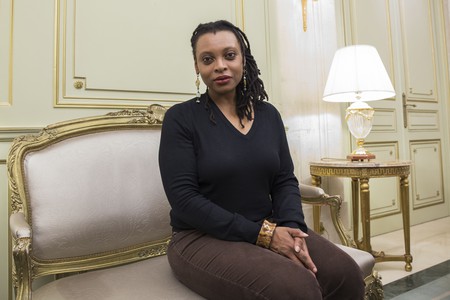 ‘Limbe to Lagos: Nonfiction From Cameroon and Nigeria’

Ten young writers from Cameroon and Nigeria are brought together in this anthology to share their lives in deeply personal essays that explore the contemporary African experience. Compiled by Dzekashu MacViban, Dami Àjàyí and Emmanuel Iduma, the book showcases some of the region’s best emerging talent, who describe the shared experiences between Cameroon and Nigeria outside of the daily politics and news. These reflections, published in 2018, provide a rare glimpse into what it’s like to grow up in modern-day Africa.