Cameroon and the NBA: A Love Story 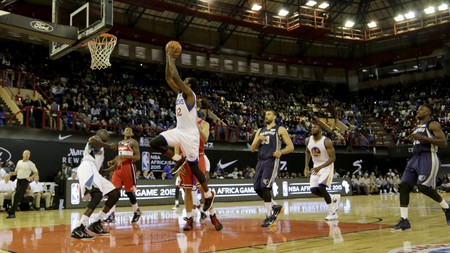 Basketball is undoubtedly one of the most beloved sports in Cameroon, with a growing fan base, training academies, and a pool of talent with dreams of making it to the NBA. Culture Trip looks at some of the country’s superstars, and the structures the country is putting in place to nurture the next generation of professional African basketball players.

Cameroon’s love affair with the NBA began in the ’90s, when games started to be broadcast on national television. The Chicago Bulls are still the most popular team in the country, owing to their domination during this period. Michael Jordan, Scottie Pippen, BJ Armstrong and Dennis Rodman inspired a generation of basketball-loving Cameroonians to learn the rules of the game.

In 2001 the first Cameroonian, Ruben Boumtje-Boumtje, was drafted to play for the Portland Trail Blazers. Of the 13 Africans who currently play in the NBA, three are from Cameroon: Luc Mbah a Moute was drafted in 2008 and is a forward for the LA Clippers, Joel ‘The Process’ Embiid was drafted in 2014 and has made a remarkable start as centre for the Philadelphia 76ers, and Pascal Siakam, who plays for the Toronto Raptors, was drafted in 2016. 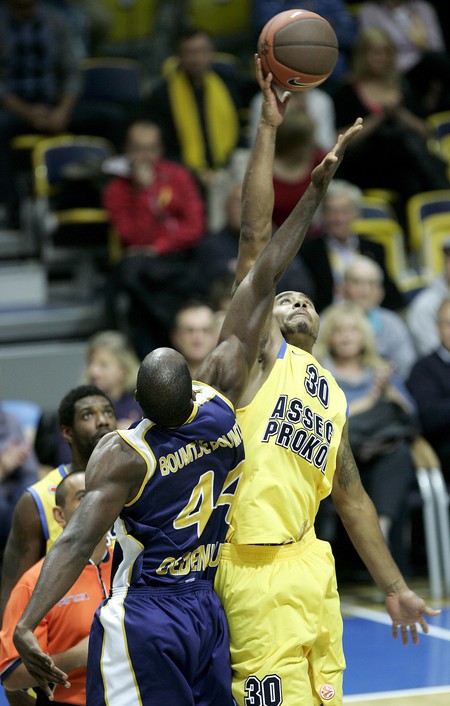 Cameroon’s Ruben Boumtje Boumtje (left) was the first to be drafted for an international team, but he retired in November 2011 because of a heart condition | © Adam Warzawa/EPA/Shutterstock

Scouted through the NBA’s inaugural Basketball Without Borders (BWB) community outreach program in 2003, Mbah a Moute played a vital role in recruiting the other two players through his own foundation’s basketball camps. His foundation also actively encourages young girls to join.

The foundation acts as a platform upon which future generations of Cameroonians’ NBA careers can be built. Embiid and Siakam have also endeavoured to scout and improve young players, and give them a chance to showcase their talent at BWB tournaments. From there the very best get scholarships into American high schools and colleges.

Mbah a Moute himself was given the opportunity as a teenager to train with Africa’s top NBA stars while attending a basketball camp in Johannesburg. It was here that he met other African basketball stars, Dikembe Mutumbo from the DRC, DeSagana Diop from Senegal and fellow Cameroonian, Boumtje-Boumtje. 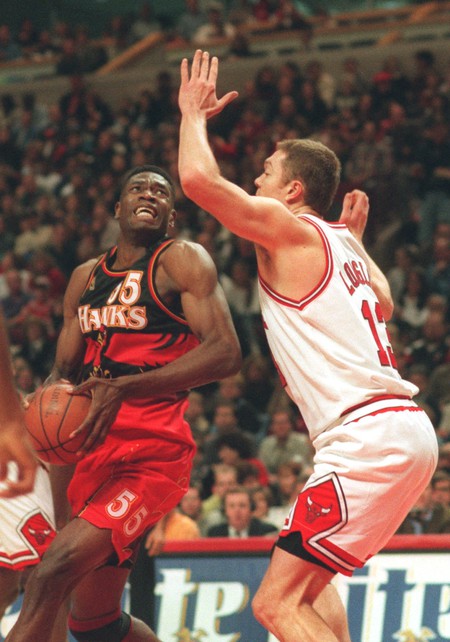 The DRC’s Dikembe Mutumbo (left), who played for the Atlanta Hawks, is also one of Africa’s most successful players | © Fred Jewell/AP/Shutterstock

The inauguration of the NBA’s Basketball Africa League (BAL) launching in March 2020 has been welcomed as a move that will transform basketball on the continent. NBA Commissioner Adam Silver announced that Pepsi and Nike’s Air Jordan brand have already pledged their support for the initiative. BAL was created in collaboration with the sport’s governing body, FIBA, and has the support of US President Barack Obama.

These days fans are forced to gather in venues that have cable TV after Cameroon’s national TV stopped broadcasting NBA games. Pros like Mbah a Moute understand the unique challenges young Cameroonians face. They also understand raw talent has its limits, and know where future NBA prospects need to improve. One such challenge is the lack of government funding – even in urbanised areas. Fans of the game lack the basic facilities such as public courts to enjoy playing the sport they love. However, this hasn’t stopped people from carving out the bottom of buckets to enjoy the game at home with friends. 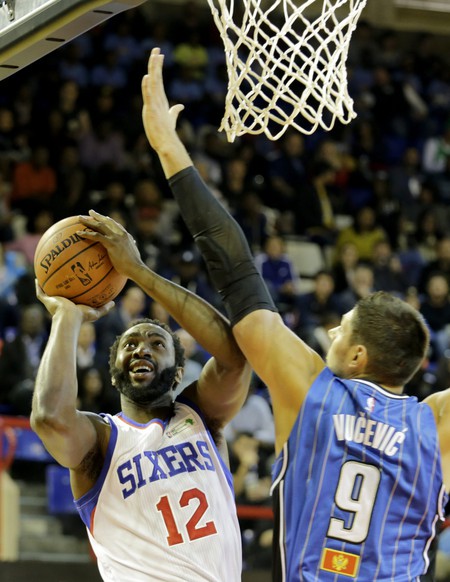 Local players have also benefited from Mbah a Moute’s appearances on the Cameroon men’s national team. Despite limited resources, the team became a finalist at the African Championship in 2007. Kevin Ngwesse, a veteran player who has won everything at national level, was one member of that team.

“When I was 15 we lived in a military camp in Koutaba where they had a basketball court. I used to watch the soldiers play and that is how things started,” he explained.

When he moved to Yaoundé, Ngwesse would train with Mbah a Moute when the NBA star came home during the off-season. At 35, Ngwesse now has his heart set on becoming a basketball coach.

“My ambition is to give back. I have won every title at national level. My motivation is to move to coaching. I have won six national championships and four Cameroon Cups,” he says.

Six years on the national team has added to his knowledge of basketball, experience he hopes will help him guide young prospects as they learn the game.

With three Cameroonian NBA players coming through the very same scouting network, there’s a real commitment to grooming future stars, and a belief by young players that they can get into the NBA with their natural talent, hard work and dedication.