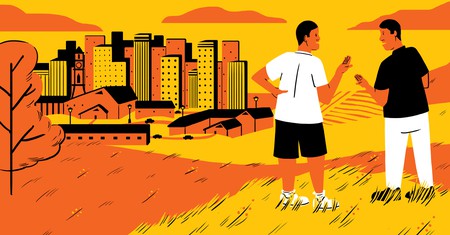 Kirundi is the main language spoken in Burundi. Derived from the Bantu family and used since before the creation of the Kingdom of Burundi, Kirundi has been studied by missionaries and researchers for centuries. Here are some words that will inspire you to visit this amazing East African country.

Using words derived from Arabic, German, French, Swahili (the commercial language of the region) and Latin (the language used by the church during colonisation), the languages and dialects of Burundi are many. However, Kirundi is the most widely spoken.

This word means peace used in greeting. It is similar to the use of ‘Shalom’ in Hebrew, which has the same meaning. In order to greet someone in Kirundi, or wish them well on their journey, you would say ‘Gira amahoro’, which translates to ‘have peace’.

Comparing a beautiful woman to a cow is not an insult as it might be in some other cultures. Rather, it is a valuation of a woman, mother, or daughter, who is seen as a flower of the family. This expression is used to describe a girl or young woman as beautiful. To say, “She has the eyes of a calf,” is to denote the symbol of beauty in ancient Burundi. At traditional dowry ceremonies, Burundians refer to a girl as ‘calf’ or ‘cow’.

This expression is often said at the end of the conversation between two people or to express thanks. The phrase is often used to call blessings to someone who makes you happy. Regardless of whether you are religious, this is commonly used among Burundians to show gratitude and good wishes.

This expression originated during the conflict between Burundi and Rwanda under the kingship and before colonisation. During the fighting that took place between the two countries, Rwanda lost two hills called ‘Shinge’ and ‘Rugero’ to Burundi. These two hills were strategic, and from the summit one could see across the landscapes of both countries. Since that time, a failure has always been described as “losing Shinge and Rugero”.

This expression is used at the end of a conversation between two people, especially neighbours. It means that although they are separating, they will stay in touch. Traditionally, people believe that one should not sleep deeply in order to be alert in case one’s neighbour is in danger and needs help – from wild animals, enemies, or bush fires for example. Neighbours should be there for each other and act quickly.

‘Kaze’ is a word used for when you pay a visit to someone. ‘Kaze’ is interchangeable with ‘Karibu’, which is of Swahiliphone origin.

The word ‘urakoze’ is used to thank someone for their service. It’s derived from French and tourists can use it after a great meal or in the marketplace.

This metaphor refers to the Burundian love for chit-chat. Sharing thoughts and trivialities over a glass of beer plays an important role in Burundian society. When visiting someone in their home it’s common for guests to bring beer as a gift, while the host also prepares beer to offer their guests. Just as ants talk when eating leftover meat on a bone, Burundians chat while drinking beer.

When describing the traits of a great man or woman, one would usually speak about their good physical condition (‘ijunja’) and a good discursive condition (‘ijambo’). To have a ‘discursive force’ means a person is a persuasive and effective speaker, something only few people possess.

If someone wishes you cows and children, take it as a great compliment. Having cows in Burundi means having great wealth as cows provide milk, butter for the growth of children, and manure for crops. In traditional Burundian culture it is common to have many children. Be careful when using this expression as a way to compliment elderly women, however – you’ll probably be laughed out of the room.

If someone refers to a person as being ‘a cow in the field’, it means that they are calm, composed and choose their words carefully.