Meet Diébédo Francis Kéré, one of the leading lights in traditional sustainable architecture and community development projects working today. Using his architecture education, Kéré has planned and overseen projects in his homeland of Burkina Faso and across the world, promoting a sustainable, community-centered approach to business which encourages the education, culture and development of those communities. 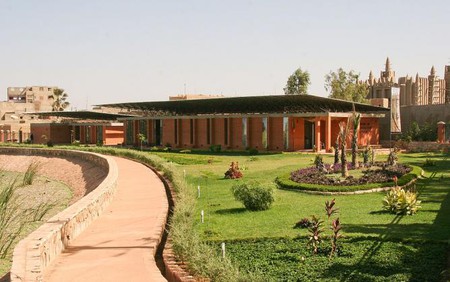 One of the most important names in sustainable architecture today, and particularly famous for his preservation of traditional clay technologies and communities’ architectural heritage, Diébédo Francis Kéré was born in the small Burkinabé village of Gando in 1965. Being first son of the village chief, he was sent away to school in the large town of Tenkodogo at the age of seven to learn how to read and write. It was after this initial education that he received a scholarship from the Carl Duisberg Society in Germany to do an apprenticeship as a supervisor in development aid, which in turn led to his studying architecture at the prestigious Technical University of Berlin, from which he graduated in 2004. 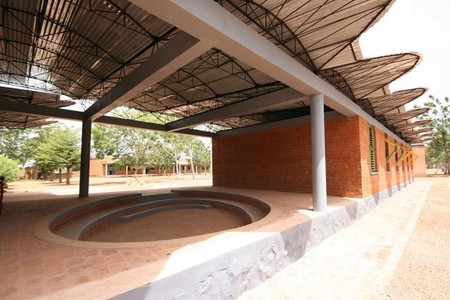 Being given the chance at such a young age to travel beyond his village and receive an education not restricted to agriculture, Kéré decided that he wanted to take his new knowledge and share it with the people who had given him such a life-changing opportunity, thus allowing others to follow in his footsteps. In Gando, villagers still live in small huts made of mud with tin or straw roofs; have literacy levels below the national average of 25%, no access to electricity and little to running water. In 2011, according to the UN Development Index, the country’s lack of education, low income and life expectancy make Burkina Faso the 7th least developed country in the world. 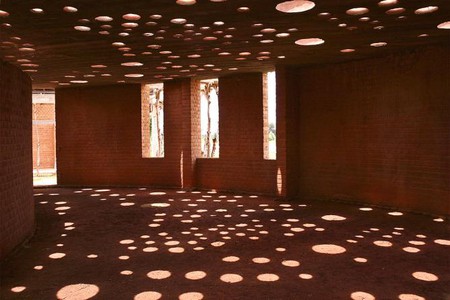 Whilst still undertaking his studies, Kéré set up his company Kéré Architecture, as well as a fund names ‘Schulbausteine für Gando,’ or roughly ‘Building Blocks for Gando,’ with the intention to build a primary school so the children of Gando would have the same opportunities which he had been given. However, Kéré did not stop there. Instead of coming in and using his wealth to build the school and have done with it, he used the project as a method of utilising local skills, materials and technologies, simultaneously educating village people in construction skills and contributing to the local economy. By thus doing so, Kéré aimed to combine European methods of architecture which he had gained in Germany with traditional buildings techniques in Burkina Faso, adapting each to the other, both the modern and the traditional, to create something innovative and perfectly suited to its specific location. 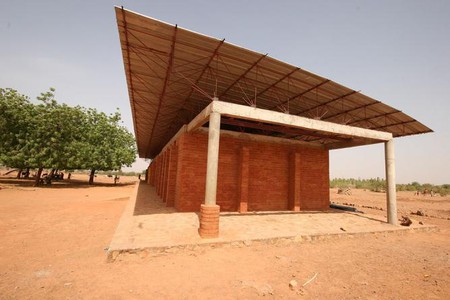 Armed with their modern architectural knowledge, architects from his own company joined forces with the local community in Gando to build the primary school, which received the Aga Khan Award for Architecture in 2004 for its innovative use of traditional, sustainable methods. The community were originally sceptical about the use of clay in the school’s construction, as clay is perceived as a poor material, unlikely to survive the rainy season; sturdier concrete is preferred. However, as concrete would have been both expensive and highly unsuitable, becoming extremely hot in the high temperatures of Burkina Faso, Kéré utilised clay, which is both cheap and locally available, in such a way as to promote its best qualities. The clay was protected with a wide tin roof raised up over the building to protect it from the rain and permit air to circulate beneath, keeping temperatures low and providing an ideal learning environment for Gando’s children. 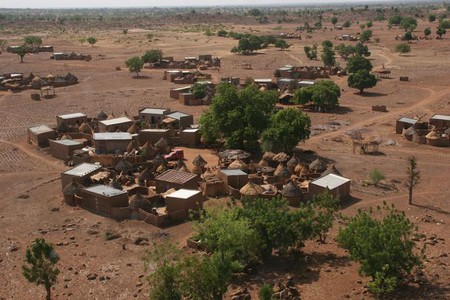 What was perhaps most remarkable about Kéré’s project was its positive effort to engage with the community, and the enthusiastic response it received in turn. Men and women from the village helped crush stones to prepare the flooring, collected stones for the foundations and pressed earth for the school walls, radically reducing the potentially huge costs of European engineers and builders. Through helping out with the project, villagers were also receiving training across a range of construction techniques, developing their own skills and opening a window of opportunity for them to secure other building jobs. This initial project led to further developments in Gando including a secondary school, a school library, teachers’ accommodation, as well as a Mango Tree Project, designed both to improve villagers’ diets by combating malnutrition and to create a shaded space where the community could rest and relax. The project also led other villages in the vicinity to carry out their own school-building projects in cooperation with Gando. 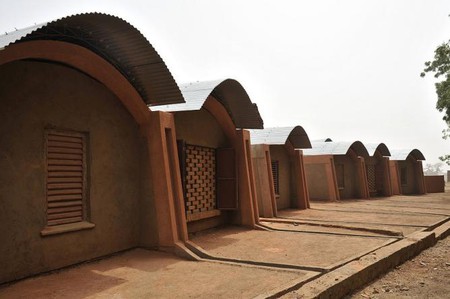 Kéré’s widely acclaimed work has led to a broad range of projects all over the world, including the Centre for Earth Architecture in Mopti, Northern Mali, National Park of Mali, International Red Cross and Red Crescent Museum in Geneva and the Zhou Shan Harbour Development in China. His project of an Opera Village in his home country, about which he was originally sceptical, became an inspired way to awaken a sense of cultural identity in Burkina Faso, which is the centre of African film and theatre, by providing a space for cultural exchange between people of different cultural and family backgrounds. The ‘Remdoogo’ opera village now stretches over a 12-hectare site, with a festival hall and theatre, medical centre, school, guest houses and solar panels. Like the first primary school project in Gando, the construction of the opera village came about through the use of local materials such as clay, laterite, earth and gum wood, and the efforts of the local people.

The architectural variety and geographic reach of these projects, which all engage with the history and culture of each specific site, have catapulted Kéré into architectural stardom, showering him with well-deserved honours for his work and ethos. He currently lectures at the Technical University of Berlin, with emphasis on ‘sustainable and community-driven architecture,’ and undertook a professorship at Harvard in 2012, before embarking on teaching at the Accademia di Architettura di Mendrisio. He still stays true to his roots however, often visiting his family in Gando and continuing to promote his original mantra: ‘People are the basis of every piece of work.’