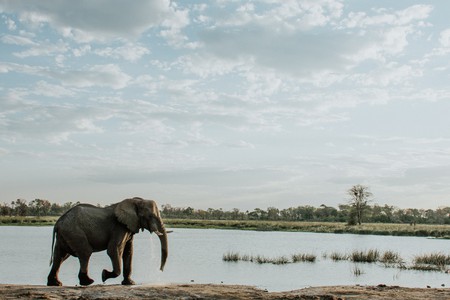 Botswana is an incredible place to visit, even during the rainy season | © Melanie Van Zyl

An incredible place to visit at any time of year, Botswana tops the chart of Africa’s best safari destinations. Here’s why Botswana’s resplendent wilds are just as likely to impress during the rainy season.

Baby animals, vibrant birdlife, charismatic cats, scores of elephants, affordability and the magnificent rains are just a few reasons to visit during Botswana’s ‘Green Season’, often considered by many to be the worst time of the year to come. 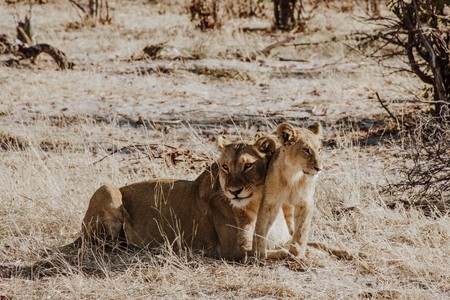 One of the first things you’re likely to Google when travelling is ‘When is the best time to visit?’ For Botswana, some sites will recommend the dry, winter season between May and September, when temperatures are moderate and game viewing is said to be better than at other times of the year. However, experiencing Botswana in the ‘Green Season’ definitely has its perks. 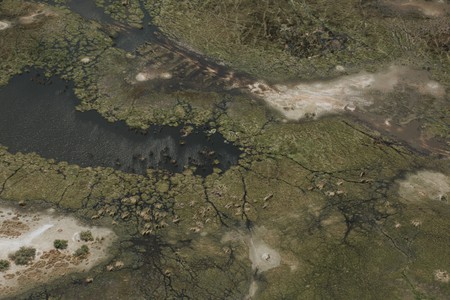 The ‘Green Season’ is good value

Locally known as the ‘Green Season’, Botswana’s rainy, wet, summer season runs from December to March. The biggest advantage of travelling at this time is that visitor numbers dwindle, so you’re likely to enjoy a quieter, more personal stay at affordable rates as camps drop their prices by as much as 50 percent. 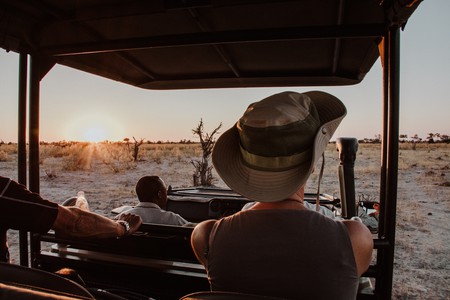 The November to February period is right in the middle of the heat and rain of midsummer. The Kalahari Desert is particularly stifling, but thankfully there’s a slosh of water, namely the Kavango River and its catchment area, cutting through this harsh environment and providing refuge for the wild world. 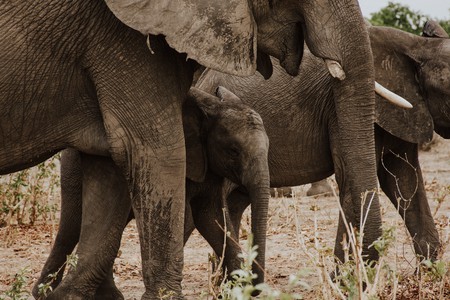 The Okavango Delta is a low-impact tourism destination and visiting requires off-road driving, boating or fly-ins using small aircraft. Thanks to this inaccessibility, this UNESCO World Heritage Site has been dubbed ‘the Last Eden of Africa’. 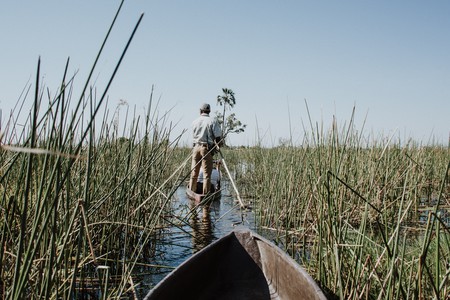 Spot tsessebe (the fastest antelope in the world) or shy water-dwelling sitatunga and enjoy the reinvigoration of the natural world as young, ungainly antelope join the herds. Botswana is also a hotspot for one of the world’s most endangered mammals, the African wild dog. 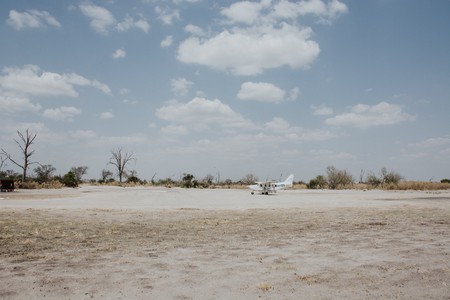 Tip: When staying at a lodge, such as the new Kwando Splash Camp in the Eastern Okavango, professional guides will be well acquainted with the movements of local lion prides, cheetah coalitions and the fast-moving, hunting packs of African wild dogs (named by World Wildlife Fund as the second-most endangered carnivore in Africa). In fact, these sought-after predators have territories so close to this particular camp that you’re likely to see them while eating breakfast. 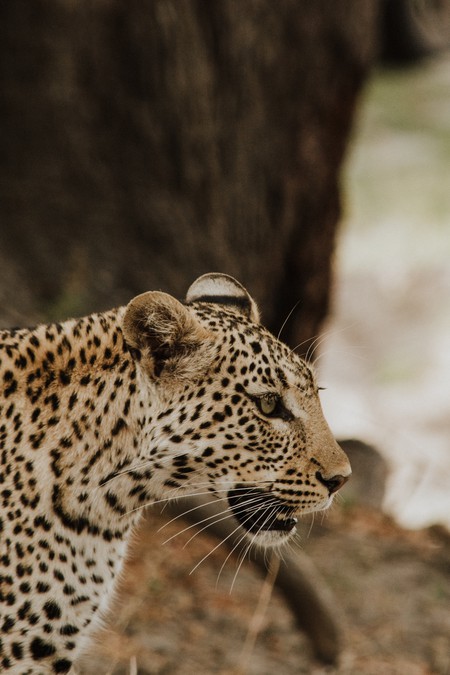 Leopards have long whiskers, which help them move around in the dark | © Melanie Van Zyl

See the wild from the water in Chobe National Park

The wide, wild Chobe River marks Botswana’s border with Namibia and provides both sanctuary and water for the many creatures of Chobe National Park. Most notably, this area is home to the African continent’s greatest concentration of elephants, with overall herd numbers at an estimated 120,000. They’re best admired from the water. 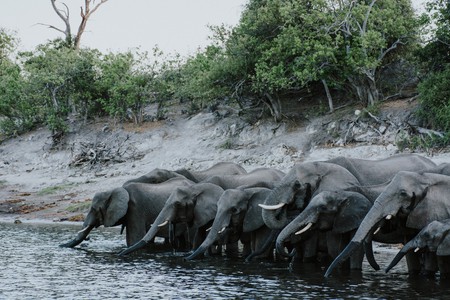 Some call Chobe the 'Land of Giants' | © Melanie Van Zyl

Tip: Many lodges in the nearby town, Kasane, offer sundowner cruises, but Chobe Safari Lodge is the closest base to the park for ease of access. You can also book a private boat for the early morning, when rain and thunderstorms are less likely. 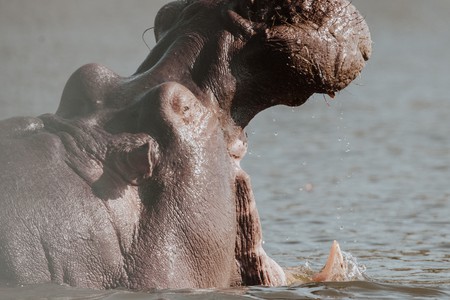 Hippos can live for up to 40 years | © Melanie Van Zyl

Fall in love with Botswana’s birds

During summer, migrant birds swoop south and congregate in high numbers at various hotspots across the country. Even non-birders will be reaching for their binoculars during this active avian season.

Although Botswana has no endemic bird species, it’s one of the easiest places in the world to find extraordinary feathered friends. The Okavango Delta, for example, is a stronghold for critically endangered wattled cranes. For many twitchers, the ultimate sighting is the Pel’s fishing owl, a rarity that feeds on fish and frogs. Colourful bee-eaters snatch insects swiftly from the air, striking African skimmers flock to the northern rivers scooping up water using their specially adapted bills and the African fish-eagle lets out its resonating, soulful call. 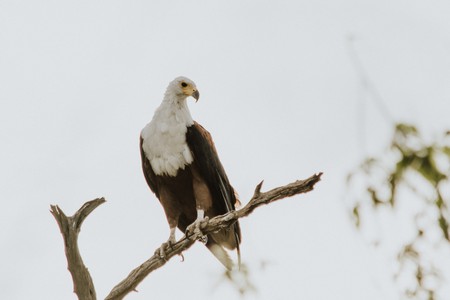 Tip: During the Green Season, diehard birders cannot miss the wonder of Godikwe Lagoon in the heart of the Okavango Delta, where waterbirds find safety from predators on islands surrounded by deeply flooded lagoons. Different species nest side by side in a seasonal ceasefire and create enormous breeding sites called heronries. Godikwe Lagoon is only accessible via boat when staying in lodges near to the Moremi Game Reserve, such as Kwando Splash Camp. 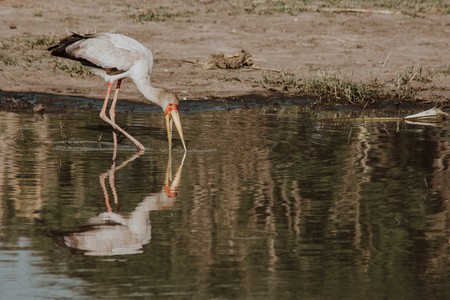 The yellow-billed stork uses its feet to feed, by disturbing creatures in the mud | © Melanie Van Zyl

Dance in the rain

There is a particular reverence for rain in Botswana, which is called pula in the local language of Setswana. Pula is also the name of Botswana’s currency, and the colour blue dominates the country’s flag, representing the life-giving forces of water. 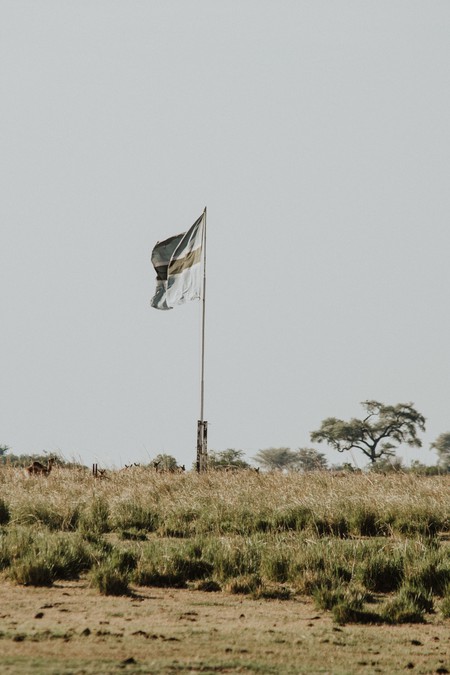 When the heat builds up and clouds eventually rupture with rainstorms, bringing water back to this parched place, join in the joy and soak up the open sky. After all, Africa knows best, that ‘no rain, no gain’.

Tip: During a stay at Mma Dinare lodge in the southern reaches of the Okavango Delta, you may be so lucky as to meet the delightful camp manager Mmapula Malela. ‘Mmapula’ means ‘mother of the rain’, and rain is all that anyone can talk about in the heights of summer’s stifling heat. 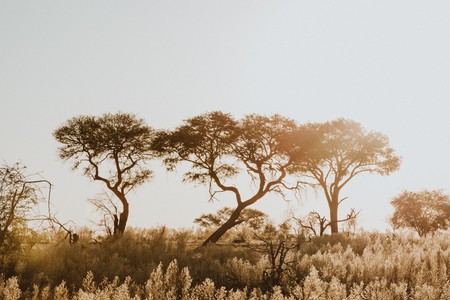