The Story Of How 'The No. 1 Ladies’ Detective Agency' Put Botswana On The Literary Map

Alexander McCall Smith’s No. 1 Ladies’ Detective Agency is a humorous depiction of Botswana’s first female-led detective agency which has become an international success, and brought this southern African country to worldwide attention.

Based on a series of novels by Alexander McCall Smith, The No. 1 Ladies’ Detective Agency was a widely followed television series about the first woman to start up a detective agency in Botswana. The main character Detective Mma Ramotswe, (Jill Scott), is joined by her loyal secretary Mma Makutsi, (Anika Noni Rose) and other familiar faces in their quest to cut down scandal in the country’s capital Garbone.

While oriented around a detective agency, the television program hardly carries the expected attributes of a crime series. The tone throughout is lighthearted, and plots are often as amusing as they are offbeat. Whilst the problems and mysteries that are encountered drive the action, the series remains nonetheless focused firmly upon its charismatic lead character Mma Romotswe, a woman of ‘traditional build’ who approaches her detective work in her own, inimitable style. Another key character in the series is Botswana itself: filmed entirely on location, the series fully benefits from the natural beauty of the surroundings, with its own particular light and palette of vibrant colors. Nonetheless the viewer is not presented with a romanticized, two-dimensional image of the country, and its problems – HIV, crime – are shown as much as its attributes. 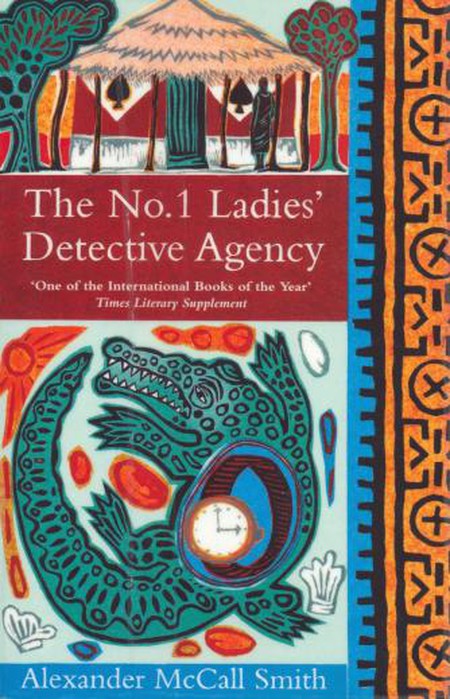 The pilot episode of the series was screened in 2008, with a six-part series following, that ended in 2009. Helmed by legendary director Anthony Minghella, the adaptation was initially conceived as a film. However, concerned that it did not adhere to the conventions of the crime genre, he instead proposed its destination as television, and the first part aired as a feature-length episode. No doubt, this decision was a wise move. The strength of McCall’s books lies not in action-packed story, but instead a meandering, gentle plot trajectory. Given the time to develop the various characters and relationships over the course of the series, the audience was provided the chance to be fully immersed in the close-knit community shown on screen, much like the episodic series of novels.

In interviews McCall Smith reveals that although Mma Ramotswe was not based on someone he specifically knew while living in Botswana, he did want to write a book about a cheerful woman from a traditional background, after witnessing a similar character try and capture a chicken for his friends – clucking as she ran – on Botswana National Day. Mma Ramotswe is an affectionate and unique character but also, as McCall Smith stated in an interview with HBO, ‘someone who has a sound, intuitive knowledge of what’s what’. Ramotswe’s quick witted and matter-of-fact approach to solving the mysteries that arise throughout the series and her traditional, positive and honest persona allowed the audience to develop a familiarity with her character, making the popular drama easy and funny as well as culturally revealing. 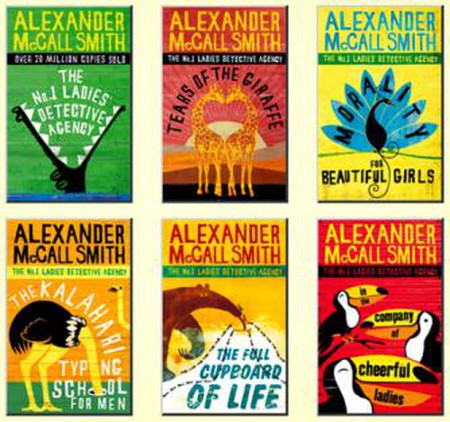 Alexander McCall Smith is a prolific author who has studied and worked in many countries abroad (including Botswana) and is published in over forty languages around the world. Known for other series such as 44 Scotland Street, The Sunday Philosophy Club and Corduroy Mansions, McCall Smith has sold over twenty million copies of The No. 1 Ladies’ Detective Agency.

Botswana is often described as different from other countries in Africa due to its relative prosperity, which came about because of the discovery of diamond deposits shortly after its independence in 1966 but also due to its good governance. When speaking about his time there, McCall Smith talks about the spirituality of Botswana’s landscape in relation to writing the series. He describes it as a great natural theatre of light, filled with wonderfully peaceful expanses of countryside and one can imagine this as an inspiration to the setting of his books. McCall Smith matches that with the solid down to earth character of Mma Ramotswe, the homespun morals found in her gentle and forgiving approach to the chaos around her and her uniquely grounded nature.